A Dance Between East and West 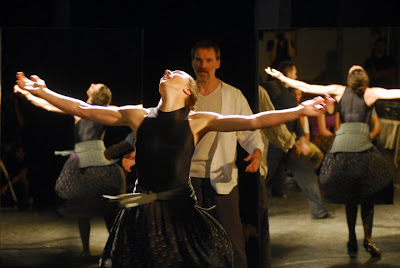 Pina Bausch once said, “Dance, dance, otherwise we are lost.” A bit like the recent Wim Wenders documentary that immortalized the renowned choreographer (if her dances didn’t do so already) does the new dance feature The Maiden Dance to Death dramatize a story of people rediscovering themselves through the art of dance. An impressive story of the arts and of cultural expression, The Maiden Danced to Death is a notable international co-production between local and European filmmakers. 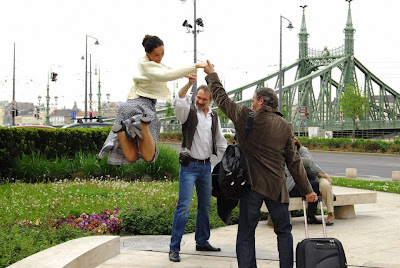 The international scope of the film is necessary, for The Maiden Danced to Death is a lively tango between east and west, tradition and modernity, and the personal and the political. When Steve Court (played by writer/director Endre Hules) returns home to Budapest, he finds life much as he left it. Steve, who goes by the anglicised version of his name István, comes back after living in Canada for twenty years. His brother, Gyula (Zsolt László) welcomes him warmly and seems to forget two decades of estrangement when Steve returns to the dance company the two shared. Steve returns just as Gyula begins to stage a production of “The Maiden Danced to Death” with the company. The show is one that Steve knows well and he convinces his brother to let him act as the producer since he is now a big mover and shaker for dance groups back in America. 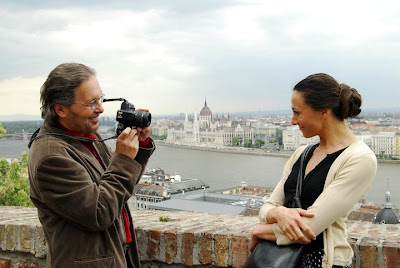 Much like the dance with the devil in Black Swan, though, the production of “The Maiden Danced to Death” offers an act of art imitating life. The dance focuses on one girl who is caught between two worlds as she struggles to reconcile her desire for a lover against the suffocating binds of tradition. As the rehearsals begin and the production progresses, the dance troupe sees a stark clash in attitudes and work ethics between the brothers. Steve, a tech savvy and fast-talking capitalist, represents the new world order. Gyula, on the other hand, is a man of old school Europe. Complicating matters is the fact that Steve’s departure from Hungary stemmed from a defection from the Communist party while his brother and father both remained stalwart members. Steve was also shut out from the country and his family those twenty years ago, as his passport was revoked while he was outside the nation’s borders. His return soon opens old wounds, especially during a cold family dinner. 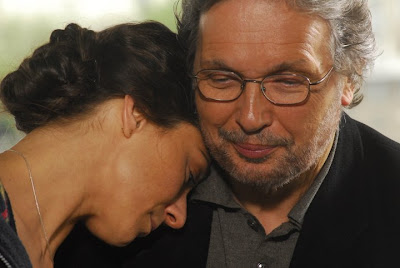 Caught at the centre of this clash of ideology and culture is Mari (Bea Melkvi), Gyula’s wife who happened to be Steve’s lover before he was exiled. Mari is also the star dancer of the troupe and, like the maiden, finds herself in a frantic bit of footwork as she dances between her loyalty to Gyula and her old feelings for Steve, not to mention her desire to see the company perform well at a time when it looks to be on the brink of collapse.

The film takes its story from east to west, as Steve returns to Canada to raise funds for the production. Life in Canada seems much less desirable than that in Hungary, as the scenes in Canada (Ottawa doubling for Montréal) are loud and claustrophobic. Upon his return, Steve discovers that his wife Lynn, played by Deborah Kara Unger (The Way) in a small but meaty role, has emptied their house and left with their son. Lynn also tries to shut Steve out of his own company, but he prevails and puts up his share in the company as collateral to ensure funding for the production of “The Maiden Danced to Death”.

There is a struggle for transition underlying The Maiden Danced to Death, but Hules is careful to ensure that neither brother is without blemish. Embodying the old and the new Europe, both brothers are flawed characters trying to find where their way of life fits in with the rest of the world. The lack of a skewed perspective is one of the finer points of The Maiden Danced to Death: all the relationships have a hint of uncertainty and both sides of the coin, as the brothers aptly call themselves, must work together to form one cohesive production. The politics of the film are open and refreshingly debatable, and one can see how reception to the film could vary from place to place. (In the post-screening Q&A following Wednesday’s show at The Mayfair Theatre, producer Michael Dobbin noted that audiences in Hungary generally view Gyula as the protagonist of the film and Steve as the antagonist, while North American viewers – including yours truly – tend to see the brothers from the opposite perspective.) 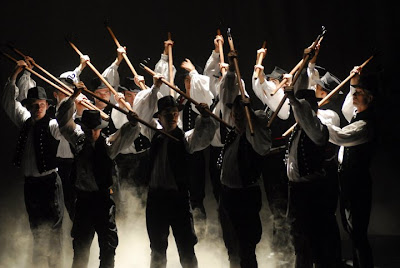 The dance sequences in The Maiden Danced to Death are elegant set pieces and pieced together in a lively tempo by editor Mark Adam. The film also looks gorgeous, especially the final numbers of the film, thanks to cinematographers Zoltan Honti and Oscar winner Vilmos Zsigmond (the latter’s involvement is a particularly notable coup for this small production). Perhaps best among the rhythms of the dance are the accentuations of the sounds of the Hungarian dance routines. The slaps and stomps take on a lively and intimidating cadence, and they often double as the film’s dramatic score.

The performances are also fine. Bea Malkvi is especially striking as Mari. The film also has some nice cameo appearances by Canadian actors Stephen McHattie (Score! A HockeyMusical) and Gil Bellows (A Night for Dying Tigers). Finally, within this perceptibly transnational tale and production, The Maiden Danced to Death boasts some impressive post-production work by local talents and some brief location shots in the Glebe, so Ottawa viewers will surely want to see this one.

The Maiden Danced to Death screens again Thursday July 19 at The Mayfair (Bank).
It is also available to rent on iTunes.