Hide Your Kids! Hide Your Wife!

The Woman in the Fifth 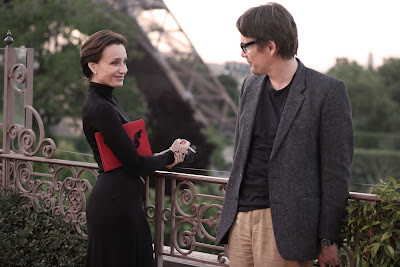 Hide your kids! Hide your wife! Kristin Scott Thomas is back in the deranged diva role and this time she is wreaking havoc on the life Ethan Hawke. Although Scott Thomas gets the titular title role in this art thriller by writer/director Pawel Pawlikowski (My Summer of Love), the lead of the film is Hawke’s tormented American in Paris. That’s too bad, though, since the former easily gives more spark to the film than the latter, and so The Woman in the Fifth, based on the novel the Douglas Kennedy, never quite achieves the greatness for which it has potential.

Hawke’s Tom Ricks, a writer and university lecturer, arrives in France and explains to a customs officer that he plans to join his wife and help raise their daughter. However, when Tom reaches his wife’s fashionable Parisian apartment, she slams the door in his face and calls the police. She feels that he’s too dangerous to see their daughter, Chloé (Julie Papillon), but the young girl returns from school before the police arrive. She thought that her father was in jail, yet Tom simply informs her that he was unwell before he gives her a hug and flees the scene.

Tom escapes the po-po by hopping a city bus. Jet lag takes its unfortunate toll and Tom falls asleep en route and awakens to discover that himself robbed and stranded in the seedy side of town. Tom’s misfortune disproves some misconceptions about the French, though, and the American traveller receives some kindness from Anna (Joanna Kulig) and her employer Sezer (Samir Guesmi), who allow him to stay at their hotel without paying.

As one expects, Sezer soon asks Tom to pay his bill. It’s a sketchy job offer, but all Tom needs to do is sit in a locked room and man a door. People come and people go, but nobody seems to stay in the underground meeting place where Tom earns his keep. The weird noises and blood trails suggest that this is an undesirable and transient place, yet the job gives Tom a few quiet hours to write to his daughter and express his desire to see her. 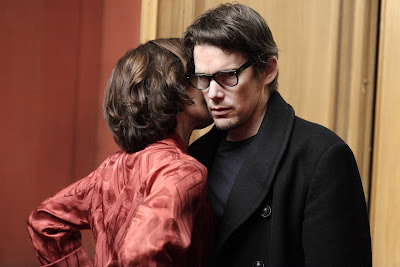 Tom gets involved in more shady business when he begins an affair with a French-Romanian widow named Margit (Scott Thomas). Tom meets Margit at a fête for Parisian literati and she seduces him with her story of life as the wife and translator for her late husband whose work never quite took off. Margit, a well-read nympho, invites Tom to her flat in Paris’s 5ième arrondisement, and a strange, sensuous love making session ensues.

As Tom’s affair with Margit progresses, his life becomes increasingly turbulent. Like Pawel Pawlikowski’s previous film My Summer of Love, The Woman in the Fifth is an enigmatic romantic thriller. As lensed by cinematographer Ryszard Lenczewski, the film is a stylish affair and features some beautifully composed set pieces and some evocative shots of Paris at night. Good, too, are the mysterious intercuts to the fantasy forest world that Tom shares with Chloé, which pose an artful brainteaser when they begin to seep in to the rest of the narrative. Unfortunately, though, The Woman in the Fifth teases things out far too slowly. As a potboiler, it simmers a bit too long. It crawls along for the majority of its running time before it reveals a doozy of a twist in its final act, but Pawlikowski removes the pot from the burner and rolls the credits just as soon as the film starts to pick up steam. 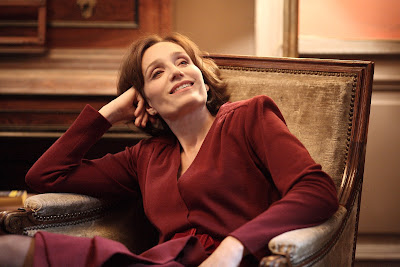 The Woman in the Fifth plays in Ottawa at The Bytowne through Tuesday, July 31 and at Mayfair Orleans beginning Friday, August 3.