To Rome with Woody

To Rome with Love 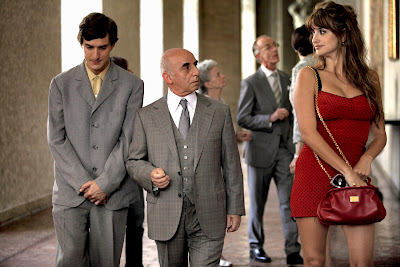 After thirty years in New York, Woody Allen has been quite the traveller. He’s gone all over Europe the past few years, and he’s nary missed a beat. Woody went to London in 2005 and made a career comeback with Match Point. He visited the city again in Scoop (2006) and You Will Meet a Tall Dark Stranger (2010). The latter films proved lots of fun, but, much like the earliest visit to a foreign land, the first trip remains the most memorable.

The Woodman went to Spain in 2008’s Vicky Cristina Barcelona and struck gold again. The greatest stop on Allen’s whirlwind adventure, though, is surely last year’s Midnight in Paris, which is a truly enchanting tale that ranks among Allen’s best and most inspired work. After the greatness of Midnight in Paris (my #1 film of 2011), it therefore pains me to say that Woody seems a little tuckered out as he reaches the end of his European blitz with To Rome with Love.
This year’s Allen film does not mark the director’s first trip to Italy. If you’ll recall, Allen’s under-rated and under-seen 1996 musical Everyone Says I Love You featured Allen singing amongst the canals of Venice with Julia Roberts and Goldie Hawn. Everyone mostly takes place in New York, though, so few credit it as the start to Allen’s Eurotrip.

To Rome with Love features some of the observations of Italian life that make Everyone Says I Love You such a winner. Italy is a ripe, romantic country that is full of the arts, cultural, history, and vibrancy that form the essential core of the Allen oeuvre. The eccentric maze of the Venetian streets offers a farce that plays out dandily in the misadventures of Rome, too, in one of the film’s best scenes. However, it’s mostly the piquant bit of Italian sexiness that tinged Allen’s tongue in Venice that inspires much of his trip to Rome. 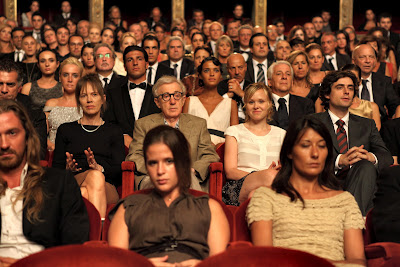 The film offers an exhaustive ensemble cast that plays upon various aspects of Italian culture in four cross-cut storylines. Even in the film’s introduction to these stories does it seem like To Rome with Love has more material than it needs. The film begins with a direct address from a traffic cop – a nice Allen touch – as he tells the audience how much they will love the sights and sounds of Rome. He then introduces one storyline about an American tourist named Hayley, played by Alison Pill (aka Zelda Fitzgerald in Midnight in Paris), who stumbles upon Michelangelo, a sexy local Roman played by Flavio Parenti (I am Love) as she is lost within the streets. Hayley and Michelangelo hit it off and have a whirlwind summer romance, and the primer for their story ends with the introduction of Hayley’s parents (Woody Allen and Judy Davis) as they fly into Rome to meet her. The traffic cop then briskly rambles off the other three storylines as quickly and erratically as an Italian drives through rush hour. 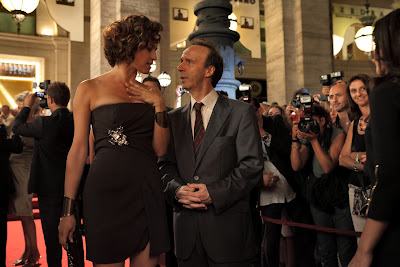 Like most trips, To Rome with Love proves the perils of travelling with a large group. Although each of the three stories is funny and endearing in its own way, the film is overdrawn and overloaded. The storyline with Roberto Benigni’s character feels wholly redundant, for it could have been summed up in one or two scenes about the legacy of the paparazzi in Italy and the frivolity of celebrity, both of which are essentially covered in the subplot with Allen’s character and Michelangelo’s father (tenor Fabio Armiliato), who turns out to be a star opera singer in the shower. Similarly, with so many characters, it seems that there are many stars with little to do. The return of Judy Davis in an Allen film is an event in itself, but she is reduced to psychoanalysis and background noise. Greta Gerwig is tragically wasted in the love triangle storyline with Jesse Eisenberg and Ellen, which is especially unfortunate because her natural neuroses and lively energy makes her the ideal candidate for an Allen film amongst the younger cast members. Page, however, is gratingly annoying, but gets oodles of screen time. 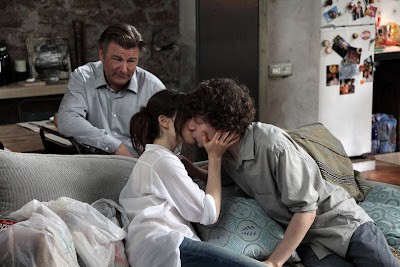 On the other hand, there are plenty of worthy attractions in the sizable cast. Alec Baldwin is lots of fun as the little devil on Eisenberg’s shoulder. Ditto Penélope Cruz in her second outing as one of Allen’s eccentric and sexually liberated ladies. The fast-talking, hand-gesturing Italian cast members are also a perfect fit for the zaniness of Woody’s dialogue, especially Alessandro Tiberi and Alessandra Mastronardi as a pair of provincial newlyweds.

It’s often easier to nitpick about the cons of a foreign place, so one should not overlook all the fine points that Allen brings out in Rome. He imbibes every storyline with the palpable eroticism, sexiness, and romance of Italian culture. Each vignette offers a fun story of travellers who indulge a bit too much in the allure of Rome, which is probably played out best in the Italian-language storyline featuring Cruz’s saucy hooker and the prudish newlyweds played by Tiberi and Mastronardi. Likewise, the glowing cinematography by Darius Khondji oozes sex and captures the postcard perfect scenery of Rome in arousing soft light.

The downfall of To Rome with Love may simply be its status as the follow-up to Midnight in Paris. With Midnight in Paris Allen seemed to articulate most successfully all the anxieties and ideas that he has grappled with throughout his career. The city of Paris itself arguably offers the most inspired setting for his work, not to mention the greatest counterpoint to his nostalgic-laden Manhattan-set films. Rome offers an ideal setting for a light romantic comedy, and To Rome with Love is surely that, but nothing more. It’s fun and mostly satisfying, but it’s simply a limp noodle compared to the dish that Allen served up in Paris.

To Rome with Love is currently playing in Ottawa at The Bytowne, the Empire Kanata, and Silver City Gloucester.