Falls Short of the Legacy 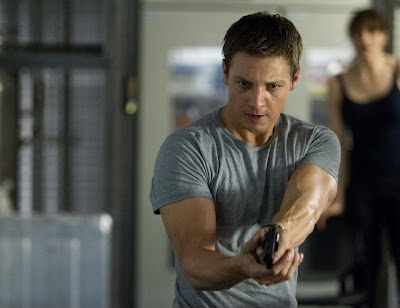 This week’s blatant cash grab in the summer where originality came to die is the fourth installment in the Jason Bourne saga. Jason Bourne (Matt Damon) is nowhere to be found in The Bourne Legacy except for a few brief mentions and archival photos. The series is well served, but hardly reborn, with Jeremy Renner’s turn as Aaron Cross. Cross is another spy in the covert government program that gave rise to Jason Bourne. The Bourne Legacy recycles styles and sequences from the Matt Damon trilogy, but for all its redundancy, the film is nevertheless a wild, thrilling, and entertaining spy flick. 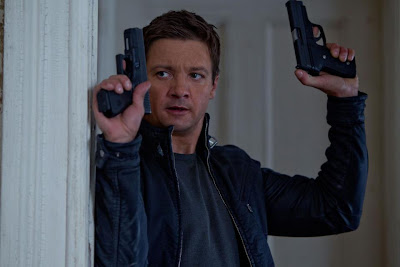 The action of The Bourne Legacy occurs somewhere near the endpoint of The Bourne Ultimatum, which is the third and best Jason Bourne movie. Viewers who have not seen the previous Bourne film will be hopelessly lost in The Bourne Legacy because the drama occasionally intersects with that of Ultimatum, although few of the series’ original characters actually appear in the film. Things are referred to and the discussions are all very hush-hush, so The Bourne Legacy has a good deal of intrigue and espionage.
Since Legacy starts a new tale in the midst of old drama, it is really more of a pseudo-origins story or a spin-off than a continuation or a sequel. Aaron Cross begins the film in a sort of training exercise. Like Jason Bourne, he has brute strength, slick agility, and fine survival skills. Aaron also has the troubling fragmented memories that Bourne has. They’re two products spit out by the same machine.

Aaron’s assignment becomes a rapid-fire quest to stay alive, though, when he and his contact/fellow mercenary (Oscar Isaac) are targeted by search and destroy missiles. Aaron survives thanks to an impressive action sequence involving hungry wolves and stealthy aerial warfare. He then scrapes together enough memories to create a lead to find out who is trying to kill him.

In the meantime, people involved with the top-secret mission are dropping like flies. Agents are falling off the radar and there is even talk about taking out Pamela Landy (Joan Allen), Bourne’s ally who blew the whistle on the Treadstone operation. Behind all the renegade hits is Retired Col. Eric Byer (Edward Norton), the man who recruited Aaron Cross for the job. 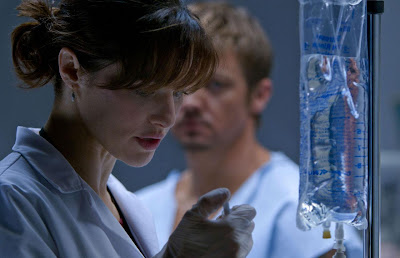 Crosscut between those scenes – there is a lot going on in The Bourne Legacy – is some action at a lab that runs tests on the agents. Dr. Marta Shearing (Rachel Weisz) performs routine analysis on the men. She seems like a small fish in the whole operation. Her status rises to big fish, though, when one of her colleagues opens fire on all the doctors working in the top-secret lab. As the lone survivor (and the one who appears in Aaron’s memories), Marta is the missing link between all the hocus-pocus and housecleaning.

Much is introduced and discussed in all the frenzy of The Bourne Legacy, but it amounts to surprisingly little. A lot of the dialogue is comprised of grandiose speeches and hyperbole, too, so it seems as if the mystery of Aaron Cross (if one can even call it that) will unfurl a new climax in the Jason Bourne drama. It doesn’t. The film merely offers lots of fanfare and then piddles out in its final act.

It’s not as if the Bourne team has sent out a mercenary death squad to put a hit on the franchise. The Bourne Legacy is just an unnecessary addendum to a strong finished product. It’s like adding filler to a burger that tasted good because it packed so much meat. Like the old processed McSomethings, The Bourne Legacy satisfies for its quick thrill but it offers nothing substantial. One could hardly say the same about the previous three installments in the series.

One might think it unfair to judge one film against the films that came before it, but since the new Bourne movie aligns itself within their legacy – and specifically chooses to evoke their legacy in its title – then one must see if the new instalment upholds that legacy. This film does not. I remember walking out of The Bourne Ultimatum with my knees shaking from adrenaline because I felt as if I had just survived a series of high impact collisions in a speeding car. I felt the same after I saw the film a second time in the theatre.

The Bourne Legacy, however, almost proceeds like an algorithm. It moves through scenes of dialogue and scenes of action at routine intervals. It feels too procedural, even if it adopts the hyper-kinetic style of the Paul Greengrass Bourne films. Director Tony Gilroy, who wrote the previous Bourne trilogy, just doesn’t pull it all together as well as his predecessor did. 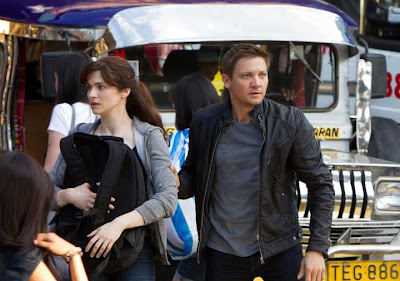 Although much of the above review veers on the critical side, one can hardly accuse Gilroy et al of making a bad film. The Bourne Legacy might be nowhere in the league of its predecessors, but it is still a riveting piece of escapism with good action scenes and entertainment value. Jeremy Renner (The Hurt Locker) gives a solid turn that is worthy of Matt Damon’s Jason Bourne, and Rachel Weisz is characteristically strong as his eventual ally. The failing of The Bourne Legacy could be that it evokes a precedent rather needlessly.

It might not be until Moby’s “Extreme Ways” plays over the end credits that one remembers that one is watching a Bourne film. The memory could evoke some disappointment, but Legacy works as a stand-alone piece of entertainment. One might best enjoy the film with a case of amnesia and the memory of the other Bourne movies erased.


The Bourne Legacy is currently playing in wide release.