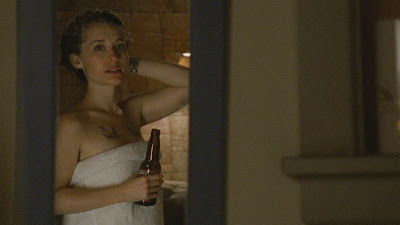 The hook of Marilyn is that Patrick “Paddy” Mitchell penned it during his term in Leavenworth Prison. The Ottawa-born Mitchell, who was the former leader of the Stopwatch Gang of bank robbers, landed on the FBI’s list of wanted criminals following a string of burglaries that allegedly exceeded 100 banks. Mitchell wrote the story of his arrest after being caught in 1994. He died of cancer in 2007 at the age of 64 while serving his sentence in prison. His posthumous story – a story of how far one man will go for love – appears in its final version as Marilyn, which screened at the Ottawa International Film Festival on Friday.

As written from the perspective of its own subject, Marilyn certainly has a sense of authenticity if one compares it to other true crime stories. Ryan Robbins plays Mitchell in the film, and the Marilyn chronicles his final heist before his capture by the authorities. Mitchell, going under the alias of Michael in the film, is en route to California for another score. He comes to the aid of a young girl, a blonde bombshell named Marilyn (Allison Mack), at a truck stop. She’s on the run and needs his help. Michael and Marilyn high tail it down the freeway as if they’re Thelma and Louise. 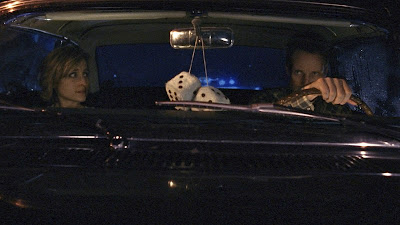 Marilyn is pure white trash. A fast-talking, foul-mouthed hustler, Marilyn knows little else besides her good looks and her ability to use them to get what she wants. Michael, despite his tattoos and scruffy appearance, acts like a straight-laced man who must keep up appearances for his wife and kids. Michael is forty and Marilyn says she’s twenty (but is probably eighteen) and they seem like a mismatched pair. A friendship develops nevertheless as each comes to the aid of the other during the getaway.

They finally arrive at a seedy motel in Los Angeles. Michael lets Marilyn shack up with him for the time being since he could use an extra body for cover. Unbeknownst to Marilyn, Michael is in town to rob some armoured cars. He is also wanted for a string of bank robberies, which might explain why he first hesitated to be seen with a woman who turns so many heads. 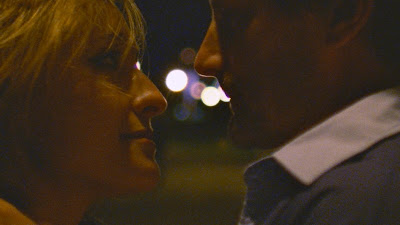 Marilyn almost works as a love story and as a crime drama. It comes close thanks to the strength of the performances by Robbins and especially Mack, but Marilyn is ultimately a one-note buddy movie: it’s surprisingly boring for a film with so much sex appeal and risky business. The film can hardly escape the predictability of its script, not to mention the burden of clichés that appear throughout. Moreover, the film is shot in a retro grindhouse style, but the effect doesn’t really work. Scratches and dirt mark just look strange on digital.

The notoriety of its story and screenwriter are bound to gain some attention, and Smallville fans will appreciate this feature performance by Mack, but Marilyn hardly delivers anything beyond novelty. Marilyn, unfortunately, seems like the kind of movie that you catch when you turn on the TV at 2 am might morning and watch from under droopy eyelids as you fall asleep on the couch. That’s probably more comfortable than falling asleep in the theatre.