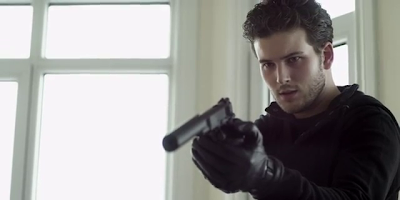 Writer/director Martin Forcier expands upon some characters and themes that he and his team established in the 2011 short Inescapable. Undercurrent features the morally grounded and philosophical hit man named Ray, played by Jon McLaren who reprises his role from the short. In Undercurrent, Ray walks into town one day in need of a job. He performs a test hit on an unsuspecting man. Ray makes a quick, clean kill and impresses the local crime lord (Barry Blake). 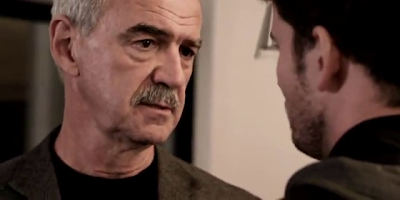 As Ray narrates throughout the film, killing is a dangerous endeavour on a man’s soul. He recalls the memory of his first kill – “You never forget your first,” he says – and it returns to him after each new job. The memory is not like a recurrent nightmare or a tormenting affliction. It’s more like a qualitative element against which Ray can justify his kills.

Despite his experience and obvious skill, Ray never shakes his need to reflect upon his actions. One musing likens the homicides to a violent tide or a cold current of water pushing down on his chest. Even though Ray’s job violates numerous legal, ethical, and moral codes, he still finds ways to rationalize the necessity of his work.

Forcier exemplifies Ray’s moral character in the sequence detailing his second Ottawa-based hit. The job is supposed to be a cinch, but it goes down badly. The mark is in the process of taking his own life when Ray stealthily walks up behind him in his apartment. One would think that Ray’s job is done for him. It’s all too easy, however, until Ray finds that the accountant made one last move before being brought to trial. 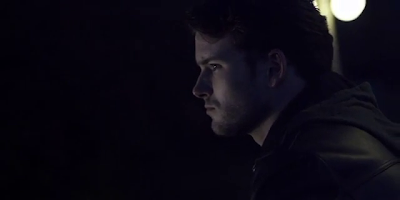 The new turn of events leads Ray down a road of vigilante justice. Surprisingly enough, though, the mob boss does not meet his actions with reprimand, but instead with a raised glass of single malt scotch. A strange moral ambiguity resides in the characters of Undercurrent. The fresh dimensions of these mobsters allow the film to do something new with the genre and they often play off the philosophical voiceover and epigraphs that appear throughout. Ray commits crimes on Ottawa residents, to be sure, but in some cases, it seems that his only violation is against written law.

Undercurrent generally steers free of clichés (capisce?) and makes a welcome companion to last year’s A Violent State. Undercurrent, if a bit heavy at times, arguably boasts some of the most impressive technical work and production value in recent films made by the local scene. It also scores well with leading man Jon McLaren, who waits until the last moment of the film to give the audience any outward expression of Ray’s mental and emotional strain. Undercurrent is a dark, brooding crime drama that should play well with genre fans outside of Ottawa’s film community.