The Road to Awareness 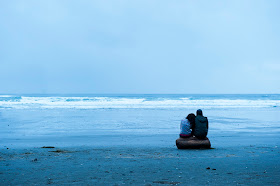 So many dramas tell of characters fighting cancer or living with AIDS. Some films show people who must deal with erectile dysfunction. Seinfeld even devoted a whole episode to gonorrhea. Some diseases are just catchier than others are.

One of the less sexy maladies of the movies is cystic fibrosis. Foreverland makes a noble effort to curb the neglect for this difficult disorder by drawing attention to the conditions with which one must live if one suffers from it. It’s a personal effort for director/co-writer Maxwell McGuire, who suffers from cystic fibrosis himself. McGuire’s lifelong battle with c.f. – a terminal disease for which persons affected average a lifespan of less than forty years – rings throughout this touching story of a young man struggling to find a positive outlook on his bleak prognosis. 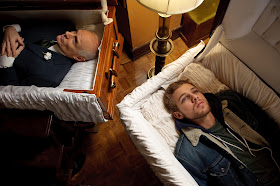 Max Thieriot (Chloe) stars a Will Rankin, a young man with cystic fibrosis who has just reached his twenty-first birthday. Will has accepted his fate and has a morbid habit of shopping for coffins to see which one is the best fit for the after-life. His visits with the local undertaker take an obvious cue from Six Feet Under, but like the HBO show, Foreverland uses the topic of death to teach the audience about life.
Will’s birthday is an important milestone for the film’s introduction. One of Will’s close friends and co-combatants of c.f. has recently passed away at the age of 21. That friend, Bobby (Thomas Dekker), leaves as his final request to Will that he travel to a small church in Del Sol, Mexico where he will then scatter his ashes at fountain that is rumoured to have the power to heal. Will hesitates because his coughs are getting worse and any trip away from Vancouver could bring death; however, another trip to the hospital calls Will’s attention to all life’s unfulfilled wishes.

Will then sets forth with his parents’ blessing and a vintage Mustang as a birthday gift. Will is joined by his late friend’s sister, Hannah (Laurence Leboeuf), who gives a necessary sparkle to Will’s dreary attitude. The two friends make an Elizabethtown-y road trip along the Pacific Coast Highway all the way to the heart of Baja, Mexico. The beautiful scenery and eclectic soundtrack move the film along during the slow detours of the trip, since much of the exposition and first act serve to highlight the symptoms, infections, monitoring, and maintaining of cystic fibrosis. What’s lost in character development is made up in detail of the disease.

The film gains an edge, though, when it lands in Los Angeles around the midway point. In LA, Will makes an emergency stop and visits his aunt. Aunt Vicky is a strange, awful woman whose harsh words give Will an important perspective on how to view his condition not as a debility, but as a motivation to pursue a happy life, even if it’s short lived. Aunt Vicky is played by Juliette Lewis and the actress handles the acerbic scene with a delicate skill. 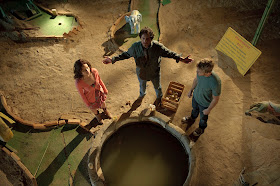 Once Will and Hannah finally make it to Mexico, Foreverland introduces another colourful character, but one with a much different effect on Will and Hannah. That man is Salvador, the man who works at Del Sol where Will plans to scatter Bobby’s ashes. Recent Oscar-nominee Demián Bichir plays Salvador – a fun, scruffy man – and his performance gives the film the right tone for which it’s been searching for most of the film: light-hearted, but sympathetic. There might be a whiff of exoticism in way that Foreverland contrasts  rainy scene in British Columbia with the happy Corona drinking fiesta in Del Sol, but the final act offers much warmth and poignancy, most of which comes through Bichir's performance. Foreverland presumably received a stronger release due to the recent success of Bichir’s work in A Better Life, and that’s fair since fans who see the film out of interest for his work likely won’t be disappointed.

The attention drawn by names such as those of Bichir and Lewis should ultimately help Foreverland achieve its objective. The drama rises mostly in the moments in which Will and Hannah encounter the colourful characters, and the scenes in LA and Mexico turn Foreverland into something more than a sweet little road movie. The developing love story between Will and Hannah is a cute, if predictable subplot, but it’s the scenes in which Will is forced to confront his condition that best illuminate the plight of people living with cystic fibrosis. Even if the drama itself rarely moves beyond the realm the sentimental message movie, Foreverland makes a fair, objective plea for public awareness and support, and audiences should consider it a success for that very reason.