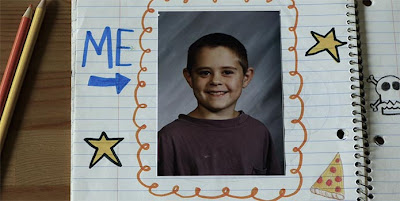 Langley, BC native Lewis Bennett made himself the New Year’s resolution that he would make one film a month that tackled local issues. He began by discussing all those severed feet that were washing up on the shores on Vancouver in his January film, Feet. In March, Bennett tackled the subject of gangs and youth violence along with co-writer/do-director Calum MacLeod. March’s installment, Asian Gangs, also happens to be screening within the Short Cuts Canada Programme at this year’s Toronto International Film Festival.


Asian Gangs is a hilarious documentary. Bennett introduces the film in voice over and describes a day when he got into a fight on the soccer field in Grade 5. He says that his schoolteacher warned him to curb his bad behaviour unless he wanted to end up as a member of an Asian gang. As the shot cuts to Bennett and shows him to be a twenty-something white guy, it’s hard to tell if the film is truth or fiction.

Bennett continues and describes his “idyllic childhood” and wonders what prompted the Asian gang omen. To help uncover the truth, Bennett interviews his mother, his friends, and even his schoolyard nemesis to see if he is indeed part of the Yakuza. His mother denies ever haven a night of drunken sex with an Asian man (even though Lewis has never seen his mother pay for Chinese food), nor does she recall any Asian lineage that might make her son a candidate for the Asian crime world. Even his Asian friends admit that they are not gang members, so he seems to be missing a vital link.

By using humour to ruminate upon Bennett’s own life, Bennett and MacLeod find an excellent slant towards unearthing the heart of the problem of youth violence. The tactic allows the filmmakers to analyze the subject indirectly. The farcical approach to Bennett’s ethnicity and upbringing lets the film show the role of social determinacy and the level that one’s education, background, and parentage factor into one’s likelihood of becoming involved in deviant behaviour. The jokes also grant the arguments more weight once the film turns towards a more serious note in its final moments. It’s impressive how candidly the film approaches such a weighty subject.

A self-described “smarmy documentary,” Asian Gangs is timely companion piece to films like Bully with how it addresses violence and crime amongst youth. It’s very funny, yet also very smart. Asian Gangs starts out as the class clown, but ends as the star student.

Rating: ★★★★ (out of ★★★★★)
For more info and show times for Asian Gangs, please its page on the TIFF website.
The Toronto International Film Festival runs September 6-16.

Also reviewed from the Short Cuts Canada Programme are Frost and Dear Scavengers
Posted by Pat Mullen at 8/21/2012 09:52:00 AM