TIFF 2012: Festival Scorecard and 'Best of the Fest'

Eleven days and thirty-four films later, the 2012 Toronto International Film Festival has come to a close. A big thanks goes out to all the programmers, staff, and volunteers for putting on the best edition of the festival I’ve seen so far. Thanks also to all the friends – new and old – who joined me for movies this year. The only thing better than seeing so many great films is chatting about all the goodies I missed. One of the best things about TIFF is that the festival is so large that one can see 3-4 films per day and still have lots to look forward to in the upcoming months. The size of the festival might now be one of its only shortcomings, though, for it’s impossible to see everything and it’s even harder to gain much consensus since so many people see so many films. I sometimes found it frustrating when I would hear good word on a film, but only after it has quickly come and gone. Cough, cough, Silver Linings Playbook, which won the Cadillac People Choice Award. (Festival award winners can be found here.) On the other hand, it really is nice to know we’re in for some exciting months ahead.

The offerings at TIFF were strong this year. I enjoyed most of the films I saw. Save for one, they all had something to offer. (And the festival’s clunker provided some of the most entertaining film debates I’ve had in a while.) From Joe Wright’s gorgeously highbrow Anna Karenina to Lee Daniels’ wife-beater The Paperboy, I enjoyed my line-up thoroughly. I had a difficult time whittling down my top picks for the festival, both for films and for performances. I could easily take my picks for ‘best of the fest’ and slap in We Are Wisconsin and The Imposter, and be content with posting my top ten for 2012 today. There are nevertheless three and a half months left until we ring in the New Year, so I’ll make do with a simple best of the fest for now. Without further ado, my pick for the best film at TIFF this year (by a mile) is… 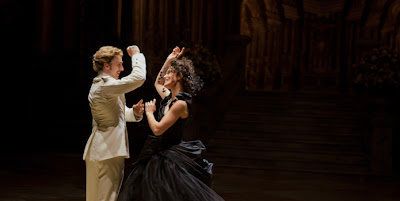 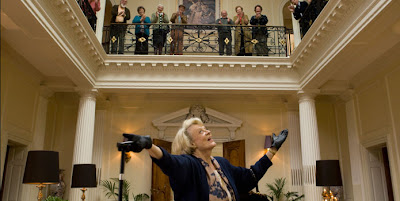 And here is a list of all films reviewed at TIFF this year with their star ratings.
Films are rated out of five and are list in order in which they screened. All titles link to reviews.

And when one festival ends, another begins. I'm headed back to Ottawa and will be covering the annual Ottawa International Animation Festival, so please stay tuned for updates!