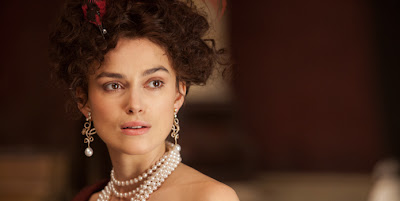 Anna Karenina is a must-see film for anyone with a serious interest in the art of adaptation. It’s a must-see for any serious film buff, really, because this new film by director Joe Wright (Atonement) is very electrifying stuff. Anna Karenina is a bold new take on the classic novel by Leo Tolstoy thanks primarily to the skillful penning by scribe Tom Stoppard (Shakespeare in Love) and the spot-on casting of Wright’s muse Keira Knightley in the title role. Everyone in the production deserves strong kudos, though, because Anna Karenina is one of the most exciting films to hit the screen in some time.


The twist in this version of Anna Karenina is that the entire film is presented as a stage production. Anna Karenina offers some excellent observations on the artifice of social life in Imperial Russia, and Stoppard – a playwright himself – takes the concept of social roles quite literally. All the world’s a stage in Anna Karenina and all of Tolstoy’s characters are merely players in the sham of high society.