TIFF Review: 'Thanks for Sharing' 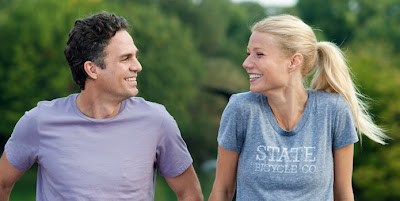 Let’s talk about sex. There’s no shame in probing the secret areas of human desire, as Shame successfully showed at last year’s Toronto International Film Festival through its searing depiction of sexual addiction. Thanks for Sharing takes quite a different approach to the lusty topic of sex addiction than Shame does. A witty and amusing dramedy, Thanks for Sharing marks a good directorial debut for screenwriter Stuart Blumberg, whose most recent credit was the 2010 hit The Kids Are All Right, which smartly depicted the normalcy of same sex parenting.


Thanks for Sharing might not be as smart or as funny as The Kids Are All Right, but it nevertheless offers a refreshing portrait of addiction and recovery after Shame seemed to offer a definitive character study on the condition. Whereas Shame explored the addiction through one character, Michael Fassbender’s Brandon, Thanks for Sharing gives four members of a support group who work together to lead a healthy sex life. The group is comprised of Adam (Mark Ruffalo), Mike (Tim Robbins), Neil (Josh Gad), and Dede (Alecia Moore). There might be one addict too many among the group – there’s five if you count Gwyneth Paltrow’s endorphine-addict Phoebe, who is dating Adam even though she vows never to date another addict. (She’s isn’t aware of his condition, and that makes for an awkward first date if one brings it up too soon.) The group helps convey all the stages, but some of the steps seem redundant.

Thanks for Sharing begins somewhere in the stages where Shame left off. This film is more about the recovery process than the disease itself. There are treatments for those addicted to sex, and laughter--honest, open laughter--might be another one. Additionally, it makes a noble effort to mute the stigma associated with sexual addiction by showing that the condition is not entirely dissimilar to other addictive drives that consume one’s life if they’re not kept in check, such as excessive exercise and dieting. Thanks for Sharing takes a much lighter approach to the topic than Shame does and handles the addiction with comedic lightness. As Mark Ruffalo stated during the Q&A following the film’s screening at TIFF, Thanks for Sharing adopts the tone of having one foot on the banana peel and one foot halfway into the grave. The situations in which the characters find themselves are often perilous and squeamish, but Blumberg makes the road to recovery easy by offering consistent laughs along the way.

The approach works because sex, as we all now, is funny. Some people giggle like a schoolgirl whenever the three-letter word pops up in a conversation. The little laughs elicited by the birds and the bees serve another function, too: Sex makes people feel vulnerable, and laughter helps people mask their insecurity. The comedy in Thanks for Sharing works as much as a defense mechanism for the characters as it does a tool to ease the comfort of the audience.

On the other hand, the comedy sometimes undercuts the urgency of the tale, as one situation too many is played for laughs. The punch line often hits below the belt instead of to the heart or head. Blumberg makes a worthy debut regardless, though, for the topic is brave and the tone balanced. The film features strong work from the ensemble, which includes a surprisingly good turn from singer Pink (credited as Alecia Moore). Pink can act! Blumberg also knows how to use the cinema to enhance his clever script, as Thanks for Sharing makes smart use of the musical score to convey the itch that picks at the addicts as they struggle through their stages.

Thanks for Sharing might not scratch the itch too deeply, but it certainly goes beyond the surface when it comes to talking about sex. When it doesn’t itch, it tickles, and tickles always provide a decent laugh.

Thanks for Sharing opens in Ottawa at The ByTowne Oct. 25.