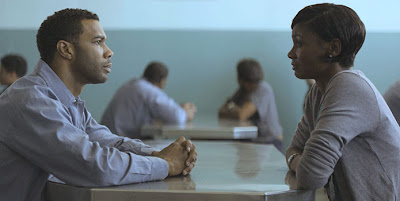 Winner of the Best Director Prize (Dramatic) at this year’s Sundance Film Festival, Middle of Nowhere is a notable independent American film. Writer/director Ava DuVernay tells an important story of the hardships faced by the families of inmates within America’s penal system. Through the story of Ruby (played by Emayatzy Corinealdi) and her endless devotion to her felon husband (Omari Hardwick), Middle of Nowhere shows how a punitive sentence is served by more than just the party behind bars. It’s hard to believe that this is Corinealdi’s first film role, as she gives a heartfelt performance as the resolute Ruby. This intimate film is a fine place to start, but it’s too bad that the Middle of Nowhere doesn’t give her even more room to shine. Aside from one confrontational scene by Lorraine Toussaint as Ruby’s mother, Middle of Nowhere mostly keeps the drama within mid-range. The restraint might prevent the film from hitting home to some viewers, but DuVernay’s even-handed approach is quietly compelling. 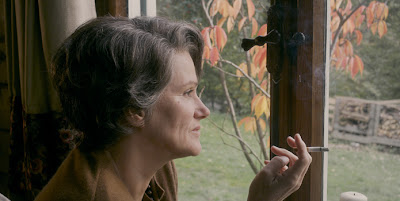 One of the more noteworthy biopics to screen at TIFF this year, Hannah Arendt is a smart look into the life of one of the most influential thinkers of the Twentieth Century, Hannah Arendt (played by Barbara Sukowa, in a very strong performance). Hannah Arendt shows the years in which the philosopher/political theorist travelled to Israel for the trial of a Nazi war criminal and then published her controversial work The Banality of Evil in which she sympathized with the man but condemned the society that enabled the bureaucratic systemization of mass killings. The film evokes comparison to The Reader, as it covers similar moral quagmires that were debated in the Kate Winslet drama. In all fairness to Hannah Arendt, though, she did raise the question first.

An incredibly talky and refreshingly intelligent film, Hannah Arendt smartly explores the life of its subject by keeping the focus restricted to one short time frame. Some flashbacks appear that show Arendt’s relationship with famed philosopher/Nazi affiliate Martin Heidegger, but this femme-centric pic by Margarethe von Trotta knows that the most exciting drama resides in the questions provoked by Arendt’s writings.

Sukowa commands the screen as Arendt, for she is in nearly every frame of the film and boasts a lit cigarette and a burning inquisitiveness in each one. Janet McTeer adds a spot of fun as Arendt’s American friend and ally, and her performance is just one way in which Hannah Arendt keeps itself lively. Far more engaging and insightful than a lecture, Hannah Arendt is sure to enlighten viewers and extend Arendt’s debate well after the final credits.

Hannah Arendt is expected to be released in 2013. 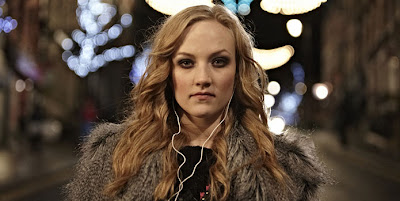 Jump will provide a fun escape in every festival that programmes it. Very much like Doug Liman’s Go with a nod to Lock, Stock, and Two Smoking Barrels, Jump is a high-energy crime comedy set in the Irish town of Derry on New Year’s Eve. Nichola Burley stars as Greta, a sad little angel who plans to ring in the New Year by jumping off a bridge. She’s saved by a random passerby (Ciarán McMenamin), who is on the run after escaping a mad beating. Full of youthful energy and good cheer, Jump never takes itself too seriously. The film is pretty clever, though, with its non-linear structure, and festivalgoers should enjoy the puzzler of this boisterous lark. 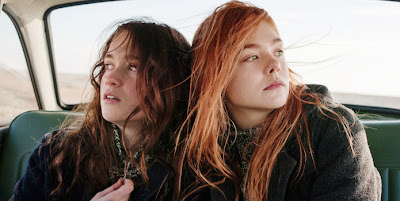 Arguably one of the biggest disappointments of my line-up at the TIFF, Ginger & Rosa is a surprisingly dull effort from writer/director Sally Potter. Potter’s previous works, such as Orlando (1992) and Yes (2004), are some of the most exciting and stylistically innovative films I have ever seen. Ginger & Rosa, on the other hand, is an unbearably slow and static story of two young girls growing up in the looming shadow of nuclear war. The film gives Elle Fanning some strong moments in which she shows her maturity as an actress, but many viewers will likely have checked out of Ginger & Rosa due to the dawdling monotony of its first hour. A strong supporting cast is wasted, too, which makes Ginger & Rosa an especially frustrating film experience. There is so much potential for good in this picture, but like the Cold War, it is all talk and no action.