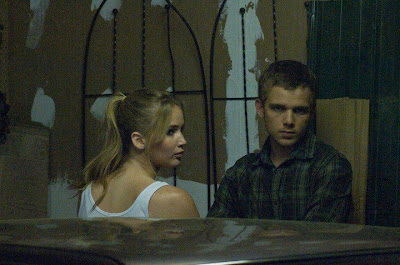 Any Jennifer Lawrence fans on the web? She won our hearts as Katniss in The Hunger Games and then wowed TIFF in Silver Linings Playbook¸ but before those movies premiered, Miss Lawrence was right here in Ottawa shooting the thriller House at the End of the Street. Lawrence stars as Elissa, who moves to a new town and finds herself living next door to a house where a young girl murdered her parents. When Elissa befriends the surviving son (Max Thieriot), she learns the story is far from over. Produced by Ottawa’s ZedFilmworks, House at the End of the Street is a high-profile thriller that is sure to put our local actors and filmmakers on the map.

Thanks to our friends at Invest Ottawa, we can send you and a friend to the Ottawa-premiere of HATES. The screening is Thursday, September 20th at SilverCity Gloucester at 7pm. All you have to do to enter is email contests@cinemablographer.com with the subject ‘HATES’ and provide:

1. Your full name
2. The title of the Zed Filmworks horror flick that recently played at the Ottawa International Film Festival. (Need a hint? Check here.)

Bonus entries go to anyone who RTs this contest on Twitter or shares it on Facebook. Help spread the word on local talent!

House at the End of the Street opens in theatres on Friday, September 21st from Alliance Films.