An Atlas of Funny Faces 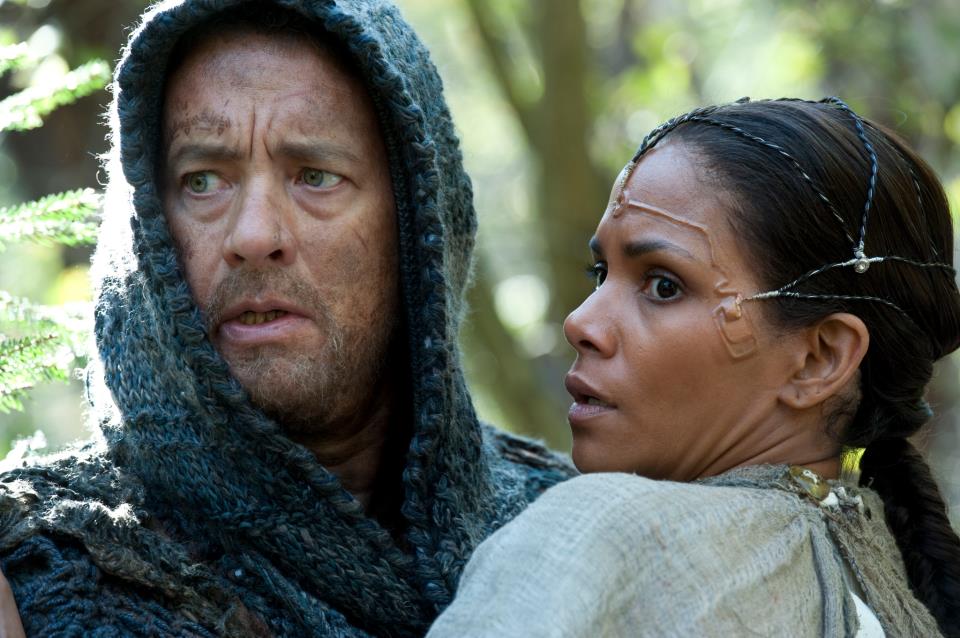 Everyone wants a piece of Cloud Atlas. The star-studded film is based on the acclaimed 2004 novel by David Mitchell, which I haven’t read, but the popularity of the book is evident in the awesome scope of the adaptation. Cloud Atlas is one of the most expensive independent productions of all time: the film cost approximately $100 million to make, with around $20 kicked in by Warner Bros. and the rest of it raised independently. It’s probably a good thing that one investor didn’t sink all of his or her money into Cloud Atlas because the film could have a very difficult time breaking even. It might be too difficult for mainstream audiences and highbrow types might be critical of the glossy production and problematic delivery. Cloud Atlas has an undeniable element of novelty and curiosity, though, so the film could just as easily recoup a large percentage of its costs on opening weekend. It will need strong word of mouth to do good business. 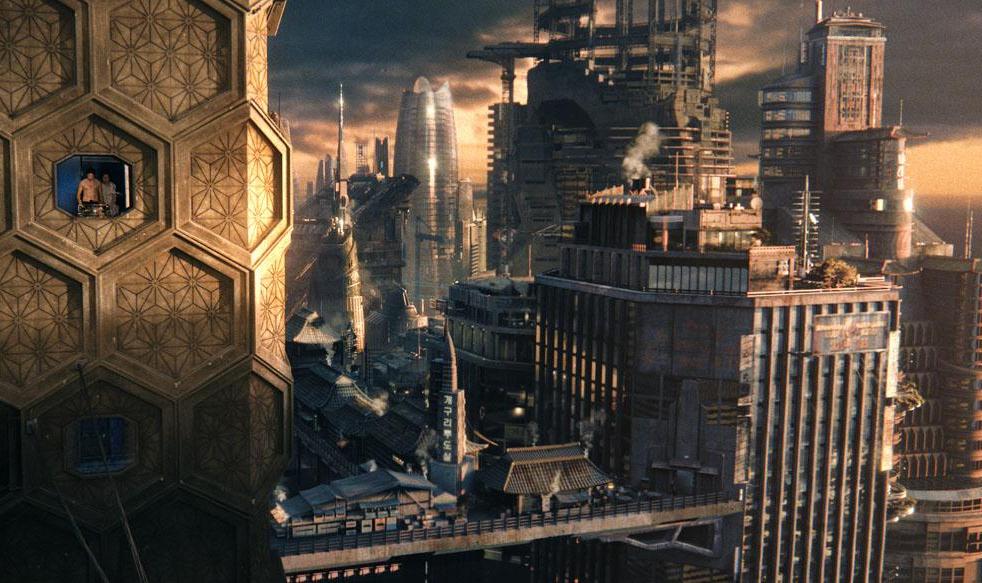 Cloud Atlas will and undoubtedly should find an audience in spite of its ambiguous appeal. The production of the film is outstanding and the visuals alone merit the money spent to see it on the big screen. Likewise, snobby viewers who poo-poo mainstream film might actually appreciate the dexterity of the film, for Cloud Atlas centres around the composition of one musical piece called “The Cloud Atlas Sextet” and likewise tells its story in six movements that are crosscut in an intricate pattern. This ambitious colossus is the collaboration of three visionary directors: the Wachowskis (Lana and Andy, makers of The Matrix) and German director Tom Tykwer (Run Lola Run). Each directorial team shot half the film concurrently with different production crews 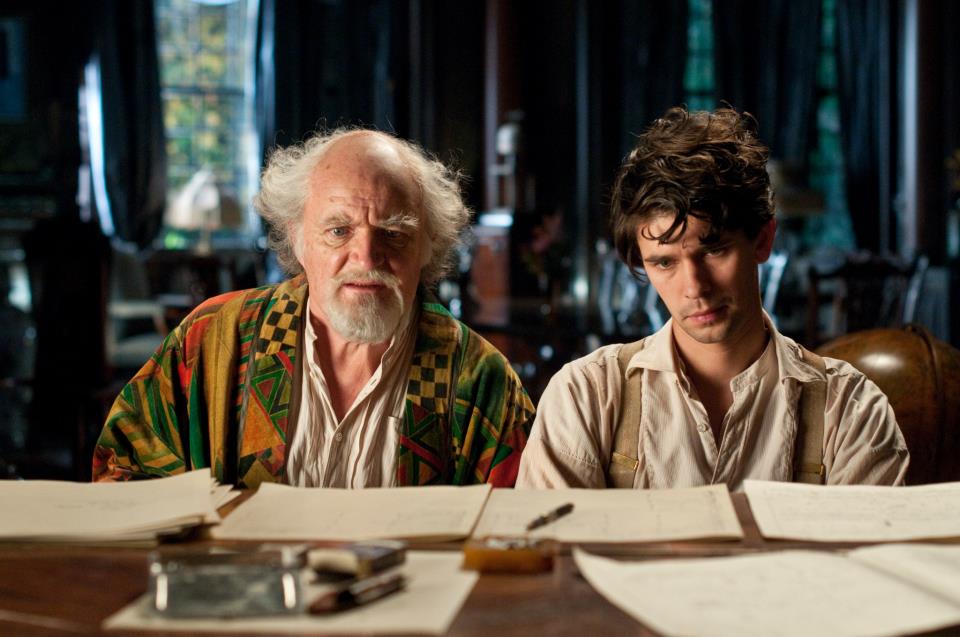 The Wachowskis directed the storyline set aboard a ship making its way across the Pacific Ocean in 1850, as well as the two futuristic sequences – one set in Neo Seoul circa 2150 and one set in Hawaii roughly a century after “the fall,” which seems to have been precipitated by the events of the 2150sequence. Tom Tykwer directs the three other storylines: one in 1931 Belgium in which the “Cloud Atlas Sextet” is written by a conflicted composer (played by Ben Whishaw, the standout in the cast), one in the 1970s about a diabolical plot to control the world’s energy (uncovered by Halle Berry, who gives some of her better work of late), and one in the present days of 2012 with a kooky old man (Jim Broadbent) who escapes a retirement home and writes a novel. Cloud Atlas seems like visual babel at first, but there is a method to the madness of the film’s structure, which is handily flagged by the Broadbent character in the 2012 thread. Patterns and parallels echo throughout the different stories and actors play similar roles so that one can make sense of it more easily.

By having a core group of actors heavily made up and appear as characters of different races, genders, and creeds in six storylines that span centuries of human existence, Cloud Atlas offers a thoughtful parable about the interconnectedness of mankind. “We are all the same,” Cloud Atlas says, and the actions of one person in 1800s California could very well have an impact on someone in pre-war Europe, and even a drone in Asia circa 2150. The humanist message of past/present/future strongly resembles the affective allegory of Tony Kushner’s two-part play Angels in America; moreover, the 2003 adaptation of the play for HBO employed a similar gimmick of having a handful of actors play a wide range of parts. (The device is called for in the play, too.) Angels in America, for example, sees Meryl Streep deliver heavenly messages as a Mormon, an angel, Ethel Rosenberg, and an old Rabbi. The method of using make-up to show shared traits of the human condition worked seamlessly in Angels in America, but it mostly serves as a distraction in Cloud Atlas. 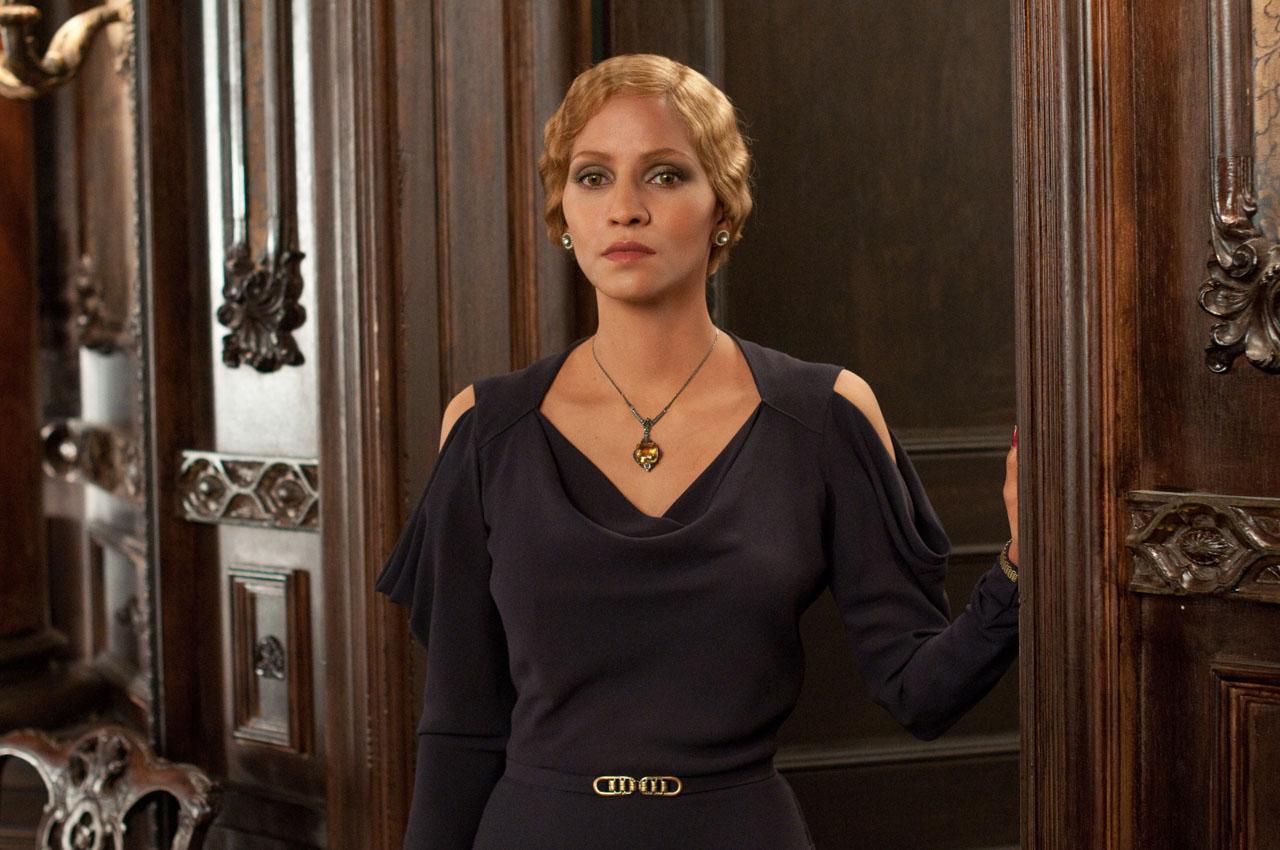 There is no doubt that Cloud Atlas is 2012’s Oscar winner for Best Make-up. Not only is the range and inventiveness of the camouflages worth nothing, but it also stands very likely that no other film in production at the time could find prosthetics. The Cloud Atlas team looks like they had a field day at a liquidation sale on latex. The film is a shemozzle of fake schnozzes. The work is undeniable impressive, but it hardly evokes a sensation similar to Angels in America and, more fatally, the disguises in Cloud Atlas turn the film into a Where’s Waldo game of ‘Spot the Celebrity.’ Viewers are more likely to spend the film whispering with their friend to discuss who is hiding behind all those layers than they are thinking about the complexity of the human race. It’s especially troubling when the characters appear as people of a different race. One sequence sees a handful of Caucasian males don yellow face to play a team of Koreans, while other sequences put Halle Berry as a blonde Jewish European and South Korean actress Doona Bae as a red-haired American. Unlike Meryl Streep as the aforementioned Rabbi, the actors in Cloud Atlas never disappear under their fake skin. It’s seems as politically incorrect as it does to pop in The Jazz Singer nowadays and see Al Jolson mugging at the camera in black face. (The hamminess of Tom Hanks’s performance will surely bring Jolson to mind.) 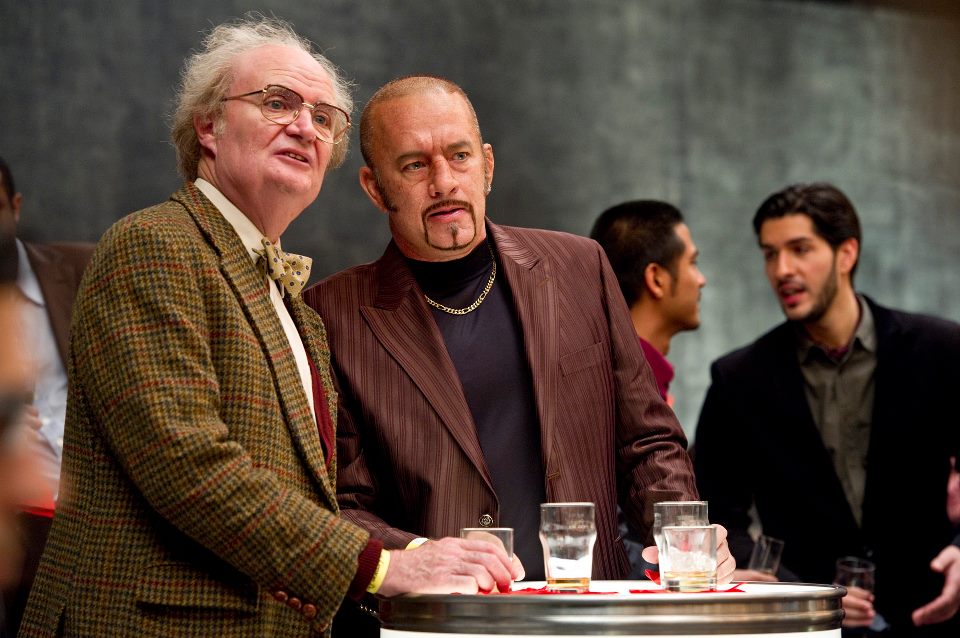 The comparisons and contrasts between Cloud Atlas and Angles in America are worth noting since the novel of the former debuted the year after the film of the latter. (The novel was obviously well drafted beforehand, but one must wonder if the play had any influence.) However, where Angels in America uses the fable of shared human experience to create a commendable political message, Cloud Atlas never really treads beyond freshman philosophy. Likewise, the fragmented narrative of Cloud Atlas hardly comes together emotionally, and some cathartic payoff seems necessary to execute the morale. Atlas is an admirable effort nevertheless and it earns a passing grade thanks to the sheer magnitude of its craftsmanship even if the collage of the storytelling isn’t as compelling. Past, present, and future collide in Cloud Atlas: the result is one handsome, mind-boggling mess.