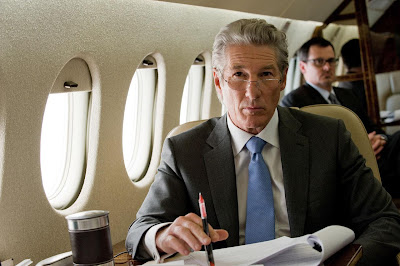 Arbitrage: ‘a: bə.tra:ʒ
n: the simultaneous buying and selling of the same negotiable financial instruments or commodities in different markets in order to make an immediate profit without risk.

“World events all revolve around 5 things: M-O-N-E-Y,” says Robert Miller (Richard Gere) in the opening scene of Arbitrage. Miller is a slick, if slimy, multimillionaire of the new millennium. Miller knows that money equals authority and those with the power can manipulate the instability of the world so that they stay on top. By taking advantage of the flux of the markets, wealthy people such as Miller can widen the gap with little risk of falling in. 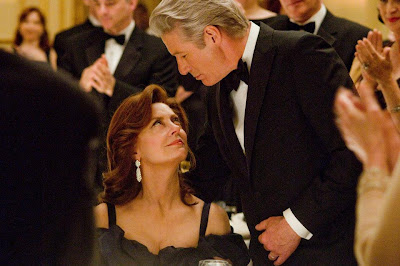 Miller’s reckless pursuit of the almighty dollar, however, shows that all things have a price. Miller is in the midst of a lucrative merger that will see his profitable company combine with another wealthy Wall Street type fixture. It’s a family business—Miller’s company, anyway—and he puts money in the bank with his equally driven daughter, Brooke (Brit Marling), at his side. Miller’s wife, Ellen (Susan Sarandon), is a stay-at-home trophy that ups her husband’s stock through charitable events and other social functions. Unlike Robert, Mrs. Miller doesn’t see money as the key to their success. She thinks that Robert’s drive for his business will simply make him the richest man in the cemetery, but Robert retorts that it will make him immortal.

Such is the mentality of entitlement that fills the mind of men like Robert Miller. They have worked hard for what they have. They’ve earned their keep and since America’s a capitalist society, people like Robert Miller run the show. Robert’s greed has gone so far that he risks his company in hopes of more gain. Unbeknownst to Brooke, Robert has sifted four-hundred-million dollars in company funds in order to make the impending merger work. It’s the kind of number-rigging that could land him in the slammer, but the risk is negligible when there’s so much money moving around.

Robert finally gets a taste of instability, however, when his mistakes spill beyond mere numbers. On a night out with his girlfriend—he probably has binders of women to choose from—Robert rolls the car in a freak accident. He survives, but she does not. 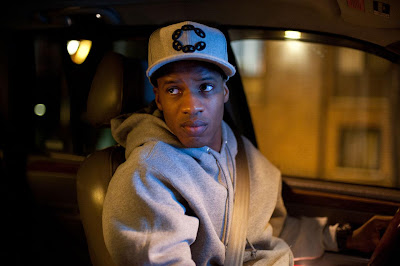 Robert flees the scene in a moment of panic (or calculated evasion) and calls upon an old acquaintance to help him out. His aid is Jimmy Grant (Nate Parker), a young man from Harlem whose late father was helped by Robert. A sense of indebtedness makes Jimmy an unwilling accessory to Robert’s crime, for Robert says nothing about a dead woman and a burned car.

The relationship between the wealthy white guy and the low-income black kid suffuse some timely parallels into the suspenseful procedural of Arbitrage. As Jimmy becomes the fall guy for Robert’s reckless antics, one cannot help but notice the unfairness at seeing this Wall Street card shark stack the deck in order to bail himself out of trouble. Jimmy becomes a pawn in the investigation into Julie’s death, with the lead detective (Tim Roth) willing to stake Jimmy and up the ante to but Robert in jail. Nobody wants to see Robert walk on this charge, but Robert knows the kind of influence he can buy and therefore stays above the whole investigation. 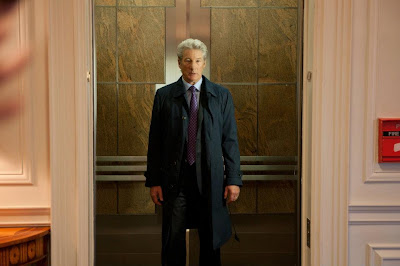 Arbitrage, though, jumbles the tale of corporate greed and gives Robert Miller an unexpected moral centre. On one hand, Robert willingly evades the police because he doesn’t want a stain on his public image to kill a deal that has four-hundred-million dollars of his money in cyber-capital limbo; on the other hand, Robert seems genuinely distraught at having killed his lover and at having pushed another ally into the crosshairs. Greed is good to Robert, but unlike say, Gordon Gekko, Miller has something akin to a soul under his swanky dark suit.

Gere makes Miller a surprisingly compelling character thanks to the explosiveness that he brings to his performance. His Robert is an ambitious, volatile man who knows fully the stakes of his risks and investments. It’s therefore quite difficult not to be on Robert’s side when he works the loopholes of the system to his advantage. He acknowledges that both his career and his family are on the line due to his reckless behaviour, and that his stock could collapse at any moment. Money and family are the heart and soul of the American Dream, and Gere’s captivating character embodies the things that many want and few have. Arbitrage, like its protagonist, manipulates the instability of the cultural climate to its advantage.

Gere gives one of his stronger performances as the suave money mogul, and he is well matched by his supporting co-stars, especially Sarandon and Parker. Smartly paced by writer/director Nicolas Jarecki, Arbitrage is an intriguing thriller with a relevant tale. Jarecki culminates Robert’s story to a surprising, almost ironic ending that shows how the high stakes of capitalist culture seem to corrupt all. By the end, one almost feels sorry for Robert Miller even though the smug bastard caused the whole mess.

Arbitrage is currently playing in Ottawa at Silver City Gloucester.