'We Are Wisconsin' Comes to Ottawa 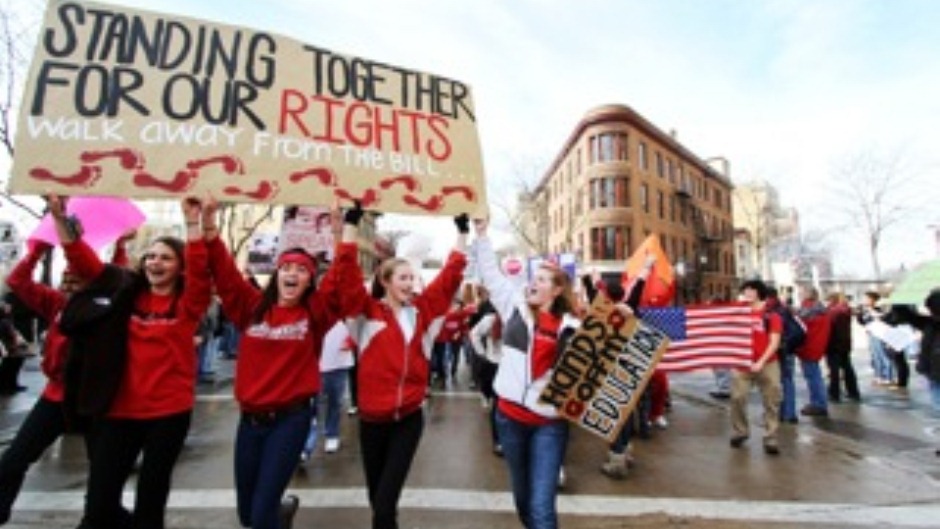 All politically-minded Canadians should go out and support the powerful documentary We Are Wisconsin when it begins its Canadian tour this month. We Are Wisconsin, directed by Amie Williams, follows six individuals as they unite in a collective struggle against Governor Scott Walker and his controversial ‘Budget Repair Bill’. The film premiered at Hot Docs in Toronto back in May, where it was greeted with an enthusiastic standing ovation. It also got a five-star review from this very site.

A few months have passed since Wisconsin was first released, but the film seems timelier than ever here in Ontario now that massive amendments in provincial services are taking away invaluable rights of public servants. The screenings will be hosted by CUPE unions in hopes that the film inspires Canadians to stand up against these changes. As CUPE notes, “The film is being shown to audiences across Canada to encourage discussion of how Canadians can take action to resist the massive public service cuts being imposed by all levels of government.”

We Are Wisconsin screens in Ottawa:

For more info and for showtimes in other cities please visit CUPE’s webpage.