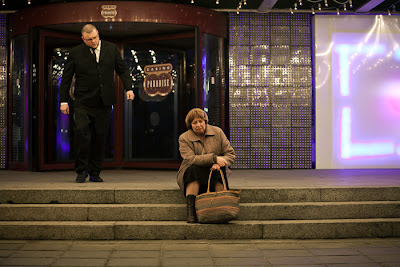 Demons is the second film to screen at the European Union Film Festival this week that looks at the price of gambling. The first film, Spain’s Winning Streak, is a true-life caper about a family of high rollers that broke the bank. Estonia’s entry Demons, on the other hand, tells of people who risk it all and lose. Gambling is more fun when you’re winning, and the same could be said about gambling in film: Winning Streak has high entertainment value as the roulette wheel spins around and lands a winning number, while Demons is a dark, unsettlingly realistic look at the true nature of the odds. Demons shows that a film is considerably greater when something is at stake. With dramatic depth and a keen eye for the personal and psychological tolls that gambling brings, Demons wins big at this year’s festival. 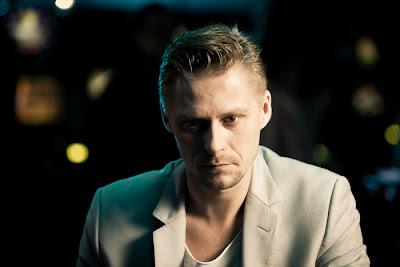 The film features three storylines about people whose lives are consumed by the casino. Joko (Tambek Tuisk) is a successful ad-man, a bit like a blonde Estonian alter ego of Don Draper. A young, attractive, and prosperous man, Joko is equally happy at home and at work. His wife, Evelyn (Evelin Võigemast), is expecting a baby, so it hardly seems like Joko needs to double down to win big. However, when he lands the casino as the big account for his firm, a trip to the swanky place puts some complimentary chips into his hand, which then multiply in a string of good luck.

The second patron of the casino is Reeda (Ene Järvis). A nanny and grandmother, Reeda doesn’t have much extra time or money. A girls’ night out takes Reeda and her friends to the casino bar for a nightcap and, on a whim, Reeda puts a few Euros into a slot machine and hits a button. As she walks away, somewhat annoyed with her impulsive frivolity, the floor manager calls her over and notes that she forgot to pick up her winnings. 200 Euros: not bad for a few seconds of work, eh?

The third hand to be dealt in Demons sees Ants (Ain Lutsepp) when he has gone far past the point to which Joko and Reeda are slowly headed. Incited by jealousy at seeing his colleague win at the card tables, the modest Ants quickly becomes fixated on proving himself equally worthy. He bets big again and again, and soon burns through his savings and some of his company’s funds.

Using these three separate storylines, Demons draws out the addictive drives of high rollers. The glitzy lights of the casino reveal the cruel artifice of the casino’s appeal, unlike the high-gloss razzle-dazzle that makes Winning Streak so bright and cheery. The striking cinematography by Elen Lotman captures the darkness and dinginess of the casino, with the empty, cavernous floor of the building contrasting greatly with the vibrant entranceway at which Joko, Reeda, and Ants crumble after they gamble away their life savings.

Demons also benefits from a trio of strong performances by its three leads. Tambek Tuisk is at first fun and boyish as Joko, who sells the allure of the casino as a posh lifestyle that turns everyman into James Bond. As the film goes along, Joko collapses and takes a bipolar turn: there’s no spirit or joy to his trips to the tables, only a grating twitch to feed the next fix. (The final act of the film has echoes of Steve McQueen’s Shame for the dark turn Joko takes.) Lutsepp makes an equally strong presence in the smaller role of Ants, but conveys strongly his character’s broken spirit and his hunger to turn things around. The standout of the film, finally, is Ene Järvis as Reeda. Järvis spends much of the film sitting at the slot machine, framed in close-up and allowing the ugly fluorescent din of the machine to illuminate her face as Reeda becomes increasingly driven, yet withdrawn as the odds turn against her and she gambles her life away. Reeda folds like a house of cards, but there is a tangible desperation to produce a winning streak.

Director/co-writer Ain Mäeots and co-writer Toomas Tilk provide a devastating look at the tolls of gambling addiction by ensuring that the characters are fully aware of just how much they are in over their heads. They all know that the house always wins, but they are so consumed by the remote possibility of luck and by the thrill of the win that they keep betting and betting in hopes of a turn of fortune. Likewise, they all grasp how much their addiction comprises their relationships with family members, friends, and colleagues, yet that only leads to bigger gambles as if a lottery win would validate all the time spent at the tables.

Demons weaves the effects of addiction through the three storylines and gradually builds to an unexpected climax. The three stories at first seem unrelated, but the film slowly brings the three addicts together as their own demons echo through their colleagues’ plots. The film raises its effectiveness even higher by employing an intricately plotted temporal structure, which only reveals itself towards the film’s end. Like the fractured narratives of Alejandro González Iñárritu’s Amorres Perros and 21 Grams, Demons intertwines the fates of its characters into one seemingly random act. It’s a cruel and ironic game of chance that ties them all together.

Like a skillful and deceptive cardshark, Demons defies the odds and deals a winner. The film was not submitted as Estonia’s contender for Best Foreign Language Film at the Oscars, but it only opened in its home country in the past week. With any sense, they’ll bet on this film next year.