I said it before and I’ll say it again: 2012 was a great year for movies. Not only were the films consistently above average, but major studios and independent producers alike upped their game and brought high quality cinema to the theatre week after week. Perhaps the forced rise in digital, 3D, and over-enhanced multiplex experiences (IMAX and such) implored filmmakers to be creative and make films that could get people excited about enjoying film as art, rather than as a product to be consumed. I don’t think the inordinate rise in quality this year is at all unrelated to the tidal wave of uninspired sequels, prequels, threequels, remakes, reboots, and rehashes that flooded the theatres every week. Filmmakers and studios alike made films that could sustain themselves on positive buzz, strong word of mouth, and even repeat viewings. The success of films like Skyfall, Lincoln, The Best Exotic Marigold Hotel, and Argo are good examples of this. There was always something good to see at the movies regardless of what day one happened to go.

In spite of this menu of prime cuts, though, I found myself drawn back to a few movies or recommending the same handful of films above others. It was still quite difficult to whittle a Top Ten list out of the number of strong films I saw this year. At one point, I tried splitting the lists into fiction films and documentaries, but that didn’t feel right to me since three of my favourite films of the year are docs. Some of them also tread the line between truth and fiction, so I felt that I was doing them a disservice by taking them away from the head table. Likewise, I debated including festival films from this year that did not yet make it to a theatre near you, but I decided to push them back – both to free up some spots and to keep them in the conversation when moviegoers outside of Toronto could see them. On that note, shout oust go to Frances Ha, Twice Born, Something in the Air, Great Expectations, Imogene, and What Maisie Knew. They will set the bar for 2013. Before we get to 2013, however, let us celebrate the year that is ending. 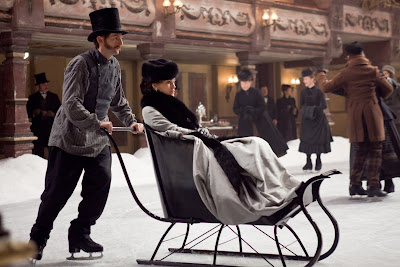 1. Anna Karenina
(UK, Dir. Joe Wright)
This year had a heavy slate of strong page-to-screen efforts, but director Joe Wright and screenwriter Tom Stoppard rewrote the book on adaptation with their ingenious take on Tolstoy’s classic novel. Joe Wright deserves especially strong recognition for his innovative decision to shoot Anna Karenina in a dusty old theatre when budgetary restrictions prevented him from filming in the conventional scope one would expect for such a sweeping epic. Wright makes astute use of the setting and incorporates the theatricality into the dramatic energy of Anna Karenina, which in turn stresses the themes of Tolstoy’s novel. It’s a stunningly realized feat that accentuates Stoppard’s economical adaptation. Not a page feels lost. Adding to the inspired artistry of Anna Karenina is Keira Knightley’s fearless showstopper of a performance as Tolstoy’s heroine. Equally good are the supporting performances by Jude Law, Matthew Macfadyen, Olivia Williams, Domhnall Gleeson, Alicia Vikander, Kelly Macdonald, Aaron Taylor-Johnson, et al. and sumptuous arts and crafts work by costumer Jacqueline Durran, composer Dario Marianelli, production designer Sarah Greenwood, and DP Seamus McGarvey, who captures the film in exquisite theatrical lighting and offers another noteworthy long take. Anna Karenina, with all its breathtaking boldness and ingenuity, stands tallest in year of strong contenders. If all the world’s a stage in Anna Karenina, then the cast and crew should take a well-deserved bow. 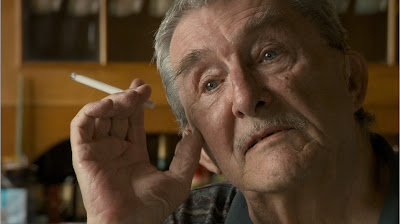 2. Stories We Tell
(Canada, Dir. Sarah Polley)
I am in awe of Sarah Polley’s Stories We Tell. Polley took matters into her own hands when she learned that a personal story of hers was to be printed in the press. Polley decided that if people were to be privy to her story, she would rather tell it to them in her own fashion. Stories We Tell shows a true knack for storytelling as Polley rewrites history anew and crafts commonplace family details into an engrossing mystery. The film celebrates the fleeting elusiveness of history by crosscutting deftly between interviews with Polley’s family and friends and archival footage of the Polley family during Polley’s youth. Narrated by Polley’s father, Michael (pictured), Stories We Tell consistently plays with our expectations, emotions, and allegiances as the truth is shaped and moulded in a cinematic game of broken telephone, but then reconfigured with a brilliant reveal that extends the personal memories of the subjects into the collective experiences of the audience. The result is like an intangible universal truth: all stories are collective stories. Histories, narratives, and experiences are shared, and Polley extends her story to the audience by immersing them in the overwhelming frankness and accessibility of her tale. 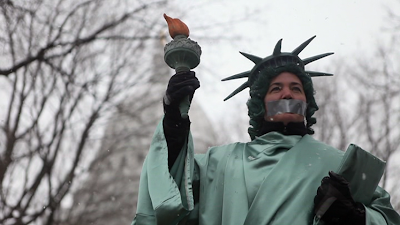 3. We Are Wisconsin
(USA, Dir. Amie Williams)
Every year sees a contest to find the “zeitgeist film” of the year. Namely, the film that best seems to capture the current cultural climate, such as Fahrenheit 9/11 in 2004 or Margin Call in 2011. The film that, to my mind, looks to have its finger on the pulse of 2012 is Amie Williams’s documentary We Are Wisconsin, which follows a group of passionate individuals protesting Governor Scott Walker’s Wisconsin Reform Bill. The We Are Wisconsin team first amazed me when I saw the film at Hot Docs back in May, but I was doubly impressed by the convictions of Williams and her subjects when the Wisconsin team took their film on the road and screened it grassroots-style for groups across Canada and America. I found it so inspiring to revisit We Are Wisconsin with members of the local CUPE union when the film came to Ottawa, and to hear them discuss with Williams and subject Rachel Friedman how the consequences of Wisconsin reform could serve as a guide to looming changes in Ontario legislature. A rarity among documentaries, We Are Wisconsin intuitively blurs the line between art and activism. 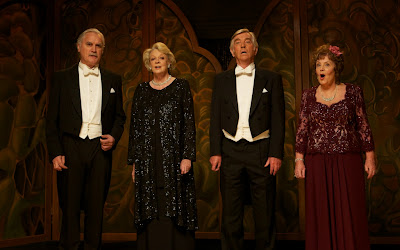 4. Quartet
(UK, Dir. Dustin Hoffman)
Hat’s off to Dustin Hoffman for being the breakthrough director of the year at the young age of seventy-five. Quartet, Hoffman’s first completed film as a director, is an appropriate choice of project for the great actor to make the next step in his prolific career. Hoffman directs a quartet of esteemed British thespians—Maggie Smith, Tom Courtenay, Billy Connolly, and Pauline Collins—as a troupe of opera singers who come out of retirement to settle old ghosts and test the talents that made them stars. A small-scale miracle of a film, Quartet smartly relies on the strength of its actors and its script (by Oscar winner Ronald Harwood), which Hoffman surely learned through are the key ingredients for a great film thanks to his wealth of experience as an actor. Working with many great directors over the years paid off: Quartet is an immensely enjoyable film and it feels as if Hoffman has been behind the camera for his entire career. 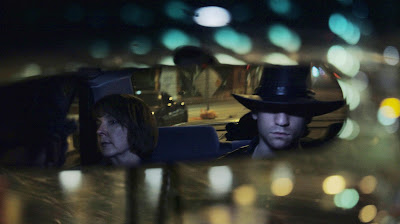 6. The Imposter
(UK, Dir. Bart Layton)
Like Sarah Polley’s Stories We Tell, The Imposter shows that truth is stranger than fiction. A gripping, absolutely riveting film, The Imposter chronicles a bizarre case in which a missing American boy was reunited with, and accepted by, his loving family. However, the narrator of the film gleefully reveals that he is actually a full-grown Algerian man who fooled the boy’s family into giving him a better life abroad by convincing them that he was their long lost family member. Thanks to a phenomenal editing job—the best of the year, in my opinion—The Imposter offers one mind-boggling revelation after another. This film by Bart Layton is a dazzling puzzler. The kindness of strangers has never been such an outrageous farce. 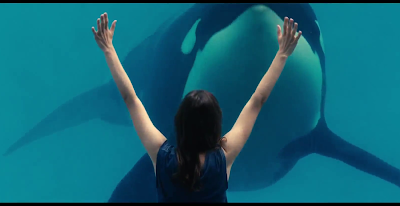 7. Rust and Bone
(France, Dir. Jacques Audiard)
Rust and Bone (De rouille et d’os) brings to the screen a collection of short stories by Canadian author Craig Davidson. In an inspired adaptation of Rust and Bone, writer/director Jacques Audiard and co-writer Thomas Bidegain craft a powerful, densely layered story of two wounded athletes (played by the excellent duo of Marion Cotillard and Matthias Schoenaerts) as their stories converge in an ironic criss-cross of rise-and-fall narratives. Audiard takes the viewer on a journey more searing and powerful than his 2009 film A Prophet: Rust and Bone is a bare-knuckle gut-punch, with Katy Perry acting as its surprise left hook. 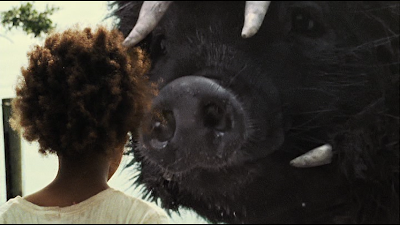 8. Beasts of the Southern Wild
(USA, Dir. Benh Zeitlin)
I have never seen a film like Beasts of the Southern Wild. A fable of gritty yet whimsical realism, Beasts of the Southern Wild is the closest thing to poetry to appear on the screen this year thanks to its refreshing energy and artistry. Anchored by a mesmerizing performance by young newcomer Quvenzhané Wallis as Hushpuppy, the fearless little girl who weathers the storm as the waters rise in The Bathtub, Beasts feels like a fairy tale. It’s like a magical game of make-believe, yet the drama looks like it takes place in the here and now. 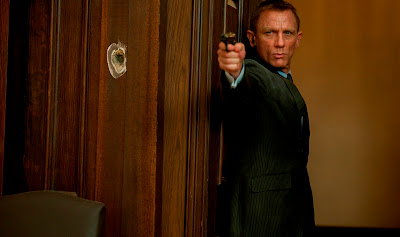 9. Skyfall
(UK/USA, Dir. Sam Mendes)
James Bond is back and better than ever. Skyfall is arguably the strongest studio offering in a year that saw Hollywood’s biggest players unload blockbusters that were actually worth the price of admission. Skyfall stands above the trend of remakes and reboots, though, because it embeds details of Bond’s origins within a story that moves the series forward. Skyfall kills off the campy 007 films and gives the franchise a fresh start, but without dispensing all that has gone before it. It honours the films that helped James Bond build such a strong fan base and it gives the cinema’s greatest franchise a second life. Thanks to director Sam Mendes and the work of cinematographer Roger Deakins, 007 has never looked so sleek. Moreover, Daniel Craig proves himself the only actor to rival Sean Connery’s claim as the best Bond of them all. 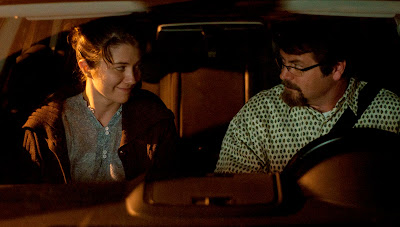 10. Smashed
(USA, Dir. James Ponsoldt)
Not a frame is wasted in James Ponsoldt’s Smashed. At a brisk 81 minutes, Ponsoldt delivers a harrowing character study about a troubled alcoholic named Kate (Mary Elizabeth Winstead) who decides to free herself from her booze-fuelled marriage to Charlie (Aaron Paul), which seems to be on collision course of self-destructive behaviour. Avoiding easy answers and rejecting clichés, Smashed takes the audience along Kate’s turbulent road to recovery. Mary Elizabeth Winstead gives the breakthrough performance of the year, and she’s surrounded by a team of equally noteworthy turns from co-stars Aaron Paul, Octavia Spencer, Megan Mullally and Nic Offerman. I knew nothing about Smashed before seeing it a TIFF this year: I only wanted to fill a time slot and snap a picture of a newly christened Oscar winner. Smashed shows the kind of gems that are hidden throughout the festival circuit. I will surely keep an eye out for new credits by Ponsoldt and Winstead the next time they hit Toronto, since Smashed was the film that came out of nowhere and floored me at the festival this year.

*I should note that I have not been able to see some of 2012's biggies, such as Central Park Five (despite my best efforts), Zero Dark Thirty (it doesn't have an Ottawa screening until January), and Amour (which doesn't hit town until, wait for it, February!).

What are your favourite films of 2012?

Thanks to all the readers, fellow bloggers, filmmakers, film festivals, hard-working film peeps, and friends that helped make 2012 such a success here at Cinemablographer!

Happy New Year to you all!