The Film Musical Finds Its Voice 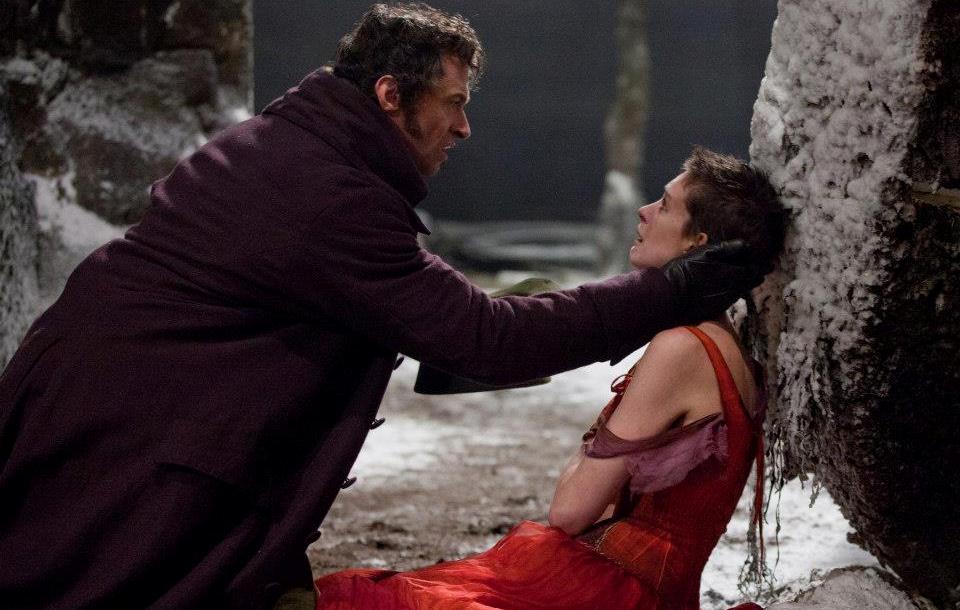 “When film first learned to speak, it sang instead,” wrote Rick Altman in The American Film Musical, an excellent book that chronicles the rise in musicals during the advent of sound in film history. Musicals ushered in the first true golden age of cinema, with couples like Fred Astaire and Ginger Rogers dancing up a storm with their funky tap shoes or with entertainers such as Maurice Chevalier getting the audience in tune with his saucy French accent. Throughout the history of the film, however, the musical has consistently faced one roadblock to equal that of the talkie: live sound (i.e.: dialogue captured with the emotional authenticity of live recording). Pioneer filmmakers tried the technique and largely dispensed with, since it creates an inert moviegoing experience for viewers. (See: Al Jolson hamming it up on the piano.) There is the awe effect of “Look, Ma! They’re singing!” but the wow factor comes to a grinding halt in old movies in which a musical number consists of one man singing under a microphone. 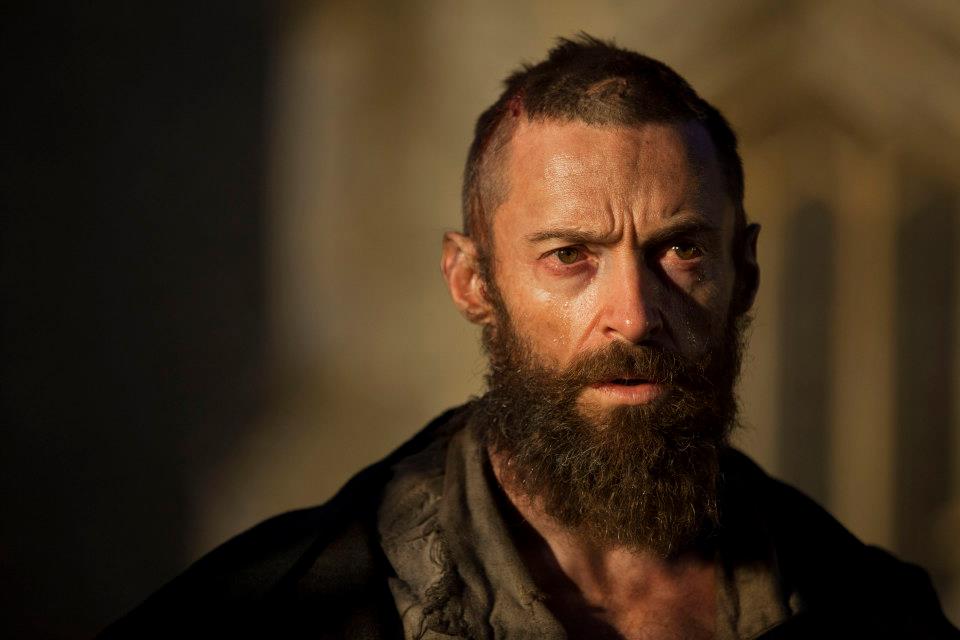 Eighty-odd years have passed since film spoke its first words and it seems that the cinema has finally learned how to sing. Leave it to Tom Hooper, the director who inspired audiences to “find their voice” with the 2010 Oscar winner The King's Speech, to take on the musical’s stumbling block and make an all-singing affair. Moreover, Hooper performs the feat of recording a live-musical on film—successfully, I should add—with a new film adaptation of Alain Boubil and Claude-Michel Schönberg’s Les Misérables, one of the most popular musicals of all time. The period work and revolutionary story often make Les Mis resemble Gangs of New York: The Musical, but that’s not necessarily a bad thing. Les Misérables often has the same scope and awe of Scorsese’s film. Like Gangs, Les Mis is long and messy, but it also offers something exciting and new.

Les Misérables has echoes of the perils of shooting with live singing since most, if not all, of the musical numbers are shot in close up. Additionally, some of the songs are captured in a single long take, since the act of recording songs live makes for an exceptionally difficult editing job. (Cutters cannot splice alternate takes together as easily as they would in post-production of films for which actors pre-recorded their songs and then performed to the pre-set beat.) However, the noticeable correlation in shot proximity and shot duration to films of the early sound era (fans of Cinemetrics will have a field day with Les Misérables) often works to the film’s advantage because Les Misérables is such a heartfelt musical. The emotions are doubled—or raised exponentially when Anne Hathaway is singing—with the intimate quivering of the actors faces projected so vividly onscreen. The abundance of close-ups essentially has the same effect as watching a live performance of Les Misérables through a pair of opera glasses, except that moviegoers need not tire their hands unless they’re reaching for fresh hankies song after song.

Hooper’s experiment with live sound should be attributed primarily to the very strong cast. The ensemble sings virtually every line in the film, save for the odd snippets of dialogue that provide segues between songs. Leading the troupe is Hugh Jackman in an excellent performance as Jean Valjean, the man who begins the film under the identity of Prisoner 24601 after serving a nineteen-year sentence for stealing a loaf of bread to feed his sister’s child. Jackman, who has spent some time on Broadway between stints as Wolverine, carries the film with his strong vocals and his ability to project his emotions within the songs each time that Hooper’s camera (lensed by Danny Cohen) invades his personal space and goes in for a close-up. Jackman is well-matched by co-star Russell Crowe as Valjean’s nemesis, Inspector Javert, who pursues the former prisoner throughout the years following the Revolution. Unlike Jackman, though, Crowe’s vocals are trained less for Broadway and more for rock. (Crowe has been doing vocals with his band 30 Odd Foot of Grunts for years.) The contrast between the actors’ voices actually has a nice symbolic effect in the film, since Jackman’s mellow vocals pit Valjean as a headstrong protagonist while Crowe’s gruffer tenor marks Javert as a lower man, a villain.

Also good are a string of supporting players who appear for a song or two, such as Amanda Seyfried as Valjean’s ward Cosette; Eddie Redmayne as Marius, a student of the revolution and an admirer of Cosette; and newcomer Samantha Barks, a veteran of the stage production, as the lovelorn Éponine. Hooper’s King’s Speech collaborator Helena Bonham Carter appears and has a spot of fun with Borat’s Sacha Baron Cohen as the bawdy Thénardier’s, who liven up the film with their raucous number “Master of the House.” (The actors previously leant their whimsical voices to the 2007 musical Sweeney Todd.) While Bonham Carter and Baron Cohen nearly steal the show with their amusing shenanigans, the power of Les Misérables resides in Anne Hathaway’s heartbreaking performance as the ill-fated Fantine. 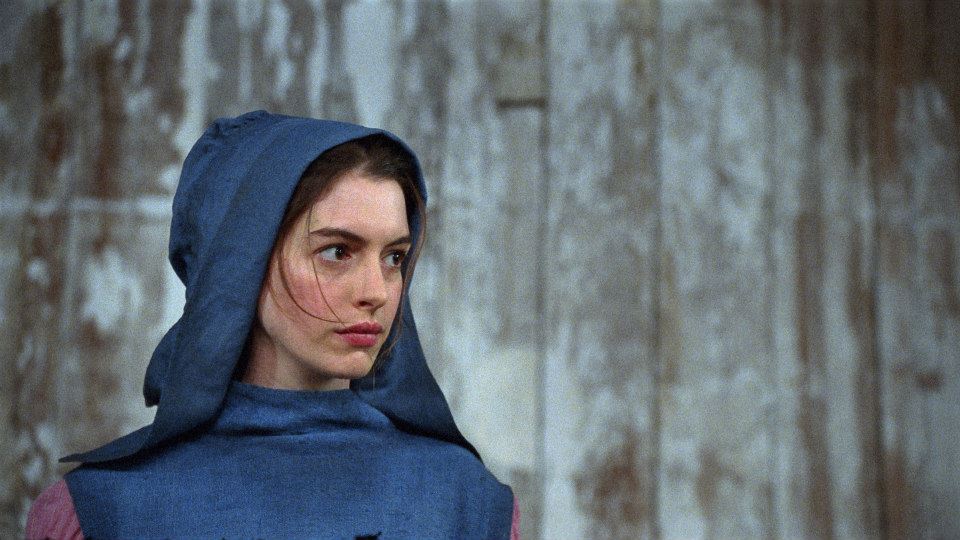 Hathaway’s sorrowful doe-eyes are suited perfectly to Hooper’s tactic of shooting the film in close-up. Hathaway has only a handful of scenes as Fantine, but her teary-eyed, emotionally draining performance of “I Dreamed a Dream” is the film’s centerpiece. Like Jennifer Hudson’s “And I am Telling You I’m Not Going” moment in Dreamgirls, Hathaway’s performance of a single song in Les Misérables creates an unbreakable hook. What is even more impressive is that Hathaway performs the song in one long unedited take. That’s all raw emotion in her vocals. Anyone who wishes to argue for the benefit of live recording can point to Hathaway’s rendition of “I Dreamed a Dream” and note the benefits of spontaneous realism.

The performances carry the film from beginning to end, but due credit should be given to editors Chris Dickens and Melanie Anne Oliver for completing the difficult task of assembling their work so seamlessly. Likewise, the impressive work of the costumers, production designers, and make-up team help bring the musical to life in full-blown cinematic fashion. You can hear the people sing in Les Mis, and you can see the people sing, too.