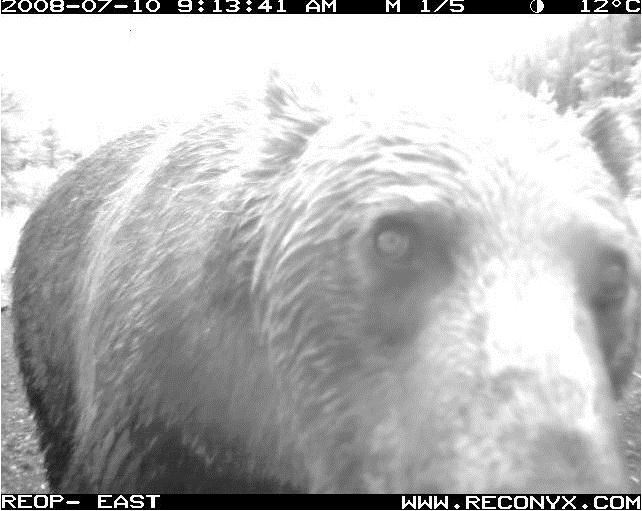 On the heels of the nominations for the Canadian Screen Awards, Bear 71, an interactive documentary produced by the National Film Board of Canada, has been named Site of the Year by the Favourite Website Awards (FWA). The FWA is one of the highest honours for Web-based content. Bear 71 was created by Jeremy Mendes, Leanne Allison and the NFB’s Loc Dao. As noted by one of the FWA jurors, "Bear 71 is masterful blending of documentary-style video and information graphics, which combine together to make the site deeply engaging and informative.” The FWA marks another win for Bear 71, as the interactive project was a recent recipient of the Digi Award for Best Web Series (Non-Fiction). Congrats! Have you checked out Bear 71 yet?

Press notes after the jump:


Montreal, January 15, 2013 – The National Film Board of Canada (NFB) interactive documentary Bear 71 (nfb.ca/bear71) has received one of the Web’s highest honours: the Favourite Website Awards (FWA) Site of the Year.

Announced on January 15, FWA Site of the Year for 2012 was selected by a panel of international judges. The U.K.-based FWA was established in 2000 to recognize the latest and best cutting-edge creativity online.

It’s the most recent new-media honour for Canada’s trailblazing public producer, a six-time Webby Award winner and global leader in the emerging field of interactive documentaries.

“In a year when we have seen so much experimental work, so many agencies and clients focused on just trying to be cool with mobile, I was delighted to see a real idea and a powerful story win this year’s Site of the Year. Without a doubt, Bear 71 was the most captivating and thought-provoking experience of 2012, executed with perfection for our digital consumption, and a very worthy winner of our ultimate yearly title,” said Rob Ford, FWA founder.

More praise for Bear 71 from FWA judges is available online.

Bear 71 was created by Jeremy Mendes, Leanne Allison and the NFB’s Loc Dao, who is executive producer and chief technologist for the NFB’s English-language Digital Studio, based in Vancouver. Bear 71 was written by J.B. MacKinnon and voiced by Mia Kirshner. Aubyn Freybe-Smith designed the site and Jam3 (Pablo Vio, Creative Director) did the interactive design and programming. Bear 71 was produced by Loc Dao, Edmonton-based NFB producer Bonnie Thompson and Dana Dansereau. The project was executive produced by Dao, Rob McLaughlin and David Christensen.

The FWA Site of the Year award is the second international accolade for Bear 71, which won the NFB its first-ever Gold Cyber Lion Award at the Cannes Lions International Festival of Creativity in June 2012.

The NFB’s Digital Studio creates pioneering, world-renowned interactive works from its English-language unit based in Vancouver and French-language unit in Montreal.