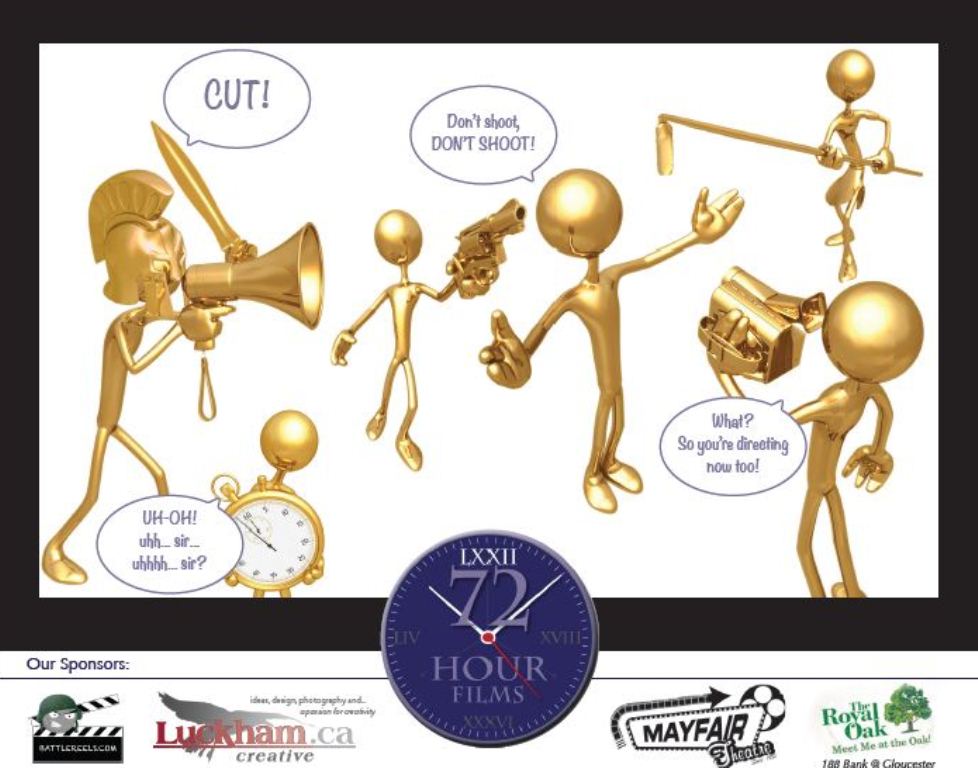 -@Terruns_Malick: 72 Hours! I have only 72 hours to make a film?  This is madness!
-@Michael_Haneke: This isn't madness! This is SPARTA!

Emerging Ottawa filmmakers should enter the upcoming Sparta 72 Hour Film Challenge. The task is simple: filmmakers will be assigned unique criteria and they then have 72 hours to complete a film that incorporates said criteria. Then, in the 73rd hour, all films will be screened at Ottawa’s historic Mayfair Theatre. (How cool is that?) All films will be assessed by a jury (I’m one of the members!) and prizes will be awarded.

The 72 Hour Film Challenge is an ideal opportunity for any budding filmmakers to take the next step. Whether you’re looking for an opportunity to test your skills, expand your portfolio, or meet local filmmakers, the 72 hour Film Challenge is an ideal chance to so. This challenge is a great start to a career in film. In fact, a handful of shorts that I saw and reviewed at the Ottawa International Film Festival and the CFC Worldwide Short Film Festival were products of 72 Hour Challenges. These films also offer great calling cards that filmmakers can use to promote their work on social media in case another film festival seems far away. Alternatively, if you simply want to see your film on the big screen, the Sparta 72 Hour Film Challenge is the chance to do just that!


To register, or to see the full list of rules and event details, please visit 72hourfilms.ca/sparta.html.