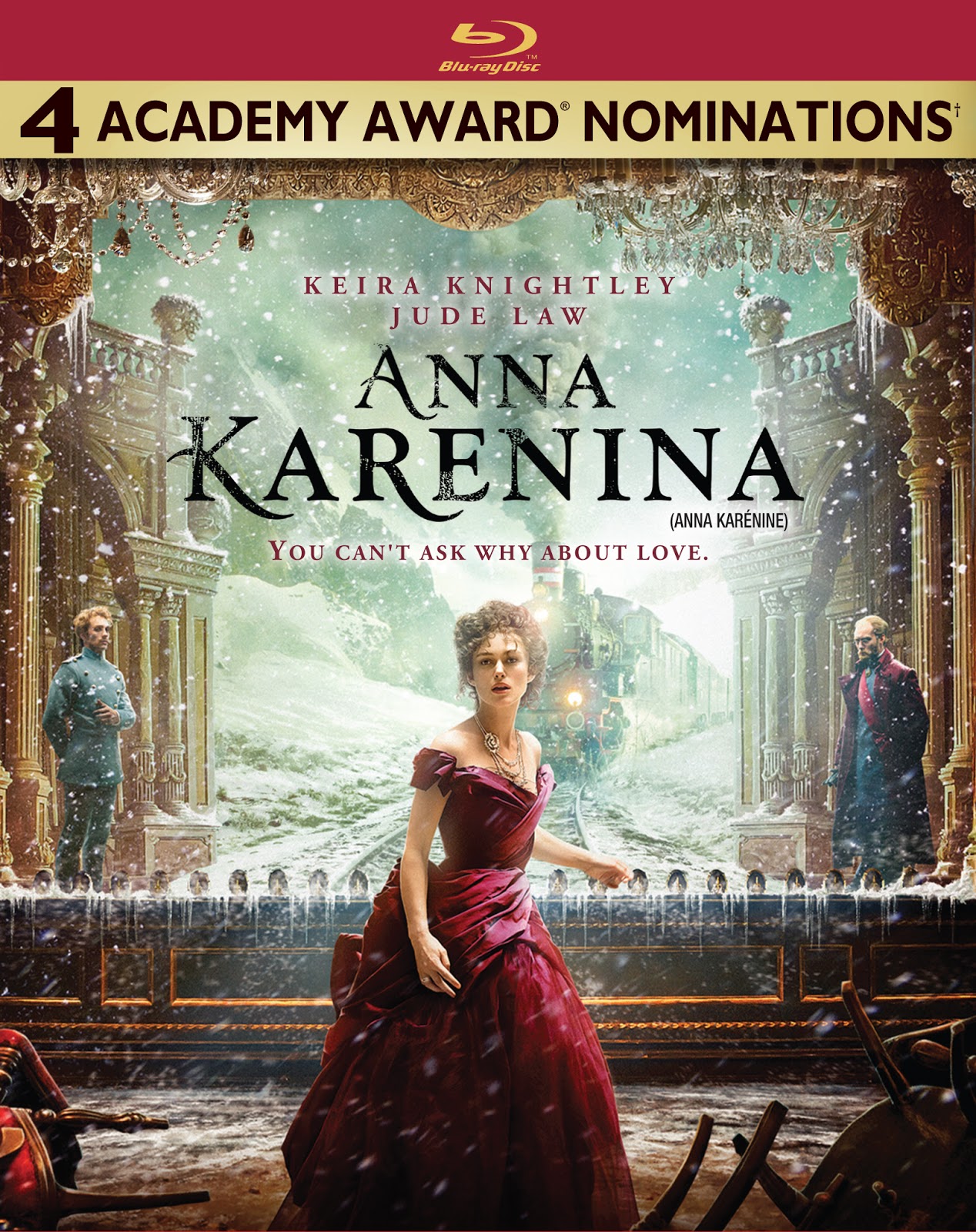 Set aside your plans for tonight, for Anna Karenina hits home video today. This visually stunning film, my pick for the best of 2012, is tailored perfectly to the high resolution of Blu-ray. You'll want to pick up a copy of the film, since Anna is the kind of intelligent film experience that rewards multiple viewings.


There is a lot going on in this ambitious adaptation of the classic novel by Leo Tolstoy, and you'll probably want a few screenings to appreciate Joe Wright's breathtaking execution of Tom Stoppard's script. (Alternatively, movie buffs that dismissed the film might want to give it a second chance.) Regardless of whether this is the first, second, or fifth time you're seeing the film, there will be something new to marvel at.

Even better, Anna comes stocked full of extra goodies that reveal how Wright, Keira Knightley, et al brought the classic work to life so boldly. Among the extras are a feature commentary with Wright, a special on adapting Tolstoy, a behind-the-scenes look at Jacqueline Durran's exquisite (and Oscar-nominated) costumes, deleted scenes, and more. I'm generally not a fan of bonus features, but I'm personally quite excited to see how these extras illuminate the intricate craftwork of the film!

I've been trumpeting Anna Karenina since TIFF (review here), so I'll feel like I've failed as a film reviewer if you have not yet checked it out. Please do. I'd throw myself under a train in defense of this masterpiece.