Oscar Update: Memo to The Academy


Final balloting is underway! Oscar voters have eleven days to cast their votes and determine the winners. As explained over on Gold Derby, the process is again by mail and online ballot. Most of the guilds have spoken and they’ve done so in unison for Argo, which took the top prize from the actors, the producers, and the actors. The Writers’ Guild will be the biggest tip-off whether Argo has the race all wrapped-up: if Argo topples Lincoln’s Tony Kushner, who still seems like a heavy favourite, then all the top branches will have endorsed it. It’s a close race in most categories and with very few awards to be handed out in this period (the BAFTAs are the main prize left), there’s bound to be some final Hail Marys thrown into the mix. Voters have seen the films (hopefully) and they’ve heard many pleas, but let’s send one final memo to the Academy to consider some of the year’s best work.

For every cry of “poor Ben Affleck,” I plead “Kathryn Bigelow.” Zero Dark Thirty seemed like the film to beat in December, but it fell victim to a bizarre controversy and smear campaign. Fans of intelligent, risk-taking cinema, however, should stand tall behind Bigelow’s film. Zero Dark Thirty is simply a phenomenal achievement.

The filmmaking team behind Zero Dark Thirty bravely chose to dramatize a recent turning point in history, and they did so in a manner that interrogates the way it unfolded. It’s like a feat of investigative journalism, as well as a provocative essay on the pros and cons of American mythmaking. A recent video portrait of star Jessica Chastain underscores the beautiful ambiguity of the film quite smartly. As Chastain notes, the film ends with the question, “Where do you want to go?” Rather than take sides in Maya’s investigation, Bigelow and screenwriter Mark Boal leave the question of the CIA’s methodology for the audience to debate. The question deserves to be asked once again to viewers of Zero Dark Thirty. Where do you want to go? Do you want Hollywood to take shy away from bold, relevant cinema, or do you want to reward the risk-takers so that filmmakers are inspired to make intelligent, thought-provoking cinema? It’s an easy answer, if you ask me.

One of the silver linings of the Bigelow snub is that I can split my support for two great films. Russell might have had me in his corner regardless because I truly admire the life, vibrancy, and energy he injected into Silver Linings Playbook. Silver Linings Playbook is, for lack of a better word, a film that “works.” Pulling off a romantic comedy is not easy, and doing so with an originality of vision is even harder. Silver Linings Playbook, however, is a unique and lively pic. It’s a throwback to a classic era of comedy that fuses physical comedy with ample emotion.

There’s a unique beat, rhythm, and jive to the banter between Bradley Cooper and Jennifer Lawrence, almost like an Abbott and Costello back-and-forth gag or a dance between Fred and Ginger. Eliciting uniformly excellent work from the ensemble cast, David O. Russell delivers another hilariously zany dysfunctional family comedy. What makes the film unique, aside from its ability to pull off a dance contest finale without a hitch, is how the madcap energy of Russell’s direction serves the film’s portrait of mental illness. Everyone is a little bit crazy in Silver Linings Playbook, so the film erases the stigma that is often associated with mental illness. There’s nothing “normal” to be found in the Solitano household and there’s something unabashedly appealing about the film’s celebration of these eccentric underdogs. 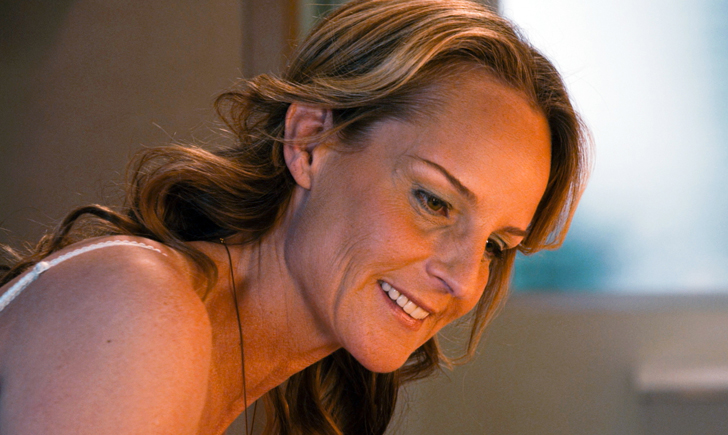 I was at a party on New Year’s where my friends and I discussed our favourite films and performances of the year. When someone brought up The Sessions, I observed somewhat dismissively that one could watch the film on an iPod without diminishing the film’s effect. “But it’s a great film,” I was quick to add in defense of a film that I’ve been recommending since TIFF.

It seems unfair to criticize the style of director Ben Lewin as I look back on The Sessions. The film is well suited to the small screen, but it’s extremely powerful regardless of the plane on which you see it. A film needs little cinematic flourish when it contains so much strong, authentic emotion. Why manipulate film form when one has two strong performers like John Hawkes and Helen Hunt doing the work for you already?

Hunt is especially good in making The Sessions a poignant, life-affirming drama. Let’s watch a clip of her work before extolling the virtues of her performance.

Look at how confidently Hunt carries herself. As Cheryl, sex surrogate to Mark (Hawkes), Hunt conveys an incandescent poise and self-awareness with her body. Incorporating her costume into the physicality of her performance, Hunt uses Cheryl’s appearance to convey the character opening up to Mark, assuming authority, and eventually creating a distance, as she does later in the scene. The way Hunt holds herself and uses her body as a display of her self-confidence underscores the emotional conflict Cheryl seeks to cure in Mark. Acceptance of one’s own body is at the heart of Mark’s quest – sex is simply the chosen route.

Hunt, 48 at time of filming, is to be commended for tackling such a stripped-down and vulnerable performance. Away from the spotlight for several years and moving past the demographic that Hollywood favours for leading ladies, Hunt makes a bona fide comeback by commanding the screen in a role that celebrates her age, her body, and her confidence. Hunt displays impressive range in The Sessions – even in this clip we see Hunt switch from subtle comedy to compassionate drama. Open, warm, honest, and heartbreaking, Hunt’s performance serves as a surrogate not for Mark’s self-acceptance, but for the audience’s ability to look deep within themselves. Let’s watch one more clip and marvel at what Hunt can do:

I’ve spent ample time trumpeting the brilliance of Joe Wright’s Anna Karenina, but I haven’t given enough credit to one of its four Oscar nominees. Cinematographer Seamus McGarvey might be the unsung hero of Anna Karenina’s masterful execution. Shooting the drama on a soundstage and faced with the task of making the film look like a stage production without succumbing to the dramatic inertia of a fixed stage, McGarvey uses an ever-moving camera to inject cinematic life into the staged drama. Extravagant flourishes with zooms, pans, and crane shots make this viewer swoon just as easily as do the sumptuous costume by Jacqueline Durran and the ingenious production design by Sarah Greenwood. Including another signature long take, which ranks with the Dunkirk shot in Atonement, McGarvey captures the farcical dance of Russian high society in an extended moment that allows the audience to linger in the opulent beauty of the affair, plus the sinful sense of voyeurism enjoyed by audience within the film. 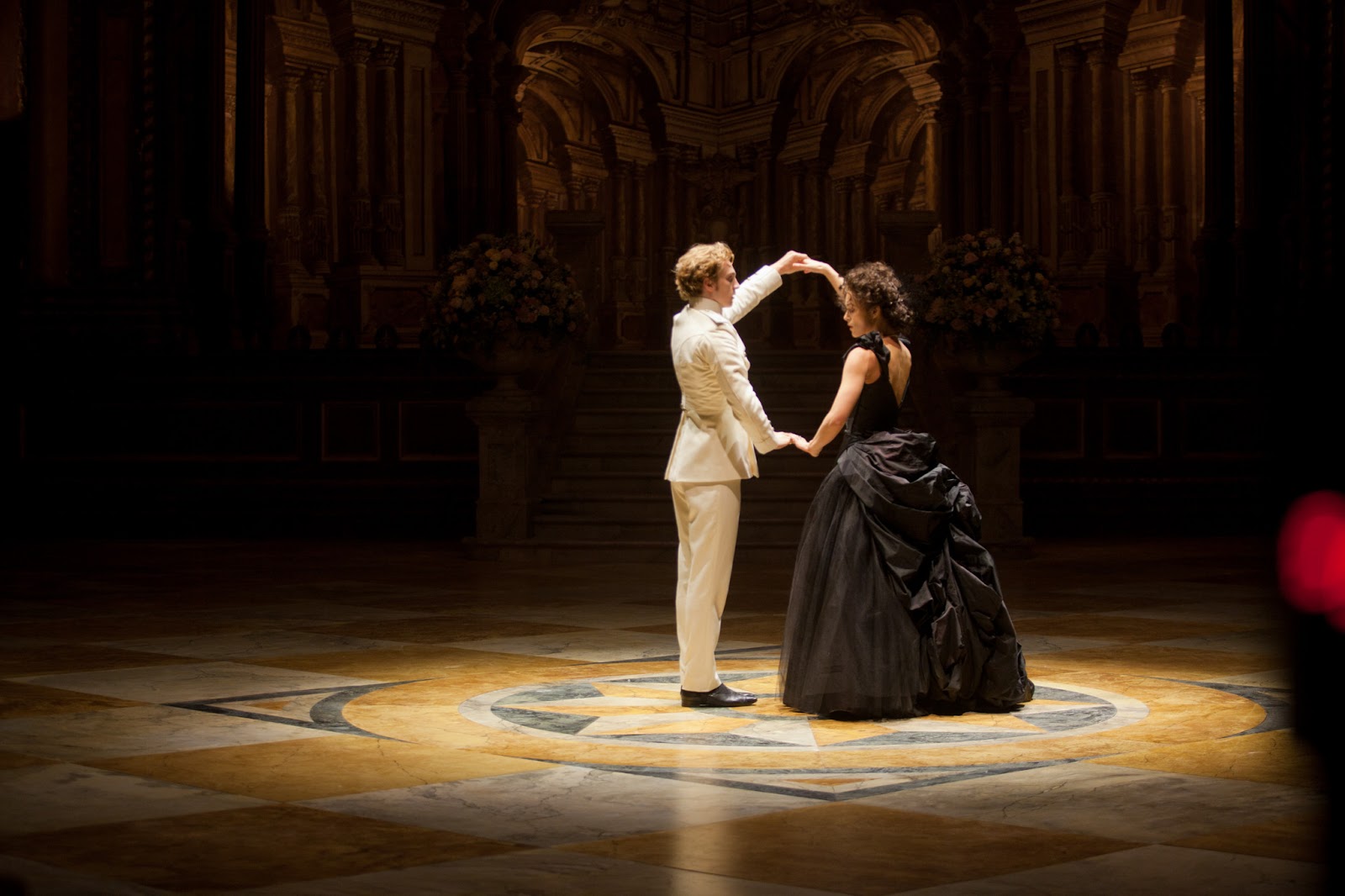 Best of McGarvey’s work in Anna Karenina, however, is the film’s resourceful lighting design. Illuminating the film in a highly stylized feat of theatrical lighting, McGarvey and his team use the spotlights of Anna’s stage to convey shifts in consciousness and emotion. Take, for examples, the moment in which Kitty (Alicia Vikander) watches Anna (Keira Knightley) and Vronsky (Aaron Taylor-Johnson) enjoy their fateful dance. As Kitty’s eyes train on her lover taking the floor with another woman, the composition changes from an elegant natural-key lighting to a concentrated low-key effect that lets Anna and Vronsky twirl in a heavenly glow and casts the rest of the dancers into the shadows.

The effect of the shadows accentuates two crucial themes percolating in the scene. First, the key light on Anna and Vronsky celebrates their love, which radiates a divine pleasure that remains dimmed for the remainder of the film, Secondly, and most intriguingly, the contrast reveals how Anna lives her life in the spotlight. All her actions are a public affair to be seen from the players waltzing in the shadows. Anna Karenina both honours its literary source and elevates it with one smart stroke of cinema. DP Seamus McGarvey’s accomplished work in Anna Karenina is bold, visionary brilliance.

Would you like to add a post-script to this memo to The Academy?

My feel for most of these predictions hasn’t changed, aside from Jennifer Lawrence, but I'm teetering on a few. Best Director seems to be the hardest to pick: I can’t see Spielberg winning if Lincoln’s not going to take the top prize, but Life of Pi almost seems like an afterthought in the race. Lee seems like a default choice, though, since the tech-heavy Pi is consistently garnering reports of sustained applause for the director at industry functions even if the film is winning little hardware itself. Reports differ, though, on the level of support the nominees received at the Academy’s Nominees Luncheon, which serves as a helpful bellwether of favour: Anne Thompson reports that Ang Lee won the applause-metre, but Scott Feinberg says that Spielberg scored the highest decibel for directors. Can Ben Affleck please just endorse one of the nominees?