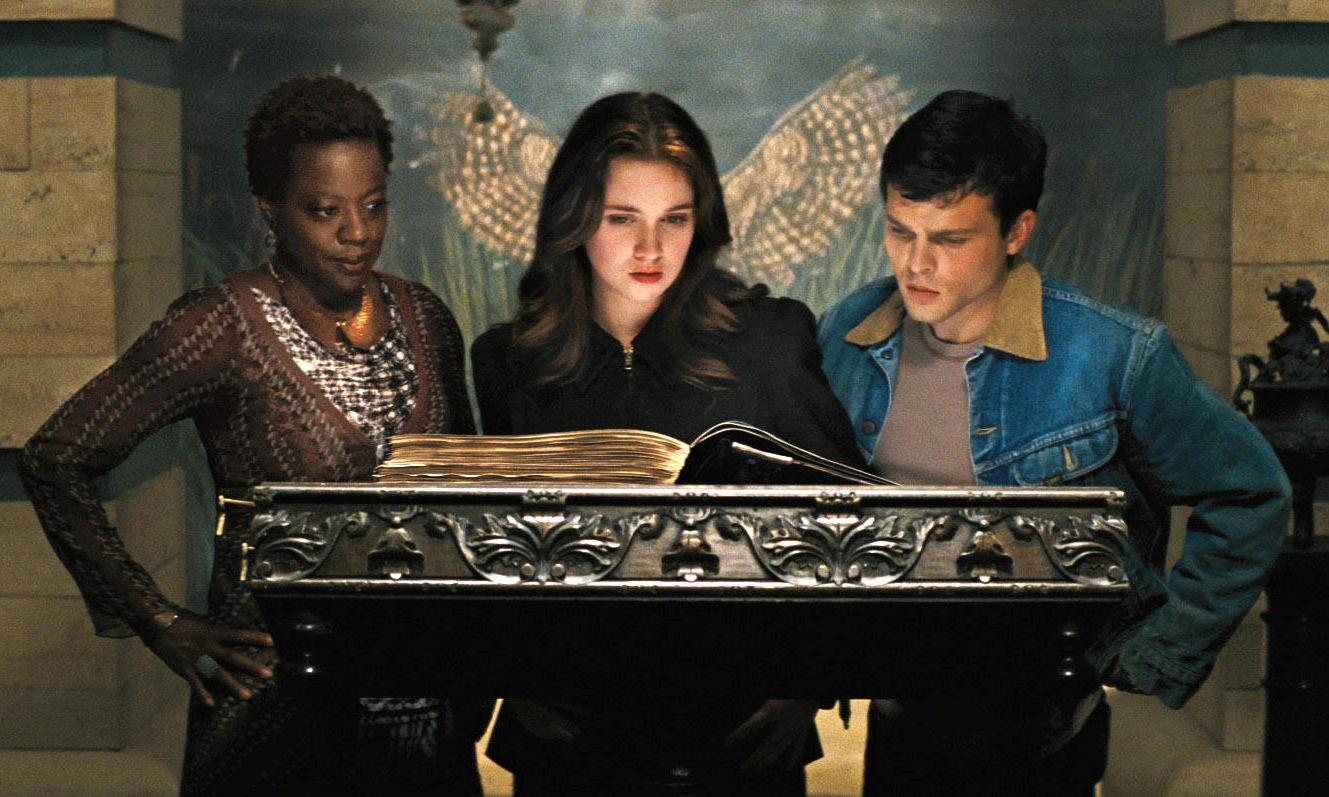 
Superior to the first Twilight film, but at least a full star away from The Hunger Games, Beautiful Creatures is a refreshing and highly entertaining entry into teen-lit cinema. This first instalment of the popular trilogy by Kami Garcia and Margaret Stohl is a smart, stylish genre-bender that works quite effectively. Like Twilight or The Hunger Games, Beautiful Creatures pits a pair of star-crossed lovers in a strange, ghoulish circumstance to test their love. 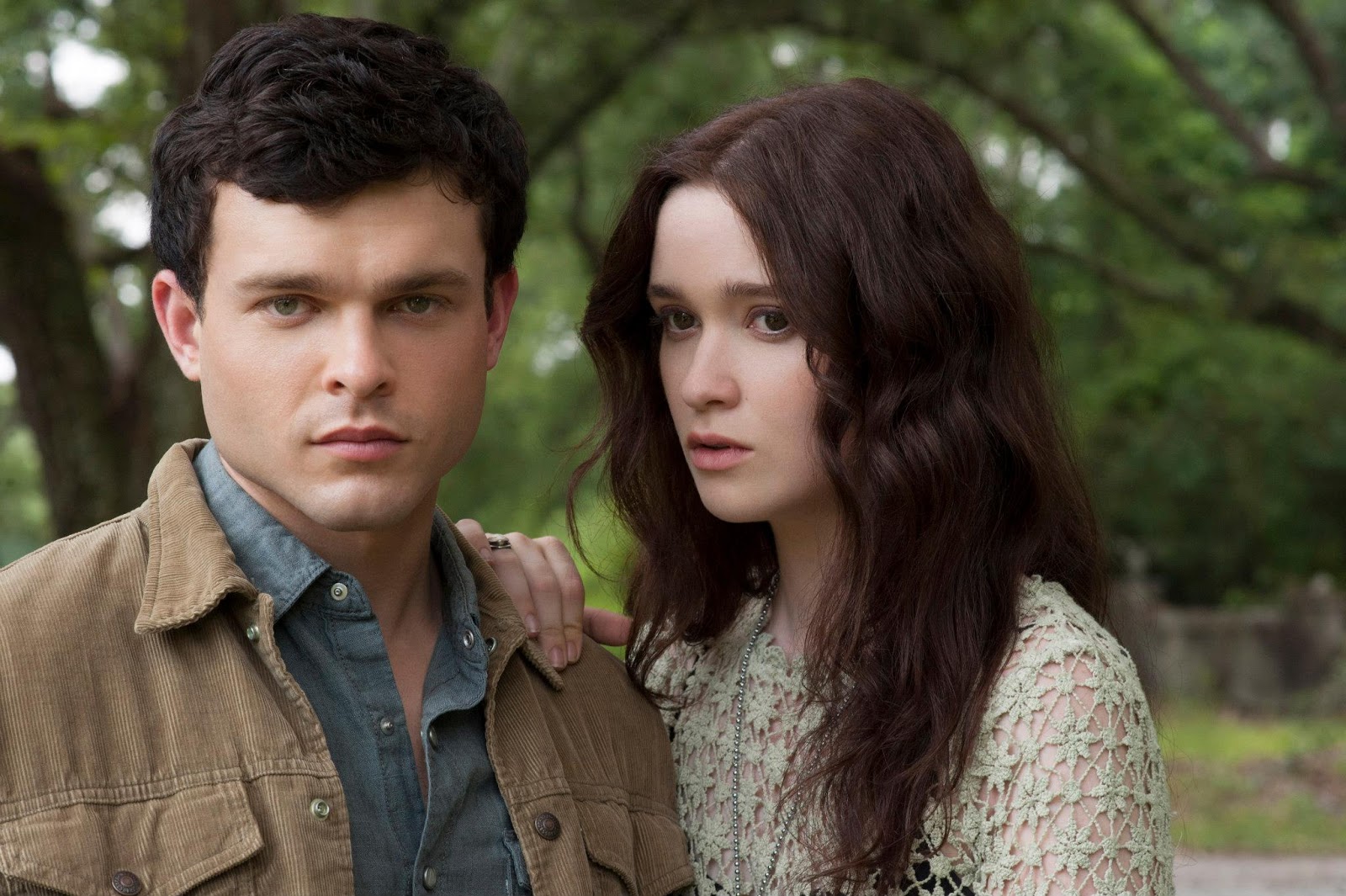 Ethan Wate, played by newcomer Alden Ehrenreich, is restless in the small Southern town of Gatlin. Gatlin is the kind of dusty old place full of old-age spiritualism, outdated piety, and Civil War fervour that fosters dreams of escape for a bookish lad like Ethan. The town’s warped nature reveals itself when a new girl, Lena Duchannes (Alice Englert from Ginger and Rosa), appears on the first day of school.

A relative of the notorious Ravenwood family, Lena’s presence sets tongues a wager and spooks the religious folk of Gatlin. Reported to harbour supernatural powers, Lena becomes an outcast. However, her aura entrances Ethan and they strike up a quick friendship. The obstacle to their love, like Katniss’s duty to kill Peeta, is that Lena is a “Caster”, a witch of sorts, and her upcoming Sweet 16 will see her powers claimed by either good or evil. Lena has no choice in the matter, and her family history suggests that this is not an ideal time for young love.

Beautiful Creatures  spices up the Southern gumbo with some master enchanters in supporting roles. Adding eye of newt and toe of frog to the feisty spell are stars like Jeremy Irons as Lena’s uncle Macon, the patriarch of the Caster clan; Emma Rossum as Lena’s sister, a sexpot sorceress who was claimed by the dark side; and Viola Davis as Amma, Ethan’s friend and a guardian of local secrets. There has been some grumbling from fans that Amma is a conflation of key characters from the book, but film buffs should surely give a nod of thanks to the switch since it gives Miss Davis more screentime. Character actors Eileen Atkins and Margot Martindale also make lively appearances as two of Lena’s elders. 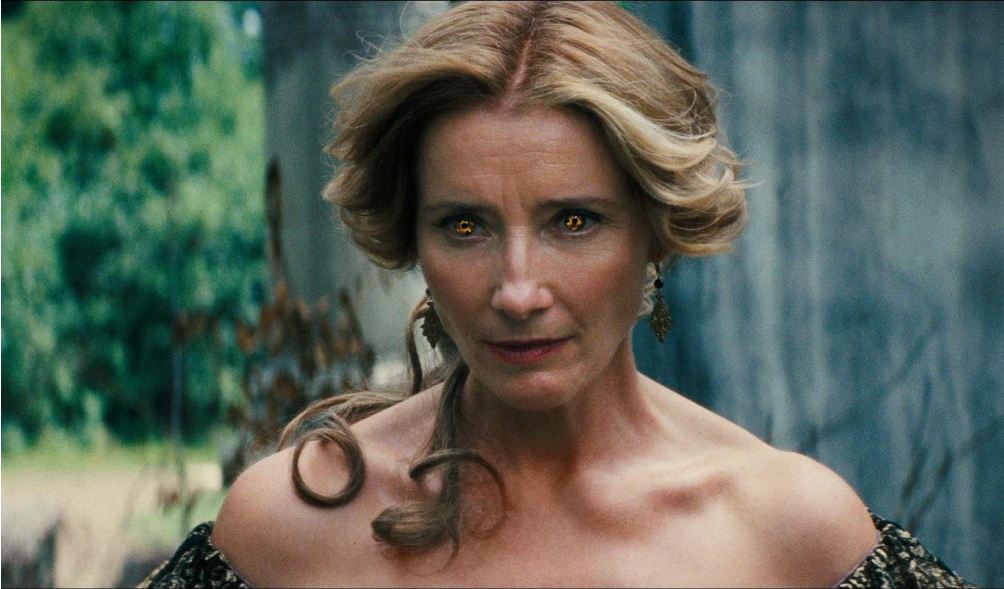 The best thing stirring the cauldron is Emma Thompson’s spirited turn as Mrs. Lincoln, a local zealot and opponent of Ravenwood who becomes possessed by an evil force. Thompson’s possession makes the actress seem like a haunted marionette when Mrs. Lincoln starts sexing it up in church, as she acts all saucy and spellbinding when she’d seemed a distant relative of Nanny McPhee only moments before. Thompson eats up the scenery as heartily as I do a bowl of blackened chicken livers, and the stunt casting of the prim British actress is the best stroke of Beautiful Creatures’ spell.

The film unfortunately encounters the recurring imbalance that appears when talented stars work in support of fresh new faces. Ehrenreich and Englert are more than serviceable in the roles of the star-crossed lovers, but the film gains a staggering jolt of life whenever the dramatic spell of the film is in the hands of Irons, Rossum, Davis, and especially Thompson. Thankfully, though, Ethan and Lena aren’t afraid to make their romance a family affair, so the bigger stars are often present to work their magic. To the credit of the younger actors, they display far more range and skill than their colleagues do in some other franchises, and the veteran actors struggle with the Southern accents just as much.

Smartly scripted so that it explains the mythology of the Ravenwood curse quite clearly for viewers who haven’t read the book (I haven’t) and moving along at a surprisingly quick place, Beautiful Creatures mixes romance and atmospheric Gothicism quite effectively. There are no awkwardly elongated moments of pale love-struck teens staring into each other’s eyes. Unlike Twilight, Beautiful Creatures knows how to blend genres smartly, as the fate of the lovers is complicated by and intertwined with the fantastical element of the film. Fans of the franchise should be pleased because Beautiful Creatures, regardless of what one thinks of the books, is a worthy stand-alone film.

The mix of Gothic, horror, and romance succeeds because Beautiful Creatures never takes itself too seriously. Adapted by Richard LaGravenese (screenwriter of Water for Elephants), Beautiful Creatures embraces takes the inadvertent camp that usually arises in horror-romance hybrids and makes the energy an ingredient in its bewitching charm. A highlight, for example, is the battle of Casters’ powers that acts as the film’s centerpiece and puts the cast on a revolving set as the test their skills in the name of love. Using the atmospheric setting of its New Orleans setting and accentuating the ether with a stylish production design and some fabulously fantastical costumes by Jeffrey Kurland, Beautiful Creatures is probably the film that Dark Shadows wanted to be. It’s a hoot.

The film also gives a fine nod to its literary heritage by making ample play with the ghosts of the past that reside in this old town. Gatlin, a place of Civil War mythology, is haunted by the same spirits that control Lena’s fate. The fear of letting go of the past and of looking forward haunts Gothic romances, yet Beautiful Creatures is smart to release the spirits of teen-lit past. This lively and entertaining film is smart enough to appeal to viewers of all ages. I might have been too spooked by Twilight to see New Moon, but I’m bewitched enough by Beautiful Creatures to await the next chapter of the Caster Chronicles.