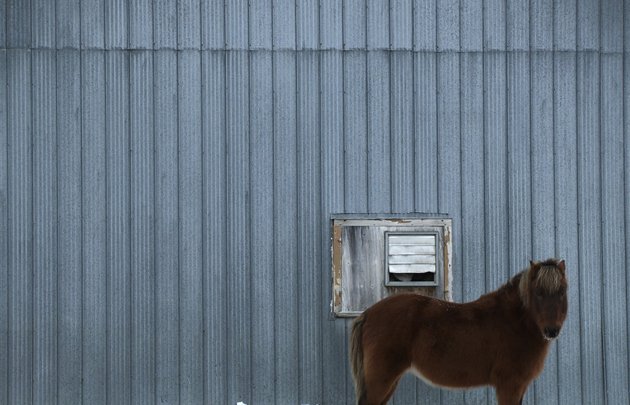 People are animals. We live in different environments and have different habits than our four legged friends, but we also have a lot in common. People are often as restless as a wild zebra, for example, when they flutter about town in a series of scheduled activities to occupy their days. Others are like a fat little tabby cat, since they like lounging around after filling their bellies. To each his own, but at least humans can often choose between running and slothfulness.

Denis Côté, that strange Québécois filmmaking behind Curling, blurs the lines between humans and animals in his new documentary Bestiaire. As Bestiaire takes the viewer on a trip through Parc Safari en Hemmingford, Quebec, it’s not really clear who is doing the observing: Côté or the animals. As the camera gazes upon the caged beasts in a series of static Tom Hooper-ish off-centre long takes, the effect is much like being a kid in a petting zoo. One can stare and marvel at the creatures—sometimes for a bit too long—and enjoy the exotic sights in a nice, staged environment.


The animals, however, look back at the camera. They stare into the lens’s eye with the same curiosity that one looks upon a big fat hippo. “What could you possible want with us,” the animals seem to ask as the look obliquely at the camera and soon tire of boredom, “we’re no more interesting than you are.” 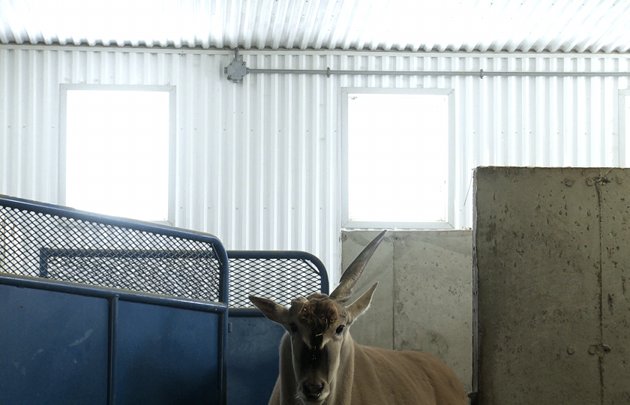 The animals vary between showing indifference and hostility in Côté’s observational film. Some animals enjoy having their bellies filled, but most of them seem to want to escape. A gazelle stamps its foot, out of either impatience or a need to warm itself up from the winter cold, and a group of zebras shuffle about their closed quarters with an antsy energy. As beautiful as some of these animals may be, they look oddly out of place in rural Quebec.

Not only in the snow-laden exterior shots do the animals seem poorly suited to their environment. Half of the film captures the animals in interiors, and the smart use of negative space reveals the small cramped quarters in which these big beasts are housed and shows that wild animals don’t enjoy captivity. Côté makes the argument that animals shouldn’t be housed for the viewing pleasure of humans without offering a shred of voice-over or dialogue. Bestiaire makes its point through images alone.

When the humans finally make an appearance in Bestiaire, the film shows the contradictory problem of appreciating these animals while protecting them at the same time. One of the humans observed in Bestiaire is a taxidermist. In what is arguably the longest sequence of the film, the camera watches him skin and stuff a duck. The taxidermist has the gift of an artist, for the bird looks beautifully lifelike. The dead duck appears in a static display like all the other animals in Bestiaire do since Côté keeps the camera mostly stationary; however, the dead duck doesn’t offer the same sense of excitement because its glass eyes don’t return the gaze.

Côté observes the beasts not to make a point about animal cruelty, for the animals at Parc Safari seem to be treated rather well, but rather to simply underscore the pointlessness of housing these animals in the first place. There’s an undeniable banality to the long takes of Bestiaire and there’s an even greater sense of discomfort, too, in having a series of exotic animals stare back at you for an hour and ten minutes. They probably dislike being watched as much as you dislike them watching you.

Bestiaire is currently available on iTunes.