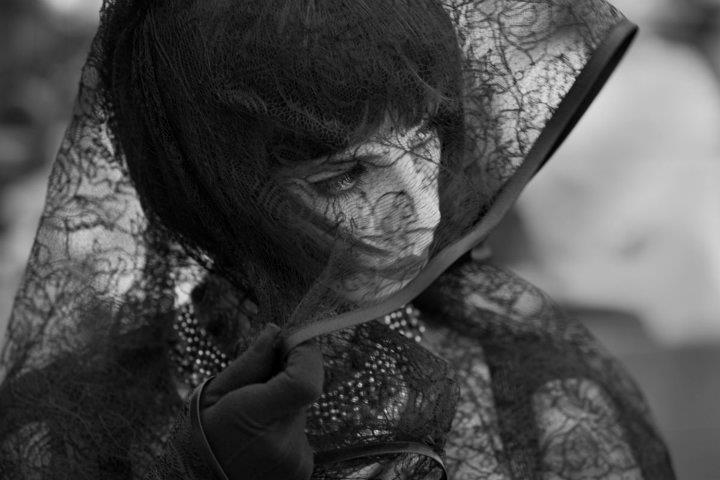 The past year has seen a flood of Snow White movies. The tale by The Brothers Grimm first received two decidedly contemporary renditions: the god-awful nightmare Mirror Mirror and the nightmarish action-pic Snow White and the Huntsman. The latter is fairly good thanks to an inspired performance by Charlize Theron as the evil queen and to its video-gamey style, which works surprisingly well. Both these revamped Snow White tales, however, are vastly eclipsed by the Spanish take, Blancanieves. Blancanieves (which literally translates to Snow White) appropriates the “white as snow, black as wood” features of its heroine and reimagines the classic tale in the silent black-and-white of classic cinema. As the characters in Skyfall would say, “Sometimes the older ways are best.”

Like last year’s The Artist, Blancanieves is a throwback to a departed era. Vintage is back in style, though, as shows like Downton Abbey and Mad Men have proven, and Blancanieves is a welcome trip to the past. It’s an exciting, irresistibly charming tribute to the silent era.

This retelling of Snow White feels as if one sifted through the archives and discovered a long lost gem. Writer/director Pablo Berger offers an immaculate recreation of silent film aesthetic, from the vintage stock look to the shot length and duration. Even better is the film’s visual sense, as it uses impressionistic shadows and images to accentuate the fairy tale feel.

The style of the film works especially well with the tale by the Brothers Grimm. Like the lovely black-and-white, the tale of Snow White harkens back to the earliest memories of the magic of storytelling, or of the magic of movies since the Walt Disney film was probably one of the first hooks that caught film buffs’ attention to the cinema. Berger’s tale of Snow White is an entrancing adaptation, too, for the tale’s fateful heroine is not a shut-in princess, but the daughter of a bullfighter.

Named Carmen in the film, the girl is the daughter of a star matador, Antonio Villalta (Daniel Giménez Cacho). A bull gores Antonio during a riveting bullfight that opens the film and both he and his pregnant wife are whisked to the hospital. His wife goes into labour upon seeing the accident, and she dies during childbirth. Antonio survives, but he awakens under the spell of his seductive nurse, Encarna (Y tu mamá también’s Maribel Verdú). A mean-spirited vamp, but hardly an evil witch, Encarna follows the Grimm tale by marrying the father, banishing the daughter, and enjoying a life of wealth and power at the expense of others.

The flip side of this Snow White tale is that the girl is rescued by a troupe of bullfighting dwarves. Carmen (played in her elder years by welcome newcomer Macarena García) joins the seven matadors in the ring. She is an instant star, since bullfighting runs in her veins, and she becomes a national icon as the matador Blancanieves, aka Snowhite. (That’s not a typo).

Blancanieves refashions the old fairy tale anew to the thrilling tempo of castanets and flamenco. Driven by a wall-to-wall score by Alfonso de Vilallonga, which essentially doubles as the film’s dialogue, Blancanieves is full of life and magic. It’s one of the best scores I’ve ever heard in a film, really, and it moves the fairy tale at a unique, exciting tempo.

Equally fiery is Verdú as the evil stepmother. Encarna has no magic mirror to explain her vanity or villainy, but Verdú conveys more wickedness than anyone has ever brought to the role. Playing the delicious character extra saucily, Verdú’s expressive face makes full use of the power of silent cinema. She isn’t afraid to chomp the scenery with an evil glare or a sneaky shift. Who needs dialogue when an actress can say so much with her face?

It’s easy to see how Spain chose this flawlessly executed work of art as its official entry for Best Foreign Language Film at the Academy Awards. (It also was a recent winner at Spain’s Goya Awards, beating the like of The Impossible for Best Film and Best Actress.) Blancanieves might not have made the final hurdle through the Academy’s convoluted foreign film contest, but it sets the bar for films to come in 2013. It’s a hypnotic, imaginative, and thoroughly magical feat of cinema.

I loved every minute of Blancanieves and every serious film buff surely will too. It’s a tribute to the cinema much like The Artist, but it’s also much more. If The Artist was like a blissful homage shot through an Instagram filter called Silver Screen, then Blancanieves is a thorough immersion in the foundational conventions of the medium. Thanks to Berger’s innovative approach to form and to the masterful cinematography by Kiko de la Rica, Blancanieves is not just a whimsical hat tip. It’s more like an addition to, if not a revival of, the era that made film the greatest form of visual art. As much as I loved the Michel Hazanavicious charmer, Blancanieves is even better than The Artist. It’s a must-see for all film buffs. Olé!

Blancanieves plays in Ottawa at The ByTowne until March 3rd and again from April 19-22.
Blancanieves opens in Toronto at The Varsity on May 31.