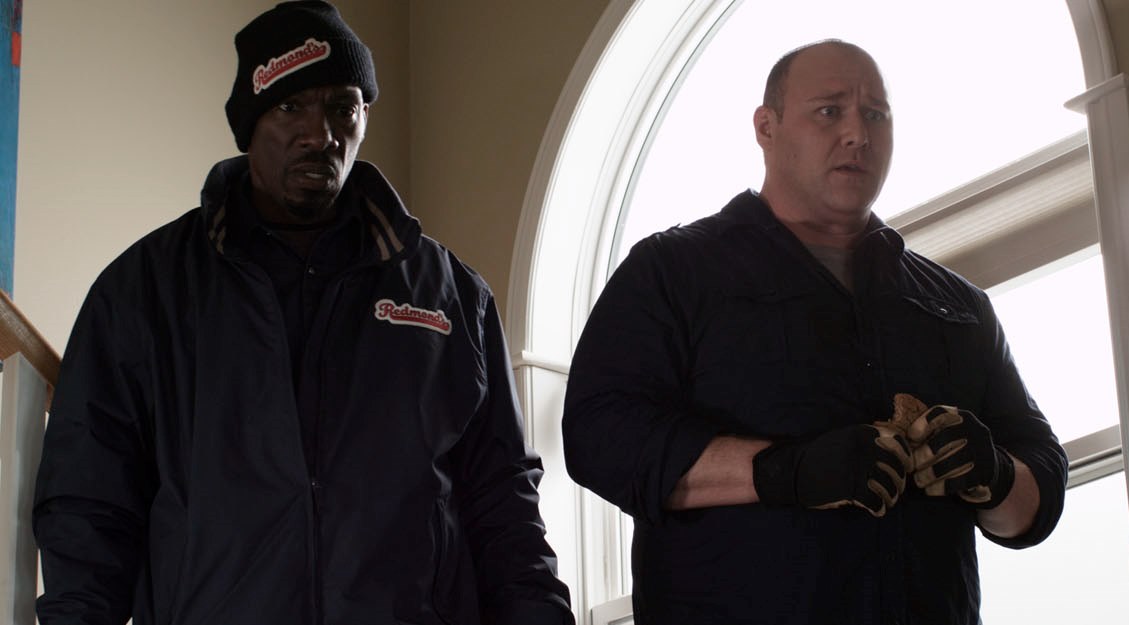 An embarrassingly unfunny film, Moving Day lifts comedy in its broadest form and drops the package on its big toe. Director/co-writer Mike Clattenburg (The Trailer Park Boys) usually provides a good chuckle with coarse humour aimed for a general audience, but this workplace comedy is as dry and flat as the cardboard boxes the movers stack and ship. Moving Day is the kind of Canadian movie that gives tax credits for the film industry a bad rep.

MAD TV’s Will Sasso stars as Clyde, a downtrodden moving guy working at Redmond’s Furniture in Dartmouth, Nova Scotia. Clyde has been stuck in the same dead-end job for seven years now, and he mopes around his apartment writing inspirational quotes on cardboard and guzzling generic cola by the two-litre bottle. His boss (Victor Garber) is a pompous ass and his co-workers (Charlie Murphy and Gabriel Hogan) aren’t exactly role models. Clyde wants to escape his job and be somebody.

Why, where, or how Clyde aims to get there seems irrelevant, so Moving Day has its main man all boxed up and ready to go without any game plan. It’s all pointless, really, as the roster of one-note characters goes from one situational gag to another, playing upon workplace scenarios for sitcommy laughs. The film includes a bunch of aimless subplots, such Redmond’s fluffy dog that likes to eat rubber bands, or other odd digressions like Clyde’s dreamy interludes. The whole script seems like an excuse to set up product placements for PopchipsTM and Alexander Keith’sTM or the odd crane shot just to make the film seem “cinematic.”

It’s all done fairly well, or at least competently, from a perspective of production value, so Moving Day simply resembles a missed opportunity to create a decent comedy for mainstream Canadian audiences. It looks just as commercially viable as a Hollywood film does, but it’s not the least bit funny, so there’s no incentive to spend a buck on this pic. There’s ample talent involved in Moving Day, from American stars Sasso and Murphy to Canuck talents Garber and Miller (the latter of whom randomly scored a nomination for Best Supporting Actress at the Canadian Screen Awards, despite how she has a thankless role), so this film could have been a decent comedy if the cast and crew were fashioned with a decent script. Moving Day, a throwback to the days of tax shelter crap, is a waste of talent. But it’s mostly just a waste of time.