Just What the Doctor Ordered

(USA, 114 min.)
Dir. Steven Soderbergh, Writ. Scott Z. Burns
Starring: Jude Law, Rooney Mara, Catherine Zeta-Jones, and Channing Tatum.
The cinema has awoken from its winter’s nap. The January blahs are over thanks to Side Effects, the brilliant psychological thriller directed by Steven Soderbergh. Side Effects is reportedly Soderbergh’s last theatrical film as a director (he has the Liberace pic airing on HBO this spring), thus the praise is bittersweet. It’s one of the director’s best films, I think, so it’s sad to see a filmmaker step away from the camera when he’s at the top of his game. If Side Effects is indeed Soderbergh’s last film though, then he exits on a very high note.


Reuniting with Contagion scribe Scott Z. Burns, Soderbergh delivers a thriller that is once again gripping, fast-paced, stylish, and smart Too many thrillers are labelled “Hitchcockian” to describe their masterful suspense and atmosphere, but Side Effects deserves the tag for delivering a surprising and expertly plotted film. As with Burns’s script for Contagion, Side Effects has an unconventional time structure and it reveals its drama in unexpected twists and turns. It begins with a deceptive framing device and unfolds the marriage of Emily and Martin Taylor (played by Rooney Mara and Channing Tatum) as they rebuild their lives upon Martin’s release from prison. Emily seems to have trouble adjusting to Martin’s presence (he served four years for insider trading), and a moment of emotional distress lands her in the care of Dr. Banks (Jude Law). 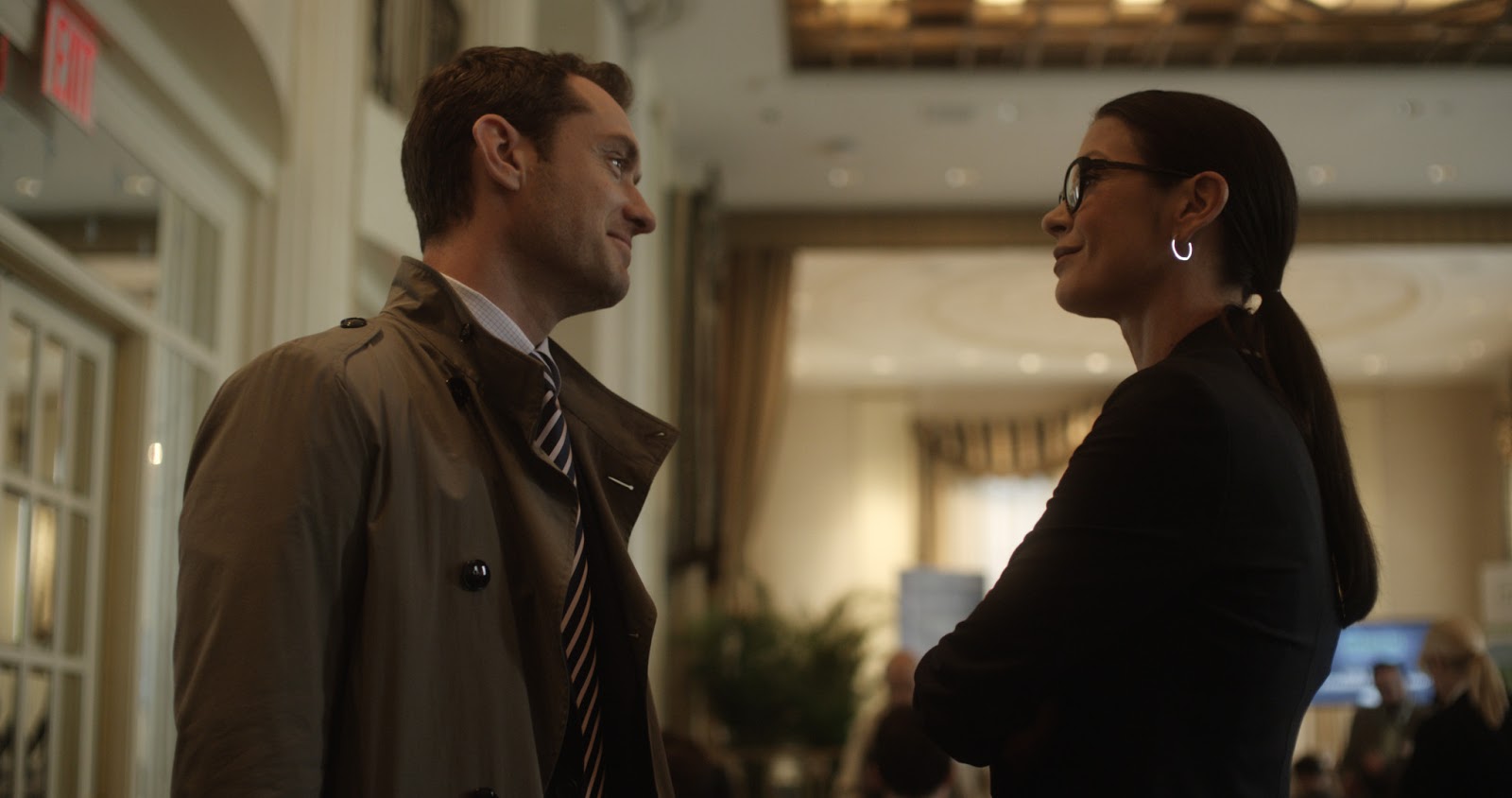 Emily undergoes therapy to battle her depression, but her talks with Dr. Banks have few results. Prompted by a consultation with Emily’s former psychiatrist Dr. Siebert (Catherine Zeta-Jones), who treated Emily when her life crumbled upon Martin’s arrest, Dr. Banks decides to put Emily on a new anti-depressant. Pills are a logical step in Emily’s treatment and a fairly common one, since virtually everyone uses some sort of mood-altering substance to get themselves through the day.

All these helpful remedies, however, have unintended side effects. Emily’s treatment with Dr. Banks spirals quickly out of control. For every bit of progress she makes with Dr. Banks, Emily’s behaviour becomes inexplicably more erratic. Side Effects then prescribes a bombshell for Emily’s predicament. Both her life and Dr. Banks’s are ruined, and no little pill can cure them.

Side Effects begins as one film but it morphs and shifts into an unexpected alter ego. The film invests a conspiratorial sense of paranoia into the proceedings, which highlights how shrewdly and dexterously Burns weaves his research of mental illness into his distinctive sense of cinematic character. Dr. Banks’s study of Emily’s condition creates a dark atmosphere, while Emily’s unravelling sense of self makes her an intriguing femme fatale.

Soderbergh casts the roles of both the doctor and the patient perfectly. Law, who also worked with the director on Contagion, gives one of his better performances of late as Dr. Banks. Without a shred of self-doubt, Law plays Banks as both a victim and an anti-hero: is he the flawed gumshoe to solve Emily’s predicament, or is the doctor merely another misdiagnosed, madman walking New York’s busy streets? 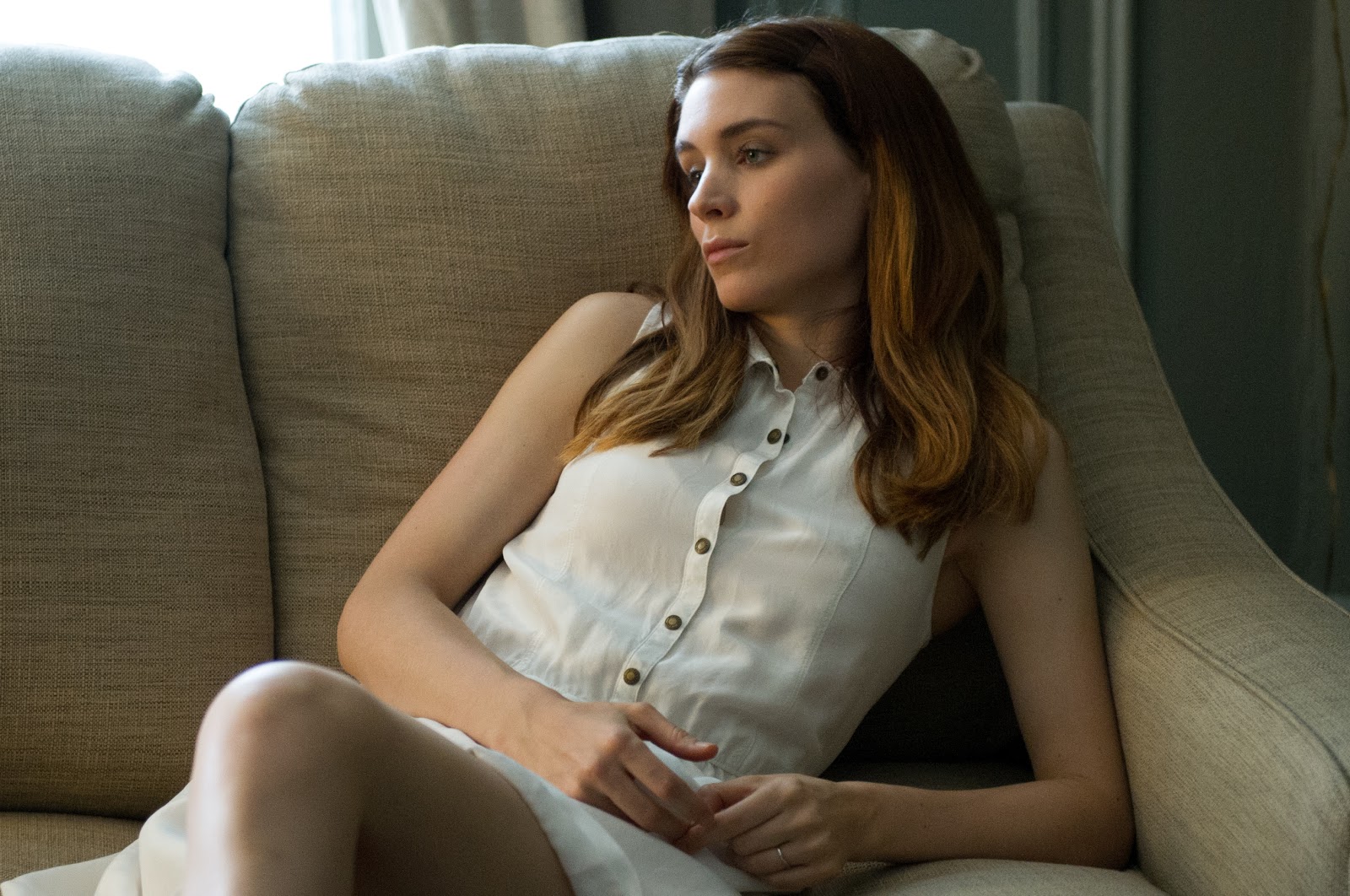 As good as Law is, however, Side Effects belongs to Rooney Mara. Mara shows that her star-making turn in last year’s The Girl with the Dragon Tattoo was no fluke. With an enigmatic sense of despair as well as an unhinged viciousness, Mara plays Emily with a volatility that toys with her character’s emotional fragility and her wild, unpredictable subconscious. Emily has an unreadable poker face behind her endless tears and runny nose. In the vein Tippi Hedren’s Marnie, Emily is a complexly puzzling creature. Side Effects is Mara’s show and it proves that she’s here to stay as one of the hottest young actresses working today.

Soderbergh also gets strong performances by casting two of his previous collaborators against type. The director’s bromance with Channing Tatum continues after Haywire and Magic Mike, and Tatum fits Martin’s impeccably tailored suit rather well. Catherine Zeta-Jones is especially good as the cold Dr. Siebert. Reuniting with Soderbergh after Traffic, Zeta-Jones is an apathetic Nurse Ratched with a prescription pad. Also offering a good turn in relatively small role is Compliance’s Ann Dowd, who offers another reason for Oscar watchers to get in line to see Side Effects

Capturing the mystery through the cold lens of his digital camera, Soderbergh offers a voguish snapshot into our overmedicated, inorganic world. Emily’s depression is just one story amongst the millions of pill-induced zombies in the fast-paced, substance-fuelled hustle bustle of everyday life. A lawyer might take Prozac to lighten the stress load, a blogger might drink coffee to find inspiration over breakfast, or a teacher might spend a few hours at the gym to ride a wave of endorphins to a happy mood in the classroom. Everything remedy has a cost, however, as said lawyer might be prone to nausea, said blogger might have high blood pressure, and said teacher might suffer fatigue. Emily might be prone to madness.

Side Effects is ultimately not a polemic against Big Pharma, but a psychological cat-and-mouse game within our disaffected way of living. The twists and turns play upon our perceptions of mental illness, as well as our sense of what is sane, which ultimately delivers more chills than Emily’s descent that begins the film. Refreshingly intelligent and spectacularly entertaining, Side Effects is just what the doctor ordered to excite the multiplex. Side Effects sets a very, very high bar for the year to come.

Side Effects plays in Ottawa at The Mayfair until April 10th.