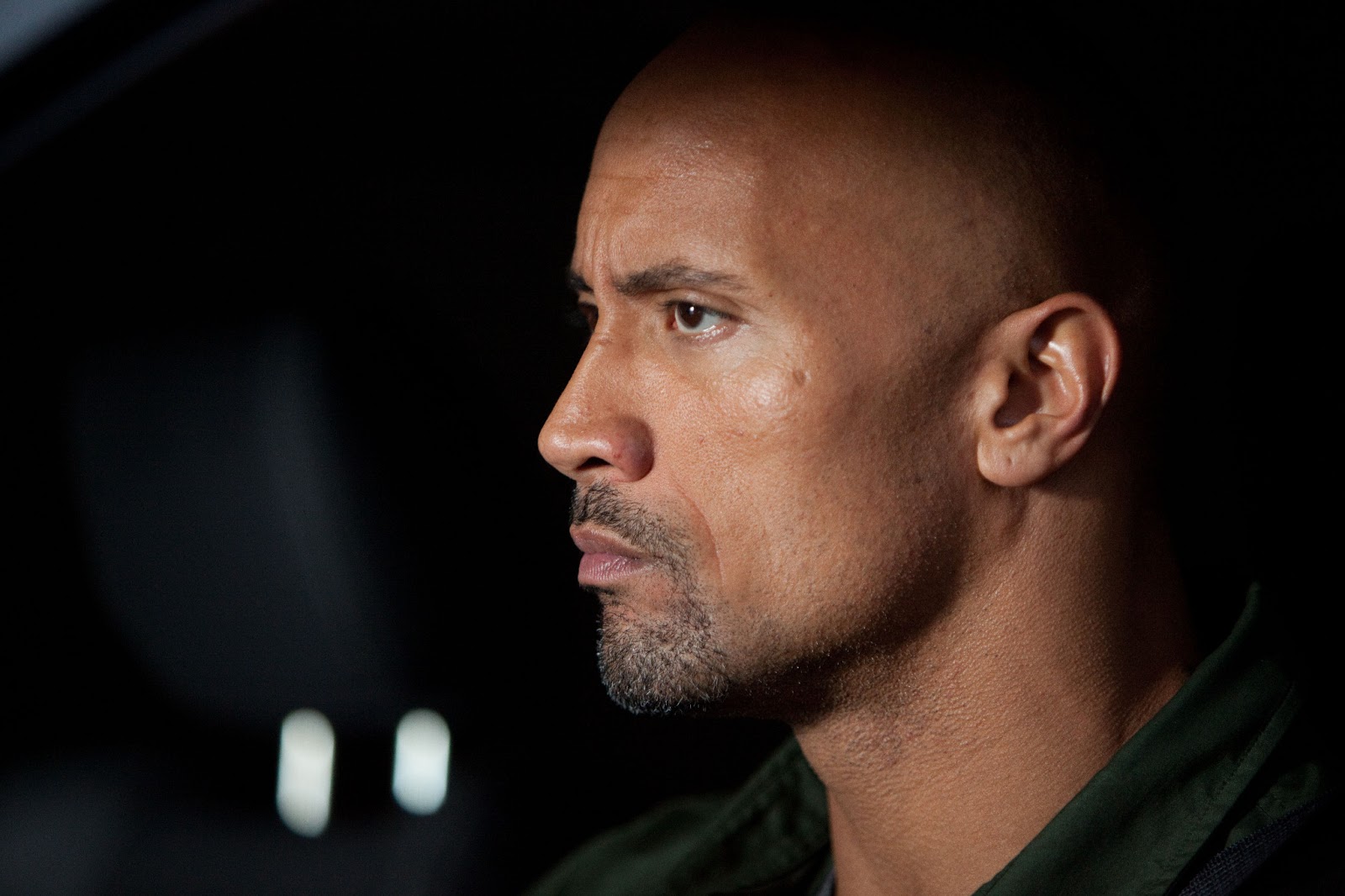 How much time should a drug dealer serve in prison? A year? Ten? Or should someone only do probation for slinging smack on the street? If it’s a non-violent crime, they shouldn’t do much time. That’s at least the morale that Snitch offers when everyman John Matthews (Dwayne Johnson) goes undercover to catch top-level drug players so that he can free his son, Jason (Rafi Gavron), from a ten-year mandatory minimum sentence for distribution.


Jason might be an ideal candidate to offer a little finger wagging at America’s legal system. He’s only a kid and he stumbles into the charge by making a stupid mistake. (He lets a friend mail a package of ecstasy to his house.) His history proves that he’s not enough of a threat to merit the ten years he’s likely to serve. When Jason refuses to snitch to reduce his sentence, dad convinces ambitious prosecutor Joanne Keeghan (Susan Sarandon) to let him bring in the supplier. The owner of a construction company, John plans to become the drug lords’ newest shipper.

To become a trafficker, John enlists his employee, Daniel (Jon Bernthal) to introduce him to a major player. Daniel, twice convicted of distribution, accepts the offer reluctantly because another arrest means a third strike and that means exponentially more time in the slammer away from his wife and son. Daniel’s story gives Snitch an extra perspective on the hardship a criminal might face in moving forward with a new life under the stigma of a criminal record.

With Daniel’s help, though, John moves along the drug trail at an unbelievably fast past and gets meetings with a top-player (The Wire’s Michael Kenneth Williams, who thankfully brings some shades of Omar to this drug pic) and the top king pin, played by Benjamin Bratt. John’s success surprises Keeghan and, like the vote-grubbing politician that she is (did you see all those “Vote for Joanne!” signs in the background?), she decides to change the deal and show Jason more mercy if John can bring in even bigger fish.

Seeing The Rock share the screen with Susan Sarandon is a novelty itself, but Dwayne Johnson proves himself a competent actor with Snitch. Snitch is arguably the first time that Johnson has played a real character instead of an action hero, and he makes the transition fairly comfortably. John starts out small and quiet but, like The Incredible Hulk, he becomes angrier and beefier as bad stuff happens, and he tears about a decent drug drama with a ridiculous bit of fist-pounding and stuff-smashing.

Casting Dwayne Johnson alongside the likes of Sarandon and Bratt, plus Bernthal, who is quite good as Daniel, Snitch doesn’t really seem to know what kind of film it wants to be. Johnson has strong presence in the film, but his big muscles and past screen history leave one in constant anticipation of action. There’s surprisingly little action in Snitch, aside from a gunfight in the middle and a car chase at the end. Instead of offering the high-calibre action that the trailer forecasts, Snitch gradually builds plot and character. It’s a slow film and a more sedated one than Johnson’s fans might expect, but the lengthy build-up in the film lets fans see another side of the actor.

Snitch is decent both as a family drama and as an action movie, although it’s muddled as a message movie. The film seems to say “pity the drug dealer” as it opens with a title card saying that the drama is inspired by true events and the ensuing story tells of a heroic dad who saved his son from an uptight legal system. Snitch is bookended by another title that frames the story as a plea against mandatory minimum sentencing. The film even advertises a Take Part campaign, which petitions, “Put an end to mandatory minimums.”

It’s admirable that Snitch blends activism and action, but this vehicle for The Rock might not be the best film to get the message across. The violence escalates as John goes deeper into the cartels, so Snitch shows the necessity of cutting off the drug trade, even if it’s at street level. Putting kids like Jason behind bars for a decade might seem harsh, but Joanne notes in her first meeting with John that mandatory minimum sentences act as a deterrent to keep people like Jason from entering the drug business in the first place. They also gives her more leverage to work against the drug dealers, since a mandatory minimum gives her something to offer: a dealer won’t give up the king pin if he’s only facing probation.

Every success of John’s heroism seems to help Joanne’s callous, if purposeful, approach. Without the mandatory minimum, John wouldn’t have been bothered to go after the dealers at all and the bad guys would still be selling smack on the street.

Even if Snitch undermines its own logic, it’s an entertaining vehicle for Johnson. It’s also a relief to see an action film spend more time on character development than on car chases. There should be a mandatory minimum against mindless action, right?