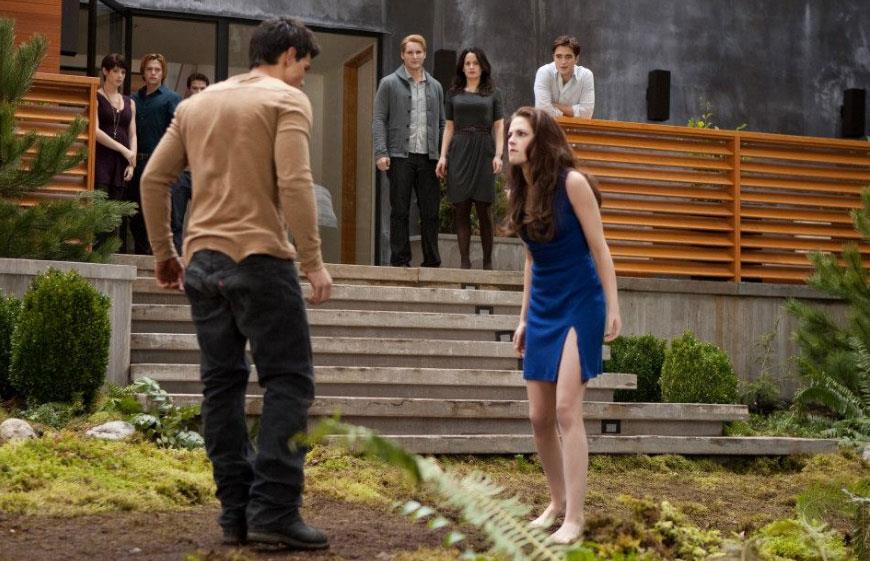 The Twilight franchise has finally got its due! Breaking Dawn: Part 2 won top “honours” at the Golden Raspberry Awards (aka the Razzies), Hollywood’s annual gong show to fête the “berry worst” in cinema on the night before the industry gives a bunch of awards to itself. It’s the first time that the Twilight Saga has taken home any major hardware despite being a strong presence at the award show for the past four years. Oddly enough, this win looks like a case of what we call “deferred Oscar syndrome” since the seven wins seem like a last chance effort to razz the franchise. Breaking Dawn Part 2 was by critical consensus the least bad entry in the franchise since the original scarred our brains in 2008. For example, Part 2 holds a freshness rating of 48% critical endorsement of Rotten Tomatoes, compared to the 24% critical approval for Breaking Dawn Part 1. As they must have said with Peter Jackson’s win at the Oscars, “Better late than never.”

There was, however, on top prize that eluded Twilight. Worst Actor dishonours went not to Robert Pattinson but to Adam Sandler for That’s My Boy. This makes Sandler a back-to-back winner, as he won last year for Jack and Jill, which had the notorious honour of winning every prize at the show. It’s probably time that Sandler returned his voting privileges to The Academy.