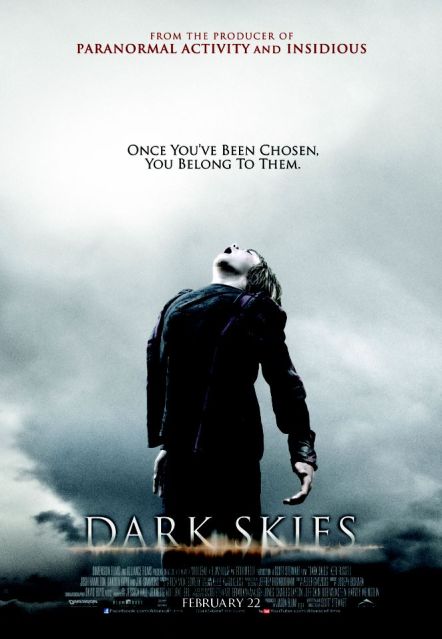 Do you like scary movies? Do you like free scary movies even more? Then you are in luck, for we have tickets to the Ottawa sneak peek of Dark Skies! From the producer of Paranormal Activity, Insidious, and Sinister comes Dark Skies, a supernatural thriller that follows a young family living in the suburbs. As husband and wife Daniel (Josh Hamilton) and Lacey Barret (Keri Russell) witness an escalating series of disturbing events involving their family, their safe and peaceful home quickly unravels. When it becomes clear that the Barret family is being targeted by an unimaginably terrifying and deadly force, Daniel and Lacey take matters in their own hands to solve the mystery of what is after their family. Dark Skies is written and directed by Scott Stewart (Priest, Legion) and co-stars Dakota Goyo, Kadan Rockett and J.K. Simmons.


Thanks to our friends at Alliance Films, we are can give away ten (10) double passes to the Ottawa sneak peek of Dark Skies. All you have to do to enter is answer the following question: Dark Skies is from the producer of Sinister. On what kind of film did the killer in Sinister record his grisly crimes?

Email your answer to contests@cinemablographer.com with the subject “Dark Skies”. Bonus entries go to anyone who RTs this contest on Twitter or shares it on Facebook!