Win Tickets to the Ottawa Sneak Peek of 'Snitch' (closed) 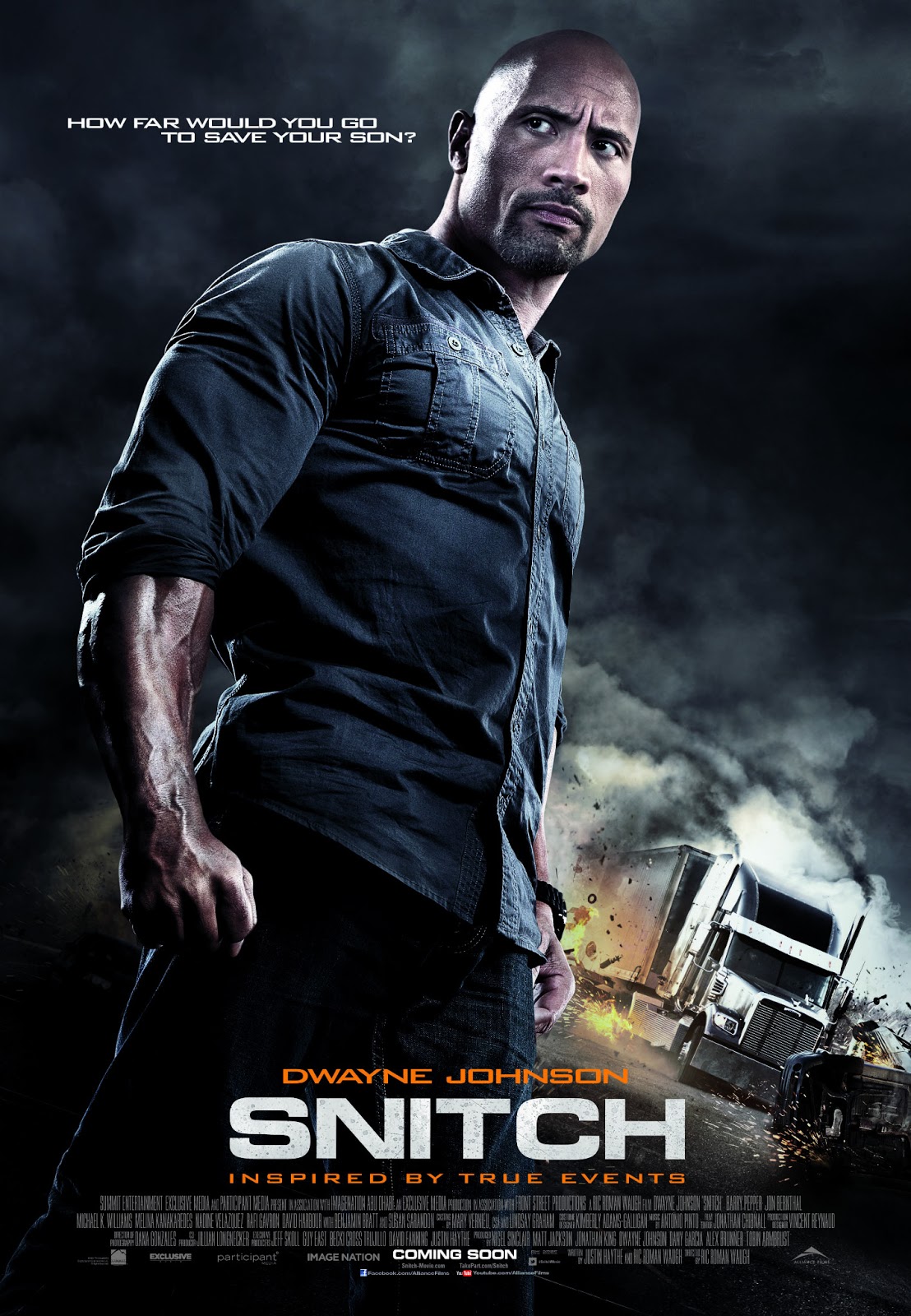 There’s a giveaway underfoot, but don’t be a *snitch* and give away the answer. Thanks to our friends at Alliance Films, we have ten (10) double passes to the Ottawa sneak peek of their upcoming film Snitch. Action superstar Dwayne Johnson headlines this fast-paced thriller as a father whose teenage son is wrongly accused of a crime and is sentenced to 10 years in jail. In order to clear his son’s name, he dangerously goes undercover and risks everything, including his own life, to reduce his son’s sentence.

All you have to do to win tickets to Snitch is answer the following question: Dwayne Johnson began his career as a WWF wrestler. Which of the following is one of his signature "finishing moves"?
a) On the Rocks
b) Bam Bam and Pebbles
c) The People’s Elbow
d) Citizen Smackdown

Email your answer to contests@cinemablographer.com with the subject “Snitch”. Bonus entries go to anyone who RTs this contest on Twitter or shares it on Facebook!