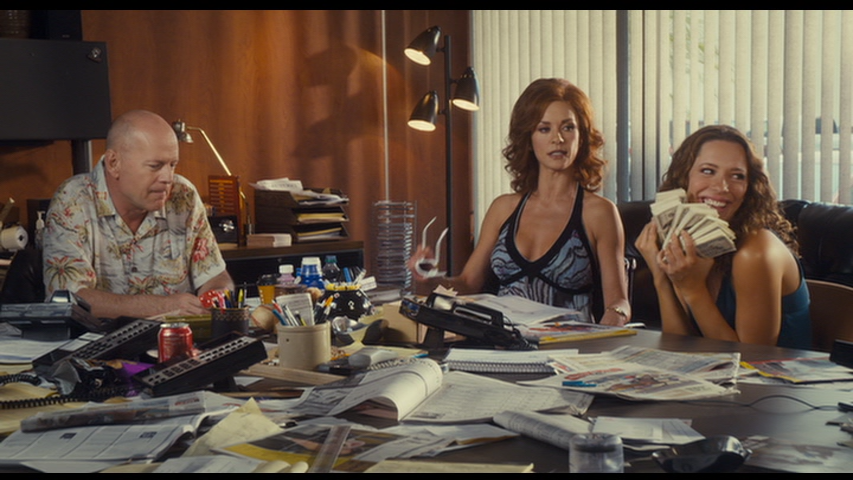 I know now why some people defend Showgirls. I watched the notorious 1995 bomb for the first time last weekend. (It was selected by a friend for a group get-together.) Showgirls, the ultimate in so-bad-it’s-good king of turkeydom, shows how a terrible movie can actually make for a great film experience. As friends get together, have a little wine, and become a communal peanut gallery, the folly of Showgirls becomes extremely entertaining, if only for how unfathomably bad it is. Lay the Favorite, on the other hand, does not improve with wine. It, too, is a failure on all fronts, but not in the fun way. It’s the worst kind of bad movie: boring and forgettable.

Lay the Favorite is just as bad as Showgirls is, but it will never go down as a cult classic. Interestingly enough, both films prompted the same discussion. The final result of each film is by all regards terrible, yet both Lay the Favorite and Showgirls drop bombs in the career paths of some top-level talents.

Showgirls, as the host of the film screening reminded us, came on a string of hot successes for director Paul Verhoeven. Showgirls was fourth in the string of hits comprised of RoboCop, Total Recall, and my favourite of Verhoeven’s, Basic Instinct. Showgirls probably seemed like a great idea when everyone signed on to do it, especially for Saved by the Bell star Elizabeth Berkley; however, I would give anything to go back in time and be in the screening room when Verhoeven et al realized that they had made one god-awful film.

Lay the Favorite, on the other hand, marks a low-point in a saggy dip in the filmography of Stephen Frears. Frears, who made great, Oscar-nominated films like Dangerous Liaisons, The Grifters, and The Queen, has hit a rough patch lately with the okay Cheri and the less-than-okay Tamara Drewe. He’s still a credible name (everyone makes a dud now and then), so it’s easy to see why so many talented stars were attracted to this project. Moreover, Lay the Favorite marks a reunion between Frears and screenwriter D.V. DeVincentis, who collaborated last on the 2000 comedy High Fidelity. It’s one of Frears best films.

There’s no excuse, though, for the shoddy insufferable flatness of Lay the Favorite. It’s an overlong bore at 94 dull, tedious minutes. Everything in the film drops dead. 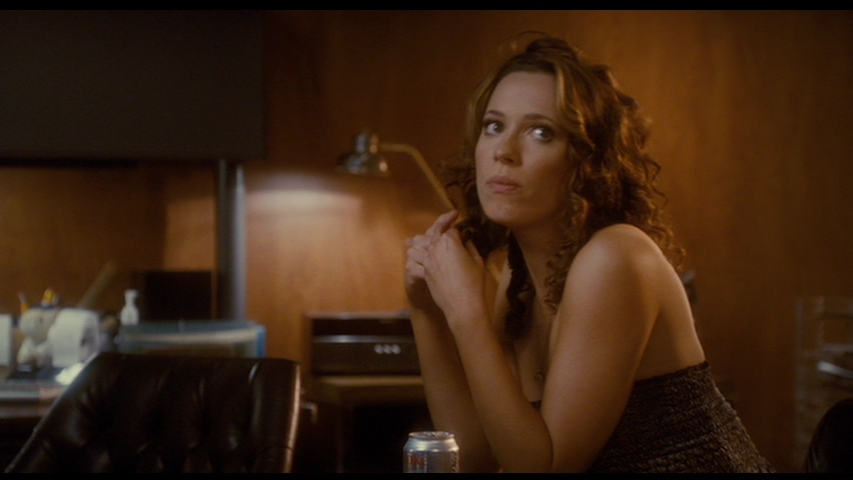 Lay the Favorite goes awry mostly to the unfortunately—and surprisingly—bad performance by its lead Rebecca Hall. Hall, who has impressed me consistently since her breakthrough in The Prestige, falls disappointingly flat after her run of strong performances in films such as The Town, Vicky Cristina Barcelona, Frost/Nixon, and Please Give. Playing real-life inspiration Beth Raymer, who wrote the memoir on which Lay the Favorite is based, Hall shows none of the dramatic range or depth of character that made me take note of her skills in supporting parts. It seems like she’s channelling the ghost of Jennifer Tilly’s nasally bimbo from Bullets Over Broadway, but she choked on a wasp while miming Olive’s fatally annoying laugh.

When Beth quits her job as a private dancer (I thought she was a hooker), she moves to Vegas (Showgirls again) and gets a job at a gambling racket called Dink, Inc. At Dink, Inc., her boss and colleagues all make note of her impressive skills. "Dink, Inc." proves an ominous omen in Lay the Favorite.

Bruce Willis plays Dink and, like Hall, all hope of the film being redeemed by a good entertainer vanishes the minute he opens his mouth. Ditto an appearance by funnyman Vince Vaughan, romantic interest Joshua Jackson, or sultry Catherine Zeta-Jones (another member of the High Fidelity reunion). Everyone in this film should fire his or her agent.

How so many talented people were drawn to this project is inconceivable. The disappointment of seeing all this skill, both in front of and behind it, is especially vexing when the result is something as poorly shot as this is. Nobody can bring Lay the Favorite to life.

If paychecks were the ultimate draw to Lay the Favorite—I suspect they were the only one—then this direct-to-DVD dud fulfills the bit of foreshadowing that makes Showgirls such a delightful misfire. As the dirty man in the casino tells Nomi, “Sooner or later, you’re going to have to sell it.” Lay the Favorite inadvertently realizes Showgirls’ prophecy that we are all whores.

Lay the Favorite is currently available on home video.