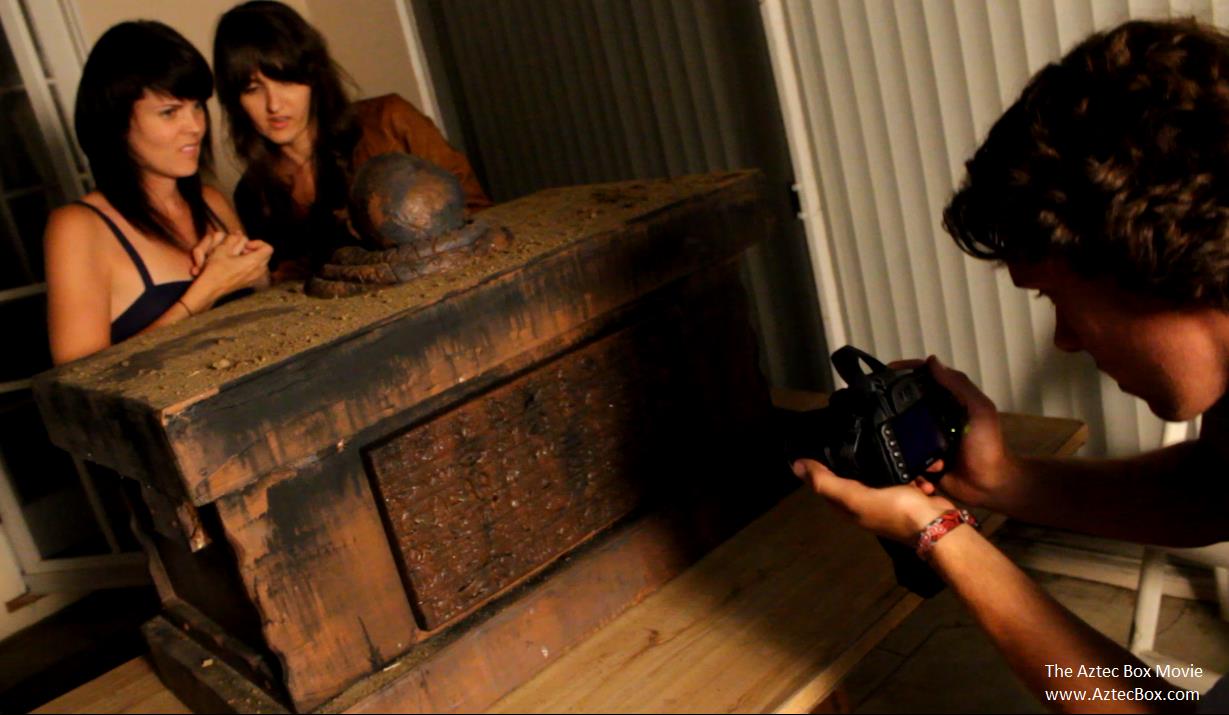 The police of Riverside, California, received reports of a strange incident on the night of June 16th, 2012. The calls led them to a bizarre crime scene at a small suburban home. Several bodies remained in what appeared to be evidence of a satanic ritual. The house, which was leased by four college students, was rigged with close circuit cameras and contained an archive of over 600 hours of video footage. The Riverside PD have condensed the home video and CCTV footage and released it to the public in hopes that it will offer clues to fresh eyes.


The footage begins with a shot from a handheld camera. Nick (Nick Uzarski) jokes with his friend, Darren (Hans Henke), as he films their walk to a class on South American history. Their professor (Ted Ferguson) offers a lecture on the idiosyncrasies of Aztec culture. The dead were gatekeepers of the ruins, Professor Clark explains with an appropriate sense of things to come.

The haunted ruin turns out to be the same house shown in the news footage that opens the film. (Where else does death wait but in the suburbs?) The house, which the friends take on as a new lease, seems too good to be true with its big pool, cosy furnishings, and cheap rent. There’s only one catch to the house: the owner prohibits any touching of the fruit in the garden.

Darren’s girlfriend, Liz (Suziey Block), decides to play bad and sneak a lemon from the trees to garnish the friends’ poolside drinks with some forbidden fruit. Prompted by Liz’s fruit hunting, the friends plant a lemon tree. Whilst planting, Nick and Darren uncover a strange box buried in the backyard. It’s a mythic looking box, etched with hieroglyphs and adorned with a skull. 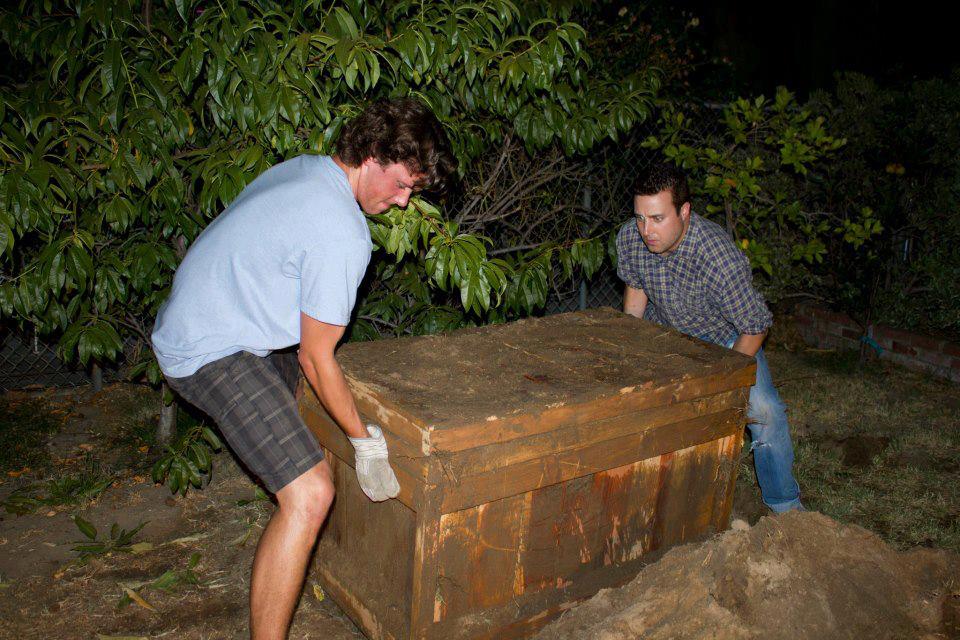 In the vein of Paranormal Activity, The Aztec Box reveals the found footage of a strange event. Things go bump in the night before the friends dig up the Aztec box, but its removal from the ground brings more strange noises, disruptions, and eerie events to the quiet neighborhood. There’s a tad of timely mythology to the box’s appearance, too, since Professor Clark explains that the markings on the box note it as an altar for sacrificial offerings. The box champions the spirit of Chalmecatl, an Aztec god of the underworld, who might not be the best guest to invite into one’s house circa 2012. It’s the end of the world for some of the friends as the spirit of the deity haunts the house and claims their lives.

The found footage ruse works to the good fortune of the investigators, since Nick and Darren are were film students. They rigged the house with cameras as part of an assignment for their television class, which asked them to make a reality TV show by filming their daily lives. Much of the footage is like an episode of Big Brother: nothing really happens as they friends sit, talk, and have the occasional squabble. The girls lie in bikinis by the pool; the boys drink beer and goof off. Likewise, the restricted view of the mounted cameras keeps most of the strange incidents outside the frame. We hear noises or watch the friends talk about what happened, but the found footage shows little. How this all helps the investigation is unclear, but the police presumably have a motive for including such slow footage in their search for an explanation.

Others incidents in the archive make less sense. Why don’t the students just sell the box if it’s rare and priceless? Why does Nick leave for class at 11 pm on the night of the fateful crime? Why would investigators release such footage to the public? 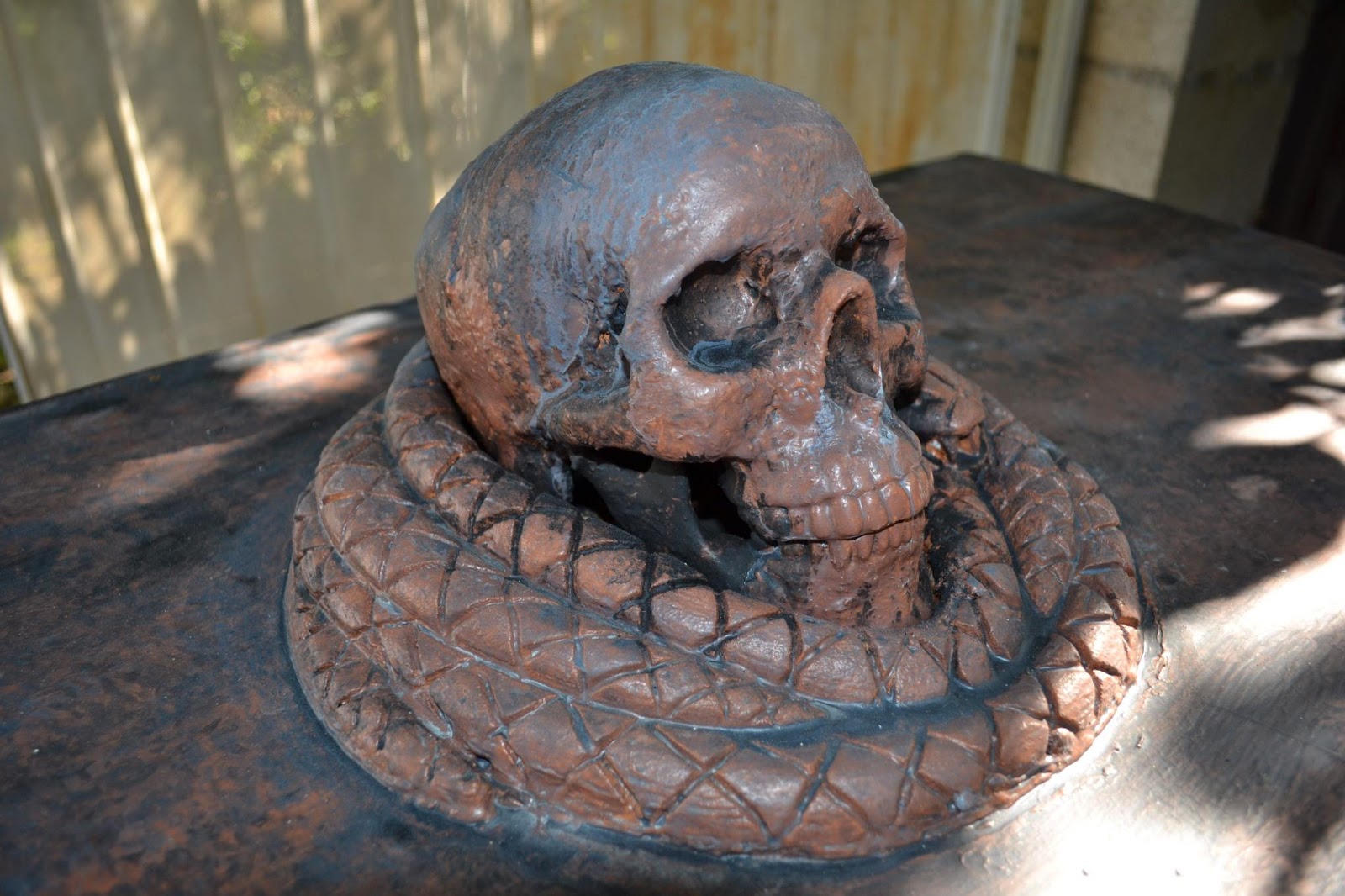 The strange circumstances of The Aztec Box should appeal to indie horror. If you got a chill by watching the recordings in Paranormal Activity, the eerie mysticism of The Aztec Box is worth exploring. The Aztec Box might even be more at home in the screening rooms of fans of the leader of contemporary found footage horror flicks, The Blair Witch Project. Like Blair Witch, the footage from the evidence file of The Aztec Box looks more at the victims and tries to let the viewer understand what night have happened. The Aztec Box is a slow study, but this cold case digs up a rare find as it builds character and plot to draw the audience into its climactic crime, rather than pop-out surprises and gory details. Some things are best left sealed in an evidence box.

Writer/director Serge Bronstein and his cast of mostly unknown actors let the form of the filmmaking be our guide. What purpose does the Aztec box hold, besides curiosity and a curse, as the friends make it the inadvertent object of their school project? Like the pointless meanderings of reality television, this box has no real point besides to corrupt and condemn. The irony of Nick and Darren’s assignment is that the friends are worth more dead than they are alive. There’s no point in watching four people lounging around a house, but it’s worth observing them like a voyeuristic fly-on-wall if one knows they’re approaching a grisly death. If only the contestants of Survivor—or, better yet, Dancing with the Stars—could dig up an Aztec box and unleash an evil spirit into the banality of prime-time TV!

For more information on The Aztec Box, or to help solve the case, please visit www.aztecbox.com.