The Girl who Goes All Hollywood 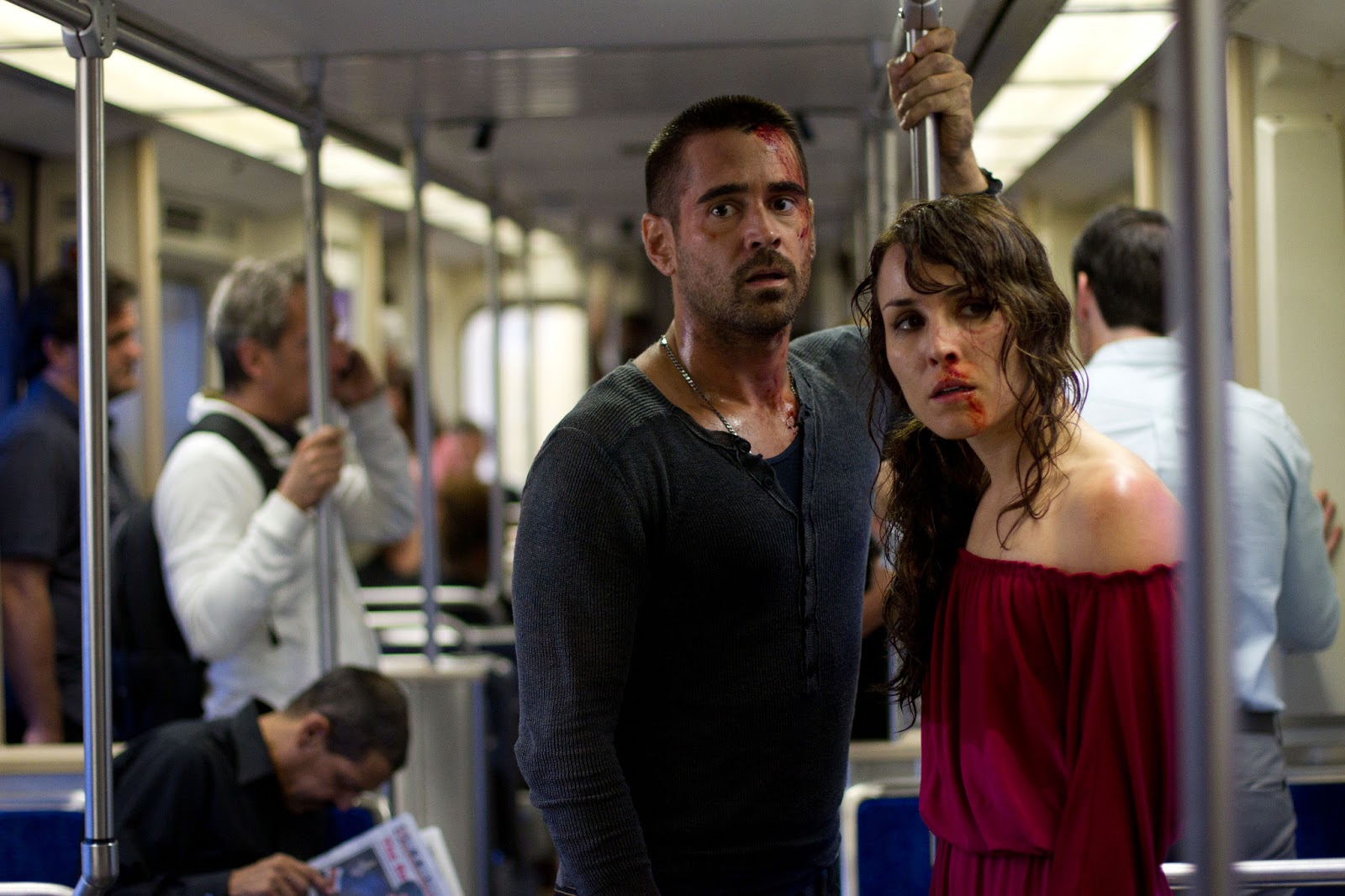 Dead Man Down is a disappointing reunion for the director and star of the Swedish adaptation of The Girl with the Dragon Tattoo. Noomi Rapace holds up nicely, as does Niels Arden Oplev’s steely cold style, but this revenge thriller lacks Tattoo’s spark. Like Tattoo, Dead Man Down is a stylish, character-driven actioner, but it’s more on par with The Girl who Played with Fire if one seeks a Swedish equivalent.


The director and star make a mostly comfortable reteaming on the other side of the ocean. Pitting Rapace in the busy anonymous streets of New York, Dead Man Down provides the actress with another damaged character with a violent mean streak. Rapace’s Beatrice is as crafty as Lisbeth Salander is, but without the techno-hardware and the punk rock threads.

Beatrice traps herself in a complicated moral web when she flirts with her neighbour, Victor (Colin Farrell) and lands a date. On the drive home from dinner, Beatrice makes Victor a strange proposal: she wants him to kill a man. The target, Beatrice explains, is a man with whom she was in a car accident. He was blind drunk and served three weeks, yet she, the victim, was severely injured and left horribly disfigured.

Beatrice, a beautician, can’t look herself in the mirror without a reminder of the trauma. It’s hard for her to move on, since she feels that a disfigured woman has no place offering beauty advice to others. It also hurts too much to smile, she says, and the neighbouring kids call her “monster” whenever she crosses the square. The clincher for Beatrice’s proposal, which offers a hint of Lisbeth’s cunning, is a video she recorded that captures Victor in the midst of a murder. It’s a Rear Window-like scenario for Victor, except that his Jimmy Stewart is holding him ransom instead of phoning the cops.

Victor’s an odd sort to be in the business of killing people. He’s almost the closest that Farrell has come to playing a wholesome character: Victor says ‘please’ and ‘thank you’; he even returns Beatrice’s Tupperware after enjoying some home cooking. A father, Victor understands the connection between life and loss far more than Beatrice does in her tortuous revenge fantasy. Victor, meanwhile, has a payback plan of his own, and his increasing intimacy with Beatrice and her mother (Isabelle Huppert) is putting him in an awkward position for pulling the trigger.

Dead Man Down weaves between the two vendettas as Beatrice and Victor negotiate their moral demons and the sinful bond that holds them together. The screenplays by J.H. Wyman takes its time in developing the characters and in crafting (mostly) plausible scenarios that bring them together without creating a superfluous romantic subplot. Oplev complements the screenplay’s pace by shooting the thriller in a slow, glacial style. Dead Man Down looks as cold as steel, greatly in part because its heroine rarely cracks a smile.

Rapace turns in another strong performance and continues her streak of notable action turns after Tattoo and last summer’s Prometheus. Farrell, meanwhile, provides a substantial anti-hero to match Rapace’s hardened heroine. Terrence Howard also delivers a strong supporting turn as Victor’s employer and target for revenge. Dead Man Down, for the most part, is a smart star vehicle.

The film unfortunately flies off the rails and self-implodes in a ridiculous and lazy final act that brings all the characters together in a climactic shoot-out. Dead Man Down wraps up far too conveniently—and generically—to appreciate fully the moral drama that’s unfolded in the first two acts. The film builds with unconventional substance—it also features the occasional subtitle to give it an added European feel—but it then surrenders to a disappointing Hollywood ending that unleashes all the bombs, bullets, and car chases one expects after seeing the trailer.

Dead Man Down might not live up to its full potential, but the film hardly deserves to be in the crosshairs of critical scorn or the victim of box-office poison. It’s an admirable risk-taker that doesn’t entirely succeed. Filmgoers who are tired of seeing the same old “wham, bam, thank you ma’am” action movies geared for the 13-18 demographic might find a lot to admire in this Tattoo reunion, so long as they escape before Dead Man raises its guns and backfires.

Dead Man Down is currently playing in wide release.