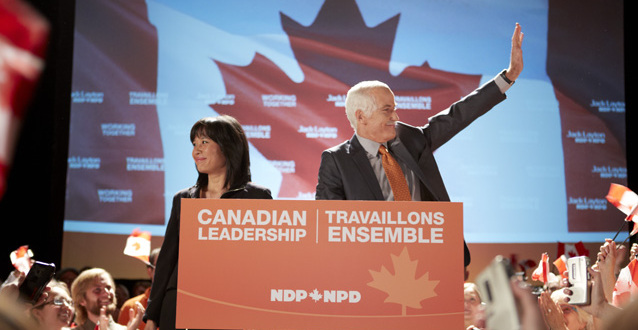 Who can forget the 2011 Federal Election? It was my first—and probably only—contract as a poll clerk. (I was actually promoted to DRO during the election since my superior left the poll to go to the bathroom and she never came back.) Upon counting the ballots, I noticed a surprising tally in the Conservative stronghold of Nepean-Carleton. Although the blue team won by a landslide, some ballots revealed an unexpected number of Left-leaning individuals in the suburban Right-wing sinkhole of Bells Corners. The NDP trounced the Liberals at my poll, but I assumed that the upset was mostly due to a weak candidate for the Grits.


Returning home that night—in a frenzy to shuttle off to Hot Docs the next day—I heard on the radio that my poll was an accurate projection of the national pulse. Herr Harper held his Prime Ministerial duties, but the NDP had toppled the Liberals. For the first time in history, the party was the Opposition. Jack Layton was the leader of the NDP then and he brought the party to its greatest national standing of all time.

It’s not too soon to bring to the screen Layton’s historic victory and his tragic loss to a battle with cancer that came shortly thereafter. While I never voted for the NDP during Layton’s lifetime, it’s impossible to deny how well Jack captures the spirit and optimism of his final campaign. Jack, a made-for-TV movie that aired last night on the CBC, portrays a political figure in a true-to-life rendering that shares his philosophy, yet doesn’t feel the least bit propagandistic.

The story of the 2011 election is a fitting snapshot for a biopic that runs just short of ninety minutes since that night brought a definitive victory both for Layton and for his party. Layton (played by Rick Roberts, in an impressive make-up transformation) gave the kind of campaign that comes once in a lifetime, as the amicable Toronto MP hit the campaign trail shortly after leaving a stay hospital for hip surgery and while battling cancer. Jack crosscuts Layton’s final campaign with scenes that reveal how the politician developed his progressive politics and his infectious social consciousness. Central to Jack’s success was his relationship with Olivia Chow (played by a dead-on Sook-Yin Lee) and the flashback scenes weave Jack’s progressive rise to power with the evolution of his marriage to Chow. 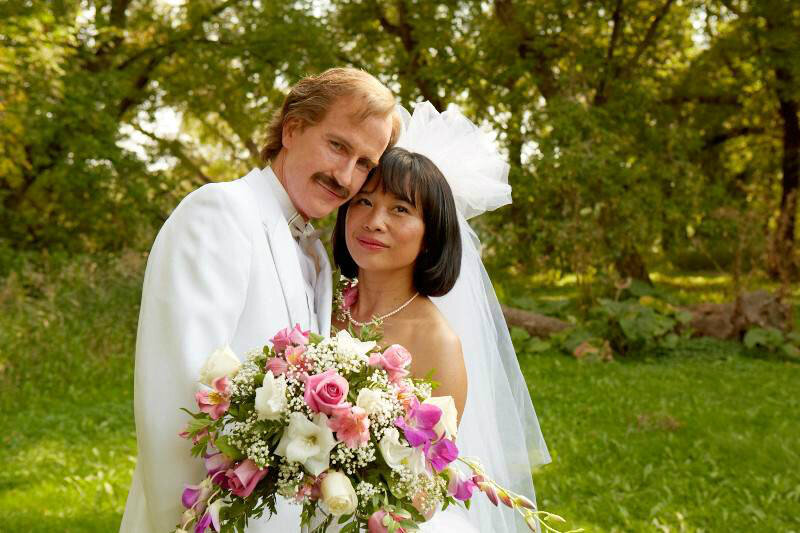 The early years of Layton’s life pass by with rapid speed, yet they highlight his fight for social reform as a Toronto councillor and, more importantly, portray him to be a forward-thinking leader. Jack shows how the politician pioneered AIDS activism and worked with Toronto’s gay community to create awareness for the disease and make it an important municipal issue. Likewise, the film reveals Layton and Chow’s concern for homelessness in Toronto. Most of all, though, the flashbacks in Jack build an indefatigable spirit and an appreciation for the plights of the working class as Layton’s central backstory.

The scenes of Layton’s final campaign reveal a political shrewdness. Part ambition, part passion, the Layton campaign strategizes how best to strengthen the party and overthrow the current opposition at the same time. The film details the NDP’s crucial victory in Quebec, and shows how the party tapped into a certain malaise that was overlooked by the Tories and the Grits who were concerned with a majority win alone.

The film, surprisingly, makes no mention of the political mania to the South. Perhaps it’s the CBC’s reluctance to admit that Canada is largely defined by its neighbour (as Cards Against Humanity says, we’re America’s Hat), but the Obamamania that preceded the 2011 election seemed to have played a pivotal role in sweeping many Canadians into a wave of political consciousness. The impact of the youth vote, which looked to have had a significant impact on reformist thinking and the NDP-shift, was arguably furthered by a kind of humble symmetry that could be seen between Layton and President Obama as men of the people.

Jack sometimes treads upon beatification of its subject as it culminates in the leader’s final victory. The film might play as a greatest-hits collection of Layton’s biography, but the man with the mustache was admittedly one of the few contemporary politicians about whom one never heard a bad word. Jack’s saintliness—both in life and in film—makes for an inspiring tale nevertheless. Jack, for all its down-to-earth characterization of its subject, essentially reveals that little effort was needed to humanize a man who spent so much time in the spotlight.

Roberts’ portrayal of Jack Layton does the late politician justice. With the proper animation to his orations and a sense of Layton’s laid-back persona, Roberts makes Jack Layton both a smart and simple man. Jack evokes the character in Layton that made him such a successful figure for a struggling party and, in a way, a hero for Canadian underdogs. As Layton was well-matched with Chow, Roberts enjoys a strong collaborator in Sook-Yin Lee, who really steals the show in a heartfelt, yet smartly downplayed performance as Layton’s partner-in-crime. Jack is served well be a party of strong supporters, as actors like Wendy Crewson, Zachary Bennett, Joel S. Keller, Diana Ha, and Erin Karpluk add the right bit of spark and energy to this movie of the week.

It might not be in the same league as, say, HBO’s Game Change when it comes to recent dramatizations of contemporary politics, but Jack is a patriotic tribute to a national hero, and it’s well at home on the public frequency of the CBC. If Game Change gave Julianne Moore the kind of opportunity to craft a leader of Shakespearean power lust, Jack provides an honest, politically sound look at a great leader from the Left. Jack is ultimately an uplifting and appropriately feel-good remembrance of a Canadian hero. It ensures that Layton’s message lives on and it provides a welcome note of optimism to Canadian airwaves.

Jack screened on the CBC Sunday, March 10.
It can be streamed online for free from the CBC.