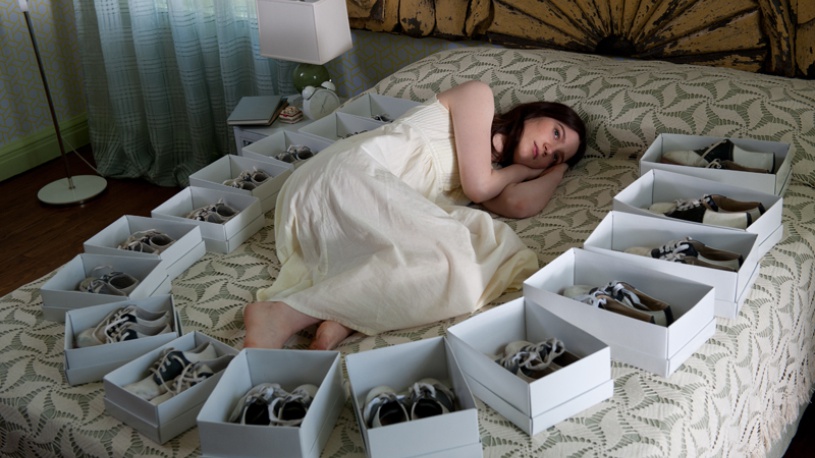 Chan-wook Park spins an elaborate spider web with Stoker. A spider web is a strange, spindly thing. It can be ugly, repulsive even, if it’s found in the wrong place. (Your tooth brush, maybe.) Spider webs, however, can be beautiful if one sees them in the proper place and if the light catches them just right. (Especially if there’s a few water droplets to give the web some style.) Stoker, strangely, finds both the ugliness and the beauty of the spider web, as the lines of the script leave numerous gaps, which the director fortunately fills in with pizzazz. Stoker shows what an extremely talented director can do with an intriguing, but sloppy script.

Penned by Prison Break star Wentworth Miller, Stoker displays ample promise for the actor to enjoy a second career as a writer. Miller, who distributed the script under the pen name Ted Foulke, creates a sinful soap opera as India Stoker (Mia Wasikowska, Lawless) loses her father (Dermot Mulroney) on her eighteenth birthday. Papa Stoker’s demise is overshadowed by the return of his mysterious younger brother Charlie (Matthew Goode), who strikes up a lewd relationship with India’s mother, Evie (Nicole Kidman). Evie is a fantastically terrible mother—shallow, self-absorbed, superficial—unlike India, who has a keen sense for human intuition, which is accentuated by her unusually heightened hearing. Why India has such a magical power is one of Stoker’s many mysterious. Her supernatural quality shoots plot holes throughout this tawdry, incestuous romp, thus making Stoker both a clumsy and ridiculously entertaining labyrinth.

Catching the viewer in Stoker’s web, though, is the film’s spellbinding atmosphere. Director Chan-wook Park, making his English-language debut after his South-Korean sensations Oldboy and Sympathy for Lady Vengeance, fills Stoker’s plot holes with all sorts of aesthetic craziness. Stoker unloads a gaggle of literary and cinematic references, alluding to Shadow of a Doubt one moment and Carrie the next. The atmosphere is very Macbeth-ish, or maybe it’s a perverted whiff of King Lear, and Stoker muddles its footnotes in sensual madness. Sorta Hitchcockian, sorta Shakespearean, sorta horrifying, sorta Gothic, Stoker is an operatic potpourri of cinematic style.

The camerawork by Chung-hoon Chung distorts India’s world in gloriously gratuitous twirls and whirls. Bathing the composition in warm colours one moment and spooky shadows the next, Stoker avoids any easy route for deciphering its madness. Is this a fairy-tale or a nightmare?

The performances themselves are equally, yet successfully, all over the map. Wasikowska provides another enchanting young heroine, even though (or because) it’s impossible to read whether India is falling into the rabbit hole or whether she is pushing her family members in. Matthew Goode, on the other hand, is charming to a fault, as he makes Uncle Charlie a suave sociopath/ playboy or operator type in his attempt to seduce and initiate India into the family secret. Nicole Kidman, meanwhile, plays villain and victim both in her impressively cold turn as Evie. Kidman’s performance, much as it did in The Paperboy, proves instrumental in decoding the Stoker family mystery. 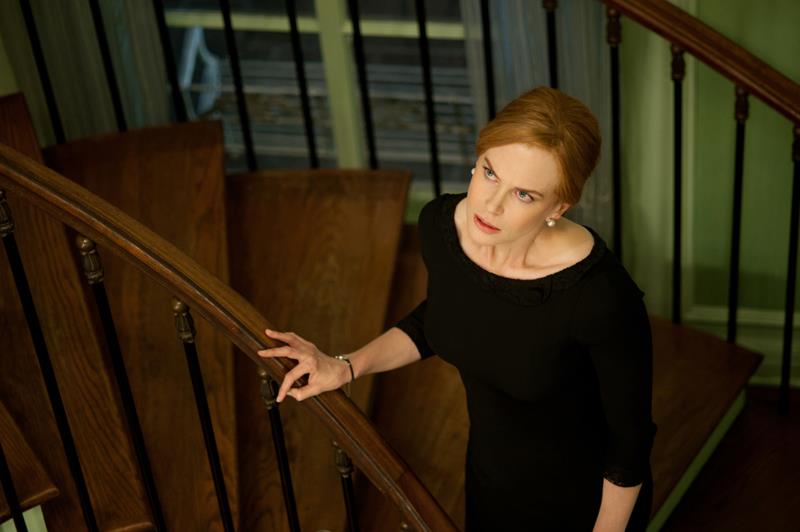 Evie seems like a woman wholly incapable of love. It’s strange, though, that the first introduction to Mrs. Stoker lets Kidman enjoy a histrionic geyser of tears and fan-waving as Evie puts on a show for the attendants of her husband’s funeral. Back at the family home—a grand, Southern estate—Evie immediately takes a shine to Charlie and flirts with indecent abandon. Her husband is dead and she can move on.

Evie eventually becomes a tragic figure—and this is where the Shakespearean element comes into play—when Charlie infects her daughter with a taste for blood and, like Lady Macbeth, Evie can’t wash her hands of the situation. The film culminates in climatic feat of scene-chewing for Kidman that sees Evie renounce her daughter in a cold, angry disavowal. The unrepentant hate in Evie’s icy stare is palpable. Some mothers eat their young.

Some spiders, however, eat their partners after sex. It’s usually the females. Perhaps Evie’s fury at her daughter relates not to India’s aloofness, but to a jealous rivalry for Charlie’s affection.

Stoker pairs India’s bloodlust with her own sexual ripening. The death of her father on the date she enters adulthood cannot be unrelated to the smoldering sensation she gets from her uncle’s creepy stare. Like Carrie, India is blossoming into a monster.

Why India Stoker is an innate killing machine remains a mystery. It’s one of the many plot holes in Stoker that both baffles and adds to the experience. Unravelling Stoker’s web is its greatest pleasure—especially when you get tangled up in it and watch as it comes in for the kill.

Stoker is currently playing in Toronto.
It opens in Ottawa the Empire World Exchange on March 22.