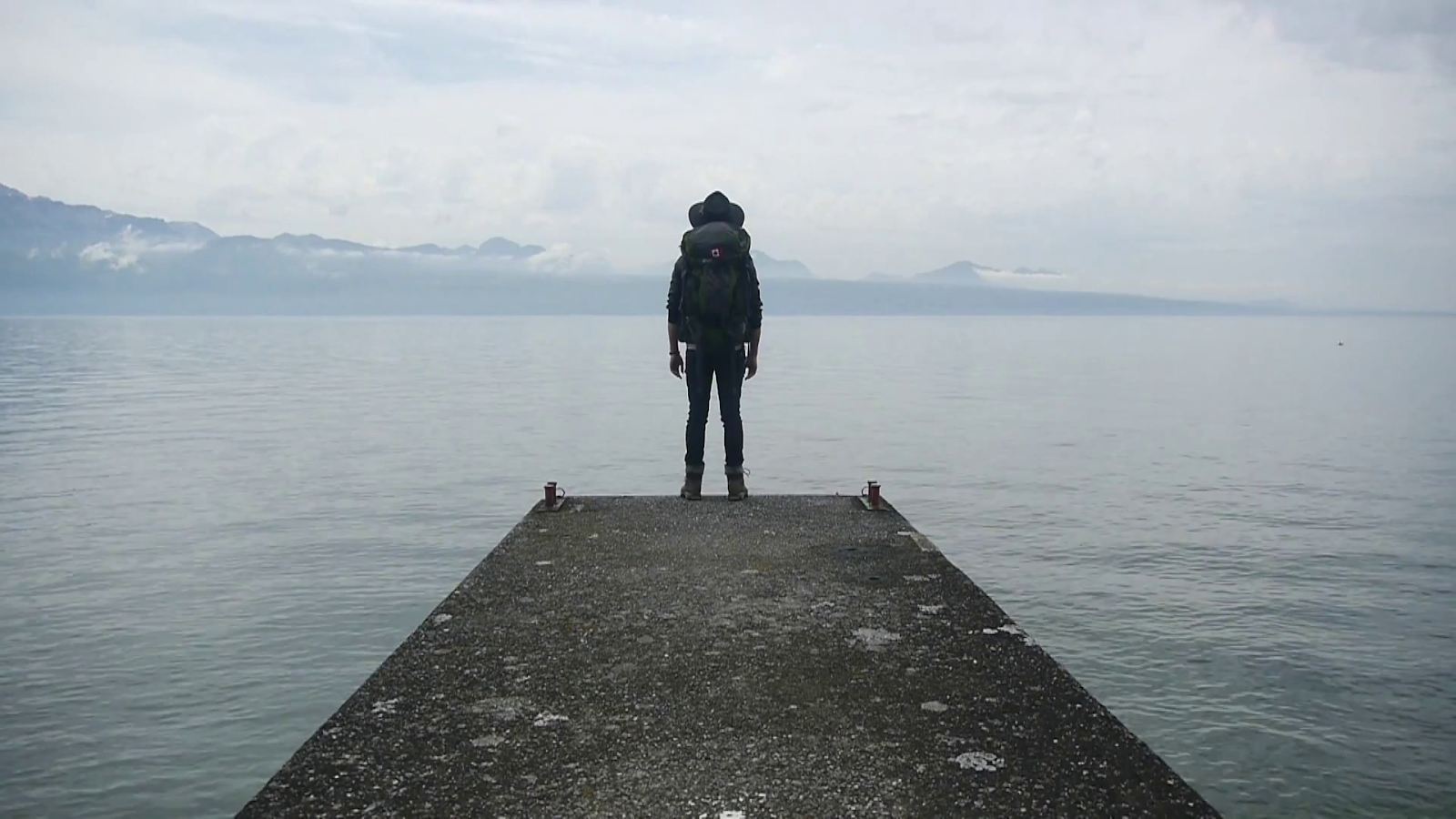 Albert Einstein’s theory of relativity features a bunch of complex concepts that an artistically minded person like myself will never fully comprehend. The gist of it, I gather, is that people perceive things differently based on the frame of reference from which they are observing. Time can be experienced differently for two people, depending on what they’re looking at and how they’re looking at it. Regardless of my convoluted grasp of Dr. Einstein, his theory of relativity offers a stirring theoretical footnote to Wanderweg, Neeko Paluzzi’s beautiful self-portrait on how we observe our place in the world.


Paluzzi, a Master’s student at the University of Ottawa, conceived Wanderweg as a component to his thesis work. Neeko’s mission is to put himself as the subject of an intimate travelogue as he returns to a place that defined him prior to his studies. Neeko had lived in Switzerland for a year beginning in the summer of 2006. Fresh out of high school, the trip to Europe afforded all kinds of self-discovery, which included catching a bug for travel and filmmaking. Neeko explains that his year in Switzerland concluded with a trip to one of his favourite places: a small mountain town named Wengen. In Wengen, Neeko wrote a letter to his future self, musing on his experience in Switzerland and asking questions to be answered down the road.

Wanderweg, as Neeko explains, offers a chance to re-observe his time in Switzerland from a fresh perspective. He will return to Wengen and read the letter that awaits him. To make the return journey an even greater immersive experience in Switzerland, Neeko explains that he will wander the Swiss countryside, taking in the country in its entirety until he comes full circle with the endpoint of his last trip. This self-guided tour would allow him to relive notable experiences and to do a little soul-searching before he answered the questions that waited in the sealed letter in Wengen.

The trip commences with a shaky start. This journey is hardly the brisk jaunt that Emilio Estevez took along El camino de Santiago in The Way. Neeko collapses from exhaustion within the first hours of his trek. Drained and exhausted, Neeko takes a train to a nearby village and visits the family that hosted him five years before. The unexpectedly quick detour on Wanderweg leaves Neeko in a moment of understandable embarrassment, as the finish line seems even further than it was at the start. However, Neeko’s road-bump takes Wanderweg far beyond the familiar travelogue it could have been had he merely crossed the postcard-perfect Swiss countryside as he initially planned to do.

Wanderweg is a much better film for Neeko’s episode of paralysis and self-doubt, as it allows for lengthy passages of introspection. It’s during this early segment that Neeko takes a few days to freshen up and visit the Einstein Museum in Bern. As Neeko films himself trolling the displays like a flâneur, he stumbles upon a video that explains the aforementioned theory of relativity. Einstein’s notes, for which the wanderer seems to have a special affinity, stress the importance of standing still to see the full picture. The trip to this museum frames the journey within a new, perhaps greater, context. Walking a straightforward path might not have afforded as panoramic a view as this stopover in Bern does.

Neeko’s re-vamped travel itinerary reveals that there’s two ways to travel through life: one can check off as many destinations as possible, amassing visas on a passport like stamps on a coffee-card, or one can take an approach of “less is more” and immerse oneself in one place in order to have the complete experience. It’s like having a taste test versus enjoying a full meal. The unexpected interlude in Bern teaches us that no treks through life follow a direct path or chart the course as planned. Wanderweg instead shows the value in using unexpected perspectives to (re)frame our perspectives of ourselves. Life’s unforeseen detours should not be seen as side steps, but as necessary pit stops for self-improvement.

Intimate and revealing, Wanderweg is an insightful and beautifully composed first feature. It’s far more enlightening and useful than anything I produced in my written thesis, so future academics should note the value of making arguments through shared experiences, rather than through scholarly jargon. The film is an intelligent essay nevertheless—it’s a thesis, after all—thanks to Neeko’s inclusion of Einstein’s point on observing, which adds a surprising theoretical foundation to this visual odyssey.

Non-academics should appreciate the film just as easily, since Neeko is a personable tour guide and a skilled photographer. Although Neeko’s messages are sometimes muffled by the sound, the crafting of the film is impressive for a one-man shoot. An uplifting soundtrack by the Evening Hymns buoys the DIY filmmaking and offers a fine accompaniment to Neeko’s narration. Wanderweg is fun and accessible despite its languid, experimental style. The style itself complements Einstein’s theory on experiential differences, as Wanderweg frequently calls attention to the passage of time through self-portraits on pendulum clocks and observational long takes. This idiosyncratic memoir could easily inspire fellow travellers and film buffs at festivals, galleries, or wherever soul-searching wanderers are found.

Wanderweg screened in Ottawa at The Mayfair on March 7, 2013.
For more info on the film, please visit www.wanderingthrough.ca