Win Tickets to 'Dead Man Down' in Ottawa! (Contest Closed) 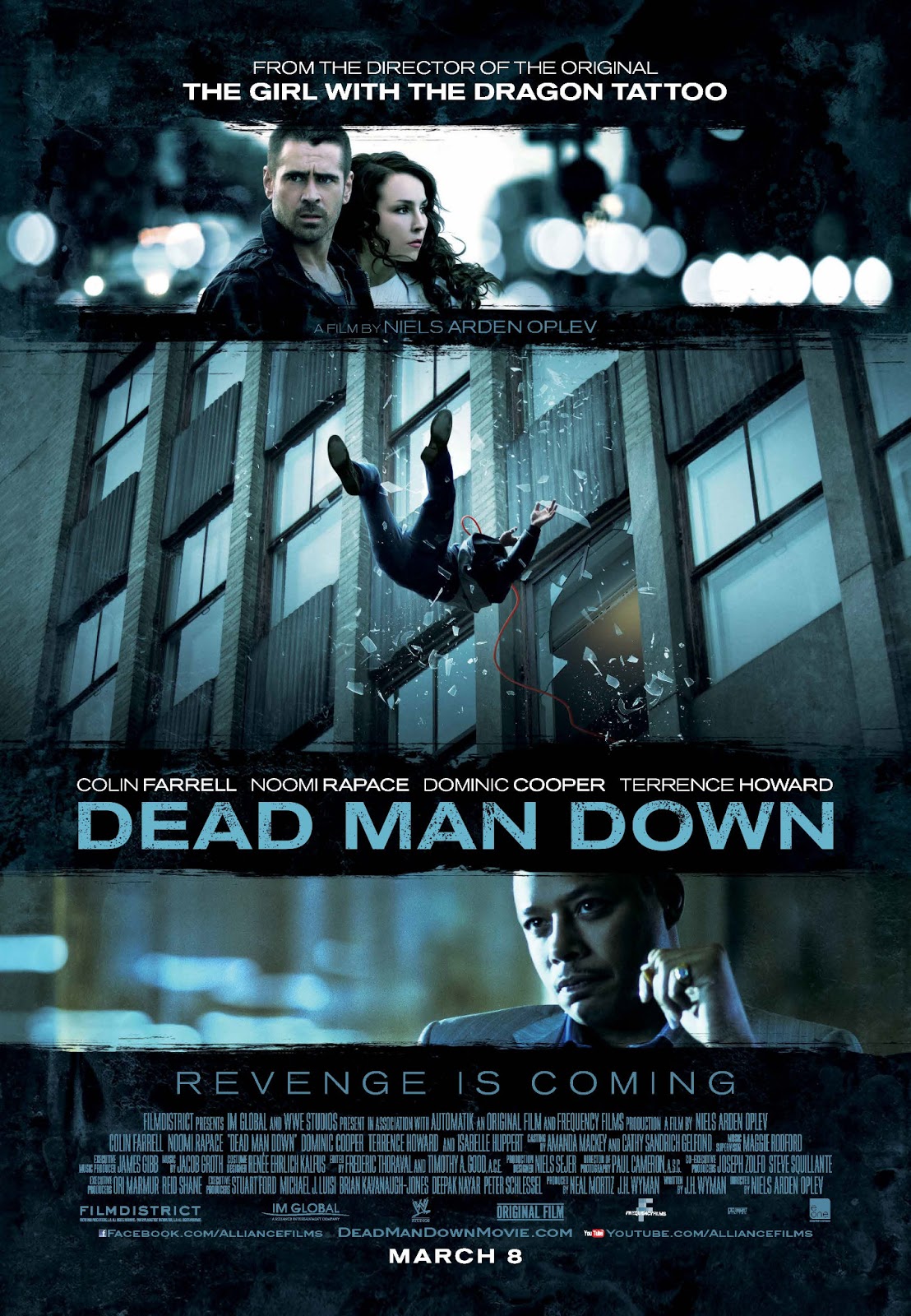 Any fans of the Millennium trilogy out there? If yes, you’ll want to see the upcoming thriller Dead Man Down. Following the cinematic phenomenon The Girl With the Dragon Tattoo, acclaimed filmmaker Niels Arden Oplev and brooding beauty Noomi Rapace reunite for another thrilling tale of vengeance. Colin Farrell (Seven Psychopaths) joins the prestigious team as brave enforcer Victor, right hand man to an underground crime lord in New York City. He seeks to avenge the death of his wife and daughter caused by his boss. When his employer is threatened by a mysterious killer, Victor also becomes detective. Victor is seduced and blackmailed by Beatrice (Rapace), a victim turned avenger whose intense chemistry leads them spiraling into payback delivered in violent catharsis. From producer Neal Moritz (The Fast and the Furious franchise, I Am Legend) and Joel Wyman (Fringe, Keen Eddie) comes a powerful portrait of the relationship between two people caught in the crosshairs of revenge.

Thanks to our friends at eOne Films, Cinemablographer has ten (10) double passes to give away to the Ottawa sneak peek of Dead Man Down. All you have to do to enter is answer the following question: The original Girl with the Dragon Tattoo sees hacker Lisbeth Salander join journalist Mikael Blomkvist to investigate the mysterious disappearance of:

Email your answer to contests@cinemablographer.com with the subject Dead Man Down. Bonus entries go to anyone who likes/shares this contest on Facebook, RTs it on Twitter, or repins it on Pinterest. Contest closes Wednesday, March 6 at noon. Screening takes place Thursday, March 7 at the Cineplex Coliseum at 7:00 pm.