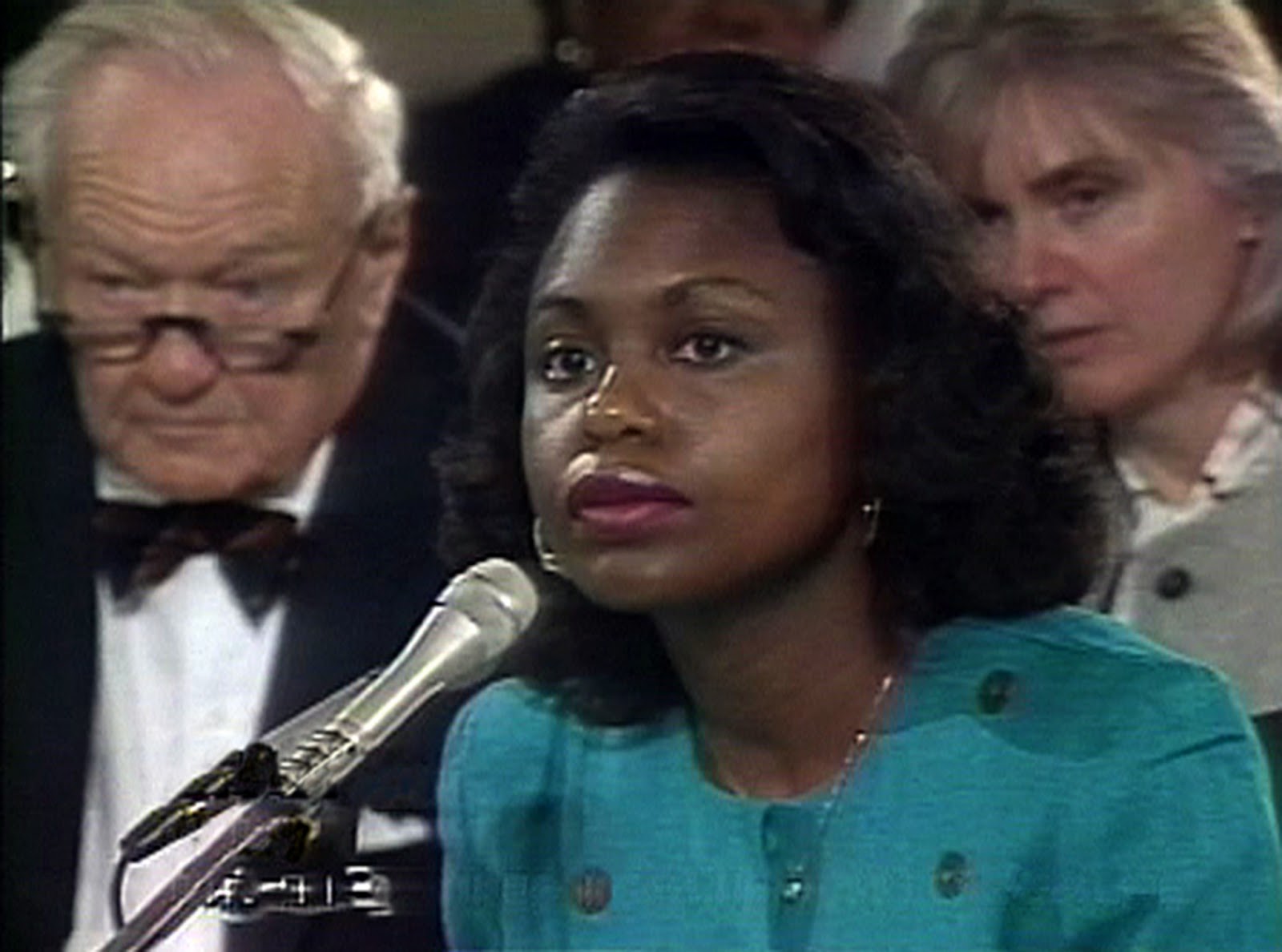 This year Hot Docs celebrates a select group of courageous individuals who changed history. The Scotiabank Big Ideas Series invites some of these inspiring individuals to come and share their stories with the audiences at the festival. One of these heroes is Anita Hill, a composed law professor from Oklahoma who fought a battle she didn’t choose when she became the centre of a sensational hearing on sexual harassment in 1991. Hill’s story brought necessary attention to the polarizing gaps in racial and gender equality in America. More importantly, though, Hill became a figurehead for the need to speak the truth in the face of adversity.

Academy Award winning director Freida Mock (Maya Lin: A Strong Clear Vision) invites Anita Hill to look back upon her life-changing experience. It’s been over twenty years since Hill ushered in a landmark shift in American consciousness, but tension and blame still finds its way to her door. The film opens with Hill walking proudly to her office at Brandeis University. As she makes her way through the campus, a message appears on the audio track. It’s from Ginni Thomas, the wife of Clarence Thomas, the man against whom Hill testified allegations of sexual harassment when he was considered for—and eventually appointed to—a position with the Supreme Court. Mrs. Thomas’s message asks Anita to apologize for “what she did” to Clarence Thomas, thus suggesting that Anita is the guilty party in the matter. Hill explains to the camera that the message prompts a need to say more on her story. The early scene is merely one episode of an ongoing saga of Anita Hill refusing to play the victim.

Hill found herself in an appalling situation when she answered a subpoena and testified that her previous employer, Clarence Thomas, made frequent provocations of a sexual nature when she worked under his command at the Equal Employment Opportunity Commission. The conduct Hill alleges against Hill is unbecoming of any employer, let alone one who could be in a position of extreme power that requires impartiality and sensitivity. Hill, an African-American, found herself the target of further humiliation when the all-white all-male Senate Judiciary committee used the hearing to interrogate Hill’s character rather than Thomas’s.

Mock offers crucial footage from Hill’s nine hours of testimony/interrogation before the committee. The panel of politicos, which was led by now-Vice President Joe Biden, plays like the epitome of The Old Boys Club. The footage shows a group of men trying to embarrass and intimidate Hill like a team of frat boys going after a co-ed. Spliced together with retrospective readings by Hill, her corroborators, and other witnesses/experts on the case, the footage of the hearing is the penultimate case of blaming the victim. Puritan squeamishness and misguided political correctness change the course of the hearings and ultimately perpetuate the same kind of misogynistic mentality from which Hill’s testimony seeks to safeguard America’s legal system. The complete lack of open-mindedness and sympathy to Hill’s story from the panel reveals an overwhelming lack of sensitivity, as well as the necessity for her perseverance to speak the truth.

We never hear from Thomas during the documentary aside from the dramatic address he delivers during the hearings. Thomas had his chance to speak twenty years ago though, and the archival footage allows him to say more than one wants to hear. Thomas likens the investigation to a public lynching and argues that the case is all a ruse to keep an African American out of higher office. Thomas’s spin on the situation perverts the dynamics of the case, as it shrouds it in a veil of “otherness”, which, as the film suggests, compounded the case against Hill because she was both a women and an African American, and hence, less credible a witness from the perspective of a white male gaze.

Anita offers an unfavourable look at an instance in which justice failed. However, Mock focuses not on the fallout of the hearing, but rather on the positive outcome that arose through the attention brought to Hill’s story. Hill’s success story plays out in the somewhat overdrawn final act of the film that follows her along trips to speak at numerous events. Her story still inspires people twenty years after the event, and it’s easy to see why when Anita offers ample footage of its subject speaking passionately and eloquently on the need to be resolute in one’s battles and always follow the path of truth.

Anita finishes by creating a poignant and resonant biography, but one can’t help but feel that the film’s analysis of the hearings feels abbreviated. The uneven—or perhaps backwards—transition from substantive scrutiny to conventional biography doesn’t allow the study of the hearings to reach its full potential. Much of the implications of Hill’s place in history are also self-evident from the trial footage itself—how could a system be so backwards?—and the subsequent interviews mostly serve to emphasise that Hill’s battle is ongoing. The final arc of Hill’s story nevertheless reveals how she channelled the failure of the legal system into progressive action, and the footage of Hill's public speaking efforts are enough to recommend standing a rush line to see her speak in person at the festival. Anita shows that the endurance of one individual can lead to a collective victory. Hill ultimately inspired a revolution of consciousness and, in turn, won the greater war.