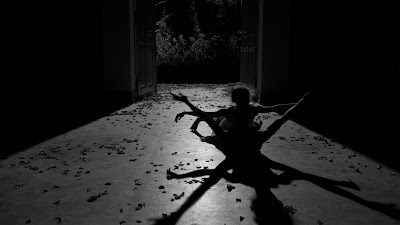 Films two and three of Day 2 of Hot Docs showed the strange magic that film festivals have for allowing us to enjoy a diverse range of experiences in one quick dose. After the youthful funk of Pussy Riot, I hoofed it to the Isabel Bader and joined a sea of blue hair for Ballerina. Hot Docs, which gives free daytime screenings to students and seniors, clearly split the free ticket vote by age for these two screenings. It was quite a change, as Ballerina is far more sedated than Pussy Riot is. Back to back, the films were like pairing Peaches with Measha Brueggergosman.


Ballerina, a Danish mid-length feature by Maja Friis, adapts the biography of 89 year-old Swedish ballerina Elsa Marianne von Rosen. Ballerina shows how von Rosen devoted her life to dance—she wanted to be a ballerina since age nine—and threw herself into a whirlwind of passion for pirouettes and pliés. The film, which lets von Rosen speak in voiceover, then takes a dark turn in its second act as the ballerina talks about how her passion was divided between two loves: ballet and her husband.

The archival and biographical sequences of Ballerina are a bit sluggish—do we really need so many long takes of von Rosen sitting alone in a room?—yet the film comes to life in some evocative dance sequences interspersed throughout the film. Maja Friis shoots the dances, which follow von Rosen’s choreography, in stark black-and-white that accentuates and celebrates the contours of the dancers’ bodies as they become tangled in snare of passion, jealousy, despair and escape. Matched with a haunting score, the ballet sequences of Ballerina capture the passion of von Rosen’s art and her conflicted pas-de-deux between her two loves. Ballerina might suffer in comparison to Wim Wenders’ superior dance doc Pina, and seeing the two makes an excellent case for the success of dance films being captured in 3D, but Ballerina nonetheless comes to life and honours its subject respectfully.


Narco Cultura
(USA, 103 min.)
Dir. Shaul Schwarz
Programme: Special Presentations
Narco Cultura is not for the faint of heart. It's a gritty, almost disheartening look at the Mexican drug culture, aka Narco Cultura. The nation is fighting a war on drugs, but Mexico looks to be losing. There's little stopping the cartels and their power is clear in their influence over culture at large.

Narco Cultura looks at the destruction that the drug trade was wrought on Mexico by zeroing in on the city of Juarez. Juarez, a border town n the other side of the fence from El Paso, Texas, is the epicenter of drug-related violence in Mexico. There have been over 60 000 homicides in Juarez since 2008, and investigators presume that most of them are actions of the drug trade, although 97% of cases fail to see a guilty verdict, let alone a full investigation.

Narco Cultural illuminates the endless rampage of the cartel's bloodshed by following one homicide investigator as he collects evidence from bodies that pile up at an alarming rate. The threat of the cartels is so extreme, he notes, that three of his fellow investigators have been assassinated. The problem is so bad that crime scene investigators wear masks to hide their identities while processing the crime scene.

The power of the drug trade is propelled and perpetuated by the growing influence of cartel culture. Narco cultural seems less like a subculture and more like strong presence. The violence of the drug trade has even spawned a new kind of music, narcocorrido, which sounds like mariachi hip-hop. If American gangsta rap is presumed to be a glorification of violence, drugs, and thug life, then narcocorrido makes rap seem tame. The music sensationalizes and valorizes the same acts that are tearing cities like Juarez apart. The narcocorrido singers, however, have become cultural icons, as do most popular musicians in any culture.

Narco Cultural suggests that the rise in popularity of narcocorrido music hints at a greater cultural failure. Citizens, especially the youth, might accept cartel life as a norm. Likewise, one journalist in the film submits the thesis that the success of narcocorrido implies that Mexican culture has ultimately decided to give up the war against the cartels. The film takes a bold stand against the violence, though, and forces audiences to look at the consequences of the cartels’ deviant behaviour and see that the music only serves as a cruel soundtrack. Narco Cultura offers graphic images that will surely startle viewers—the film features scenes depicting a “human puzzle,” bodies charred beyond recognition, murdered children, and at least one street flooded with blood. Director Shaul Shwarz, however, captures the ugliness of the cartel’s carnage with some stunning photography that draws attention to the pervasive ugliness of the cartel’s ways. The reality of narco cultura is much different than the glorified songs suggest.

Narco Cultura, then, is ultimately as effective as it is exhausting. At 103 minutes, Shwarz offers a healthy roster of convincing reasons why citizens should take a stand against the glamorized violence and speak up. The lengthy evidence is draining both mentally and emotionally, though, and one emerges from Narco Cultura feeling bruised and beaten. The effect is rather smart: instead of pumping you up, this story of narcocorrido beats you down. 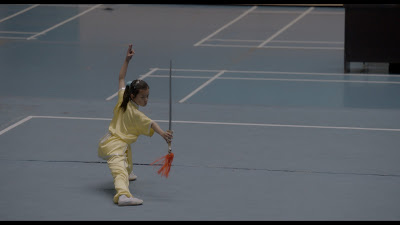 I really wanted to like Dragon Girls. This dry German doc is yet another film at the festival that looks at the growing superpower of China with a curious eye at the nation’s evolution. Director Inigo Westmeier takes viewers into the disciplined art of Shaolin Kung Fu as taught at one highly regimented school outside Beijing. Westmeier interviews a handful of young female pupils, a coach, an administrator, and a monk, and all the voices from the school depict their dedication to Kung Fu akin to an intense Buddhist boot camp. The perspectives on the school seem to differ between the kids and the adults, but Westmeier doesn’t do much with the contrast. The girls are smart pupils, but Dragon Girls doesn’t tie their stories together as effectively as, say, last year’s stories of Afghan female boxers.

Dragon Girls, unfortunately, doesn’t share the clear vision of its subjects. It’s wildly unfocused with testimony cutting from one subject and storyline to another without much coherence. The film also had the misfortune of suffering an audio gaff at Saturday night’s screening at The Royal, and the wonky sound proved a significant distraction. Technical misfortunes aside, though, Dragon Girls remained incomprehensible since the subtitles of the film ensured that not all the dialogue was compromised by the ghostly sounds. The film is just incoherent. It pities the girls one moment, but then seems oddly propagandistic the next. Are these girls the victims of an oppressive system or the warriors of the future?