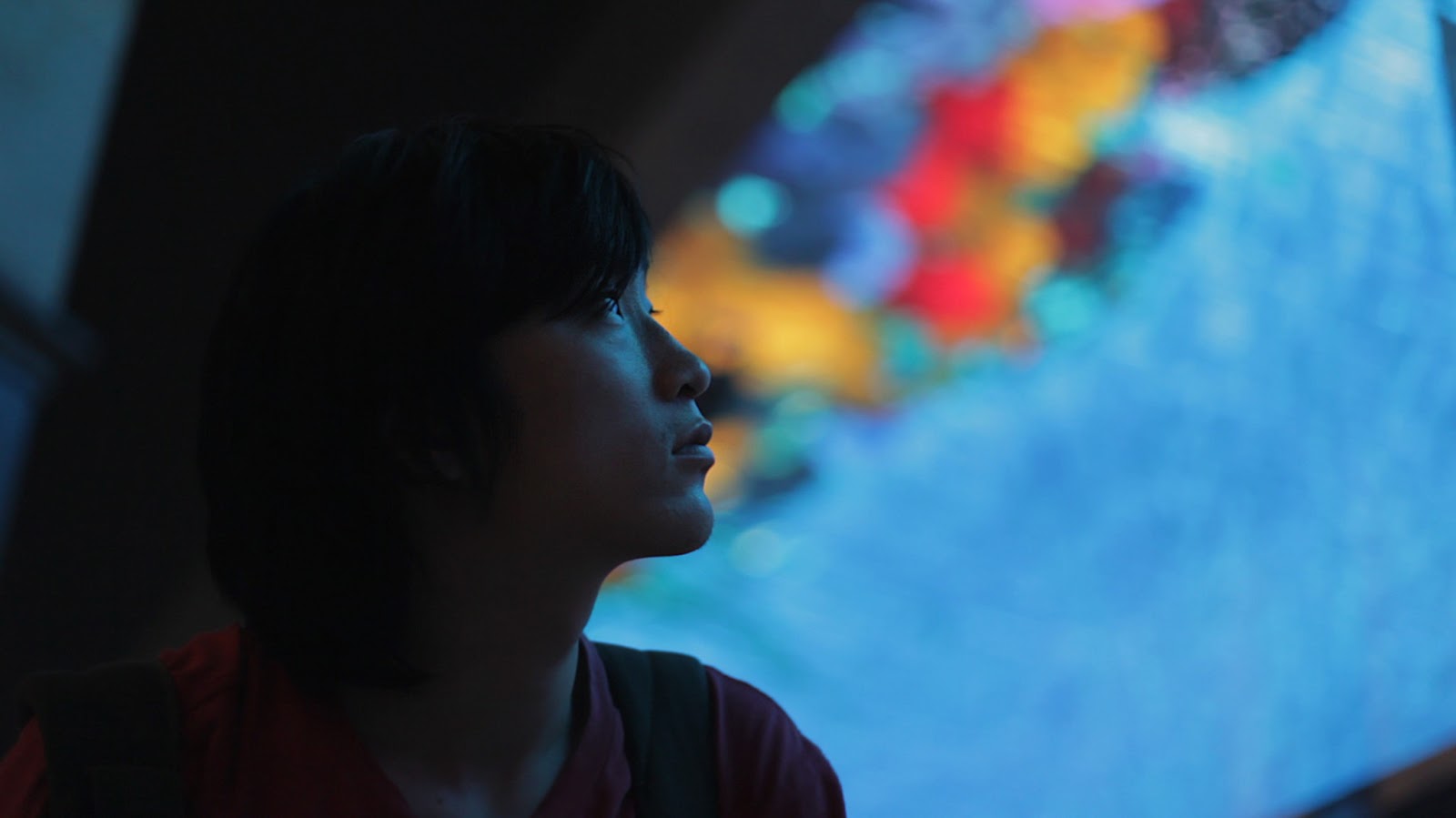 Last year’s Hot Docs film festival opened with an acclaimed doc about an acclaimed Chinese artist. That artist, of course, is Ai Weiwei, and the doc Never Sorry certainly did an excellent job of revealing how the artist’s work enjoys a countercultural struggle with China’s oppressive government. Can we in the West name a Chinese artist other than Ai Weiwei, though? I certainly can’t, unless one allows for the inclusion of filmmakers.

Mika Mattila’s Chimeras, which has its world premiere at Hot Docs in the Next programme, looks at China’s contemporary cultural revolution. Following two artists of different generations, Chimeras shows a nation in flux. Neither artist—Wang Guangyi, a painter (the elder) or Liu Gong, a photographer (the younger)—embodies the “old China”, as both artists emerged in a post-Maoist nation. (Liu Gong wasn’t even born until a decade after Mao’s death.) Both artists, however, gained popularity as Chinese art and culture enjoyed its strongest currents of internationalization, with Chinese art travelling overseas and trends from the West influencing the large Asian nation.

The different forms and philosophies behind the two artists’ works, though, convey a nation at a crossroads. Wang Guangyi, whose sales one year topped $25 million, struggles to find a way to reconcile contemporary art with Chinese tradition. “What are we looking for? Where are our roots?” he ponders as he looks to the land and sees little of his heritage in the work of his peers. Wang participated in a pioneer group of contemporary artists called the Northern Art Group, which sought to change the status quo of oppressive Chinese politics through art. Wang’s art becomes an ineffable encapsulation of a country in the throes of globalization, adapting to it and resisting it at the same time.

The West, on the other hand, has a strong influence on Liu Gong’s work. Liu cites his generation as being that of the global China, one for which dreams and fantasies echo those of Western ideology. Even his second public exhibition, a series of photographs entitled “A Better Life”, looks to the West for inspiration.

Chimeras is an intriguing look at how art shapes and is shaped by discourses in migration and globalization. The film itself is of a unique character, as it’s made by Finnish director Mika Mattila, who has called Beijing his hometown for years and decided to make the film after immersing himself in the rich currents of contemporary Chinese art. Chimeras shows the multifaceted nature of how art engages in questions of nationhood and belonging, regardless of whether a piece is conceived as political or not. Mattila’s smart look at contemporary Chinese art positions the art scene as an important harbinger for greater cultural change. As the isolated ancient culture sees greater and greater influence from the West, but learns to adapt and reflect upon its cultural legacy, the products shaped by China’s artists seem to signal a changing of the guards in cultural power.

Art lovers will want to see this film, not only for the striking visuals, but also for Mattila’s impressive snapshot of the larger philosophies and impulses that sculpt works of art. Chimeras should appeal to many filmgoers who found the conundrum of cultural categories so fascinating in Abbas Kiarostami’s French-Japanese co-pro Like Someone in Love. As currents change and creativity circulates more freely between national borders, art becomes somewhat borderless. Chimeras therefore reveals that questions of national character seem to be more relevant than ever, as the old ways are re-evaluated, re-shaped, and, in some cases, discarded altogether. If art reflects the world we live in, then Chimeras suggests that things are becoming much different Chinese art enters a new stage of enlightenment.