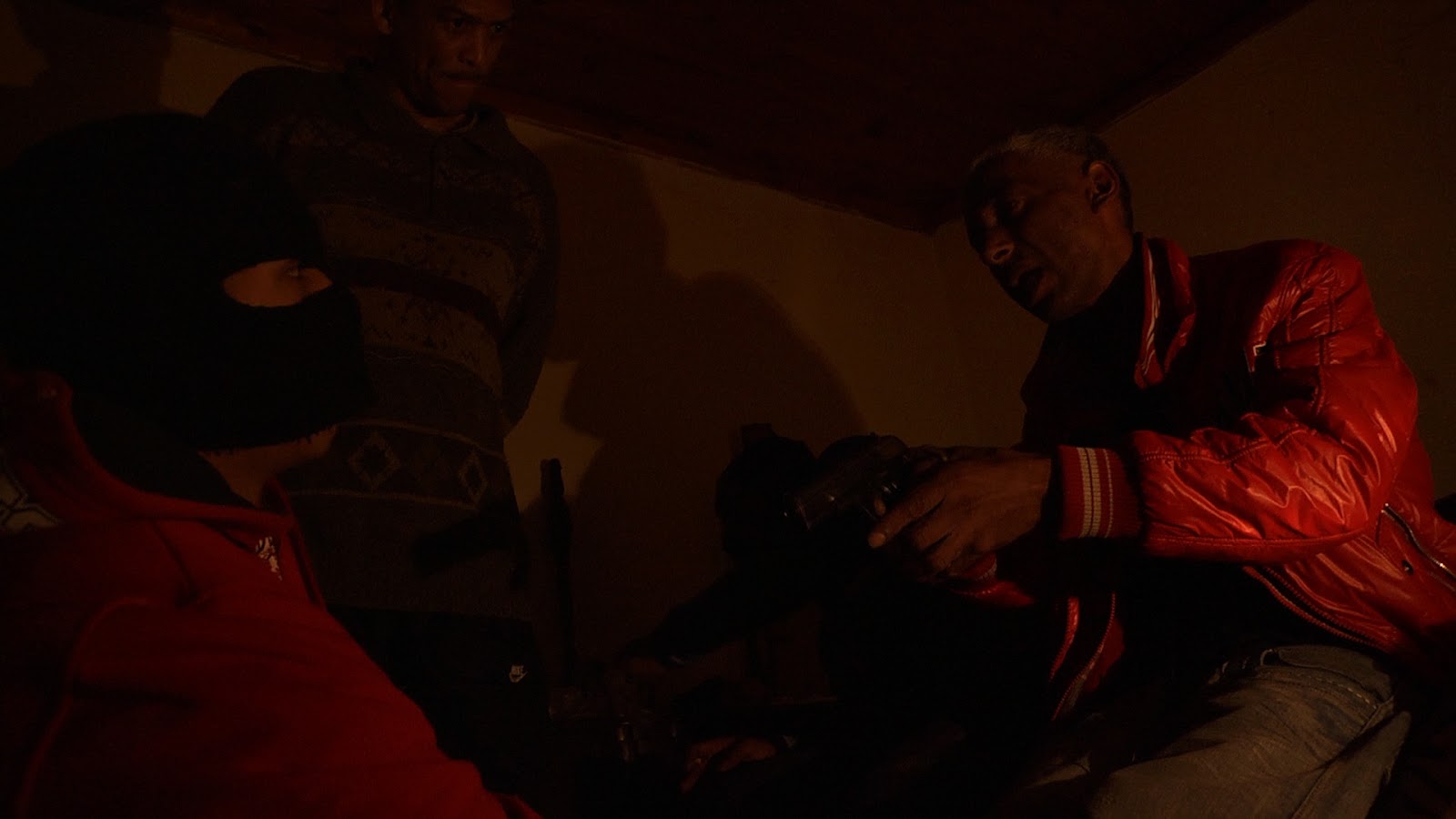 The Devil’s Lair is sure to be one of the talking points at Hot Docs this year. Not only is it the sole offering from South Africa at the festival, but this bold observational film by Riaan Hendricks contains rare and extraordinary footage that’s sure to straddle the line of documentary ethics for some conservative viewers. The Devil’s Lair takes the audience into the home of a Cape Town drug lord named Braaim. Braaim is the leader of The Nice Time Kids, which is the biggest gang in the district of the Cape flats. The extent to which The Devil’s Lair reveals the workings of The Nice Time Kids might cross the line, but if it does, it’s in these moments that the film is most thrilling.

The Nice Time Kids seem to be on the verge of a turf war between rival gangs The Americans and The Boy Scouts. The opening scene of The Devil’s Lair reveals the tension between the rival gangs, as the film begins with disorienting footage of a shooting in a town square. Braaim then spends much of the film contemplating the assassination of a rival leader. It’s kill or be killed, and, as Braaim says, “The fastest live the longest.”

Braaim earns his money distributing drugs in the working class area of Cape Flats, which is a peripheral part of the city, so much of the film observes the leader portioning meth and tasting the product with his pals. Other moments in the film offset this insider’s look at a life of crime and go inside Braaim’s family home to meet Braaim’s wife, Gadija, and their children. The moments in which Braaim plays with his kids seem commonplace—he’s a loving father, despite his recurrent substance absence and his illegal/immoral way of providing for his family. The toll of Braaim’s lifestyle is readily apparent in the testimony that Gadija offers as she invites the cameras into her home. She is now considering divorce from her husband after putting up with his behaviour for seven years: she never knows if he’s coming home and she fears that every gunshot she hears could signal the death of her children’s father.

The even-handed Cinema Verité portrait of Braaim’s lifestyle, however, is matter of fact and non-judgemental. Hendricks’ steady observational approach is accented by an appropriately minimalist score. This is a way of life on the margins and a means of providing when few opportunities exist. The Devil’s Lair draws out Braaim’s murky compounded relationship between deviant behaviour and escape: the more one escalates activity to expand empire, the more one comes closer to attaining the goal of a better life elsewhere. At the same time, each action provokes a reaction that could leave Braaim dead and his family without a husband and father. The Devil’s Lair is Breaking Bad in is grittiest form, as the stakes are real and the costs are clear.

The Devil’s Lair reveals the consequences of Braaim’s lifestyle in a climactic scene in which he and his closest allies plot the murder of their rival. The assassination plan isn’t anything advanced or elaborate that Hollywood might imagine—The Devil’s Lair depicts drug life more in the vein of The Wire. It’s shrewd, though, as Hendricks’ camera captures Braaim calmly explaining to his hoods that they should do the hit under the cover of schoolchildren. It’s an ambush synched with the bell time.

The scene proves the ultimate example for which one might wonder if The Devil’s Lair goes too far. How much secrecy should a documentary afford its subject? Should the filmmakers have contacted the police? Should someone have been alerted that a man’s life is at stake? There’s a moral code underlying The Devil’s Lair, however, which suggests that an alert might simply have turned Braaim into the victim. Alternatively, the access afforded to Hendricks by Braaim (they’re childhood friends) would be broken by an intervention. The camera, after all, is only an observer. It could also be an accomplice depending on which argument one wants to take.

The Devil’s Lair gives festivalgoers a rare chance to be a fly-on-the-wall to witness the inner mechanics of a criminal “family”, as well as the drama of the leader’s own family, which bears the consequences of their father’s means of providing. Braaim ultimately seems repentant by the film’s end, though, so doc fans are sure to debate The Devil’s Lair throughout the festival.