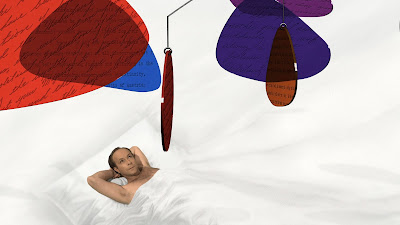 Felix Austria! is sure to add some whimsical character to your day of Hot Docs screenings. Felix Austria! takes audiences on a whirlwind treasure hunt as one academic tries to piece together a peculiar mystery between an ordinary American and the last descendant of the Holy Roman Empire. This delightfully strange film by Christine Beebe is an eccentric character study that is as colourful and personable as its subject is.

Felix Austria! puts audiences on a globetrotting journey with Felix Etienne-Edouard Pfeifle (né Brian), an aficionado of Austro-Hungarian Empire. Felix is a colourful dandy and an accessible, entertaining film subject. Like the best university professors, Felix loves to share his knowledge with his pupils and he displays his passion and his breadth of information with each address to the camera. The film lets Felix explain his intense fascination with the Austro-Hungarian Empire, which was piqued by a surprise inheritance of correspondence between Herbert Hinkel, an ordinary American, and Otto von Hapsburg, the last Crown Prince of Austria-Hungary. The invaluable archive that Felix receives from Hinkel is a history buff’s goldmine. The letters—approximately sixty years of correspondence between the two men—offer an extremely rare glimpse into the character, personality, and humanity of a monarch.

Curiosity transforms Felix’s enthusiasm into an adventure as he sets forth to learn more about Herbert Hinkel and discover the relationship between Hinkel and Hapsburg that exists beyond the letters. (What compelled a monarch to write to a commoner for six decades?) Felix eventually packs a case of colourful suits, ties, and ascots as he flies to Europe for a one-on-one with Otto von Hapsburg himself. The encounter with Hapsburg is especially important for Felix since his interest in Austro-Hungarian Empire has morphed into a kind of mania that seeps into his subconscious and manifests itself as all sorts of peculiar monarchical dreams. (It’s not abnormal for academics to have nightmares about their work, but Felix’s dreams are a whole other kind of psychoanalytic craziness.)

Felix’s dream sequences inject a unique breath of life into the film as Felix Austria! presents Felix’s dreams as surreal—and hilarious—animated interludes. The stunning hand-drawn animation has an eye-catching eccentricity and an impressive attention to detail. The otherworldly cartoonishness of the dream sequences offsets nicely the low-res Verité documentation of Felix’s task, and transforms his humble journey into a quixotic quest.

The dream sequences also tie together the various threads of Felix’s life that Beebe introduces throughout the film. Crucial to constructing a complicated dimensionality to Felix is the storyline that outlines Felix’s connection to his father, who is dying of Huntington’s brain disease. Huntington’s carries a genetic probability of fifty percent, so Felix knows that it’s a flip of the coin whether he will see the same fate as his father. Felix is reluctant to discuss the looming fear of Huntington’s directly, but the dream sequences unearth unspoken fears and conflicts of identity. The quest to uncover the mystery of the pen pal relationship between Hinkel and Hapsburg, which implicitly reveals something about Felix himself, therefore has a limited timeframe. If Felix’s mind deteriorates at the rate of Huntington’s power, then the significance of his archive of correspondence could be lost forever.

Felix Austria! is a highly enjoyable collage of biography and fantasy, history and art. Quirky and original, Beebe’s film is a welcome oddball adventure of escapism and self-discovery amidst the festival’s dark and often depressing docs. One can’t help but wish that Felix’s climactic visit with Hapsburg received a little more attention (at 76 minutes, the film could probably have afforded the sequence more screentime), but the charm of the Austro-Hungarian Empire lives on in Felix’s eccentric shrine to Hinkel and Hapsburg’s correspondence and his even more peculiar dreams.