Hot Docs Review: 'The Ghosts in Our Machine'

The Ghosts in Our Machine 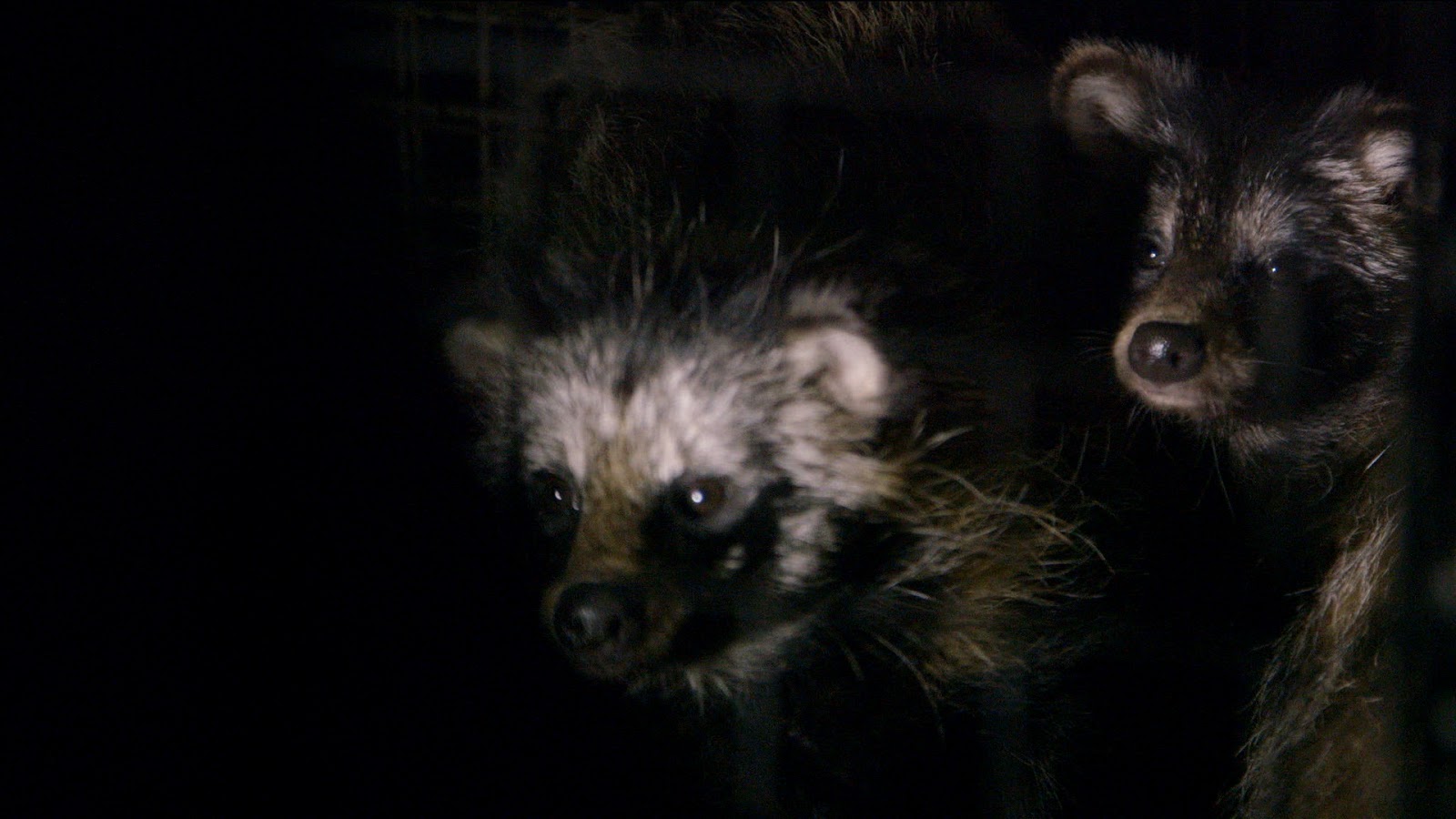 “I’m trying to save the world,” whispers photographer Jo-Anne McArthur to a colleague as he marvels at the images she has placed before him. McArthur turns art into activism one still frame at a time by travelling the world and capturing the mistreatment of animals through her lens for a massive project entitled “We Animals”. Her pictures are stunning aesthetic feats, especially for how well they juxtapose the personality of our four-legged friends with the inhumanity of our industrialized factory farms and food industry. McArthur’s passion and conviction ring true in every frame of The Ghosts in Our Machine, making it one of the strongest offerings at Hot Docs this year.

McArthur’s maverick photography, impressive as it is, seems to find a hard time reaching the audience she needs to inspire change. The Ghosts in Our Machine shows the contradictory nature of trying to make a difference, as one’s message must be provocative enough to inspire action, but safe enough to appeal to a mainstream(ish) paying public audience. An early scene shows McArthur pitching some of her work to her peers and while they acknowledge the power and importance of her photographs, they admit that the photos will have a hard time finding their way to print. The more honest and effective the photo is, the less likely it will be seen by a wide readership.

The Ghost in Our Machine, however, gives McArthur’s photography the compelling display it deserves. The film follows McArthur as she executes several photo-shoots aimed at bringing empathy to non-human animals in captivity. McArthur captures the personality in these animals against the cold, industrial backdrop of their confines. The photographs show that animals offer many of the same emotions that humans bring to pictures: a sense of pride can be seen in the poise of a newly freed beagle, while the eyes of a pig reflect fear as it stands in a cramped truck.

Other noteworthy sequences include a visit to a farm for rescued animals and a portrait of a couple that creates a family by rescuing beagles from a test lab. The sanctuary scenes show how much better non-human animals can flourish when they’re given open spaces and conditions akin to their natural habitats. The same practices, in theory, could be used by many farms in developed countries, but the western world opts for cost and convenience, as even many organic farms offer inhospitable conditions for the animals as they’re processed quickly and efficiently in order to cater to the over-consumptive habits of developed countries. The beagle adoptees present the long recovery that awaits animals that escape the machine, as Abbey, their newest beagle, can’t even climb a flight of stairs when she arrives in her new home. Both sequences propose practical and effective habits that ordinary citizens can take a stand for animal rights and contribute in meaningful ways.

The importance of McArthur’s art is captured best in one excellent sequence that brings her to Europe where she documents the conditions of a factory farm for foxes with a fellow animal rights activist. McArthur and her colleague plan the shoot methodically and then go in for the attack during the early morning hours. The documentary shows the conditions of the farm firsthand—small overcrowded cages and foxes in need of care and treatment—and Marshall intercuts the footage with still images of the photographs that McArthur captures in the sequence. The way McArthur’s camera captures the foxes differently than the film’s camera does is a thing of beauty. The sequence stresses the power of McArthur’s photographs, which look twice as compelling when framed within the context in which they were shot.

McArthur likens herself to a war photographer in one scene of The Ghosts in Our Machine, but the comparison might not be hyperbole. Director Liz Marshall (Water on the Table) follows McArthur along some fascinating and revealing reconnaissance missions that feel comparable to the taught research scenes in Kathryn Bigelow’s Zero Dark Thirty. Hunting down factory farms might not seems as tricky as ferreting out Osama bin Laden, yet the methodical intuition and inspiring urgency that McArthur invests in her work isn’t too far from the conviction of Jessica Chastain’s Maya. There’s a war for to be fought for the rights of non-human animals, The Ghosts in Our Machine proposes, as the rights of all earthly creatures might be the next stage in human morals.

If The Ghosts in Our Machine bears even the slightest hint to Zero Dark Thirty, then it’s a blood relative to last year’s animal doc Bestiaire by Denis Côté. Looking into the eyes of non-human animals with a compassionate, observational gaze, both Ghosts and Bestiaire highlight straightaway how wild animals aren’t meant for a life of industrialized confinement. Both films show the emotions and personalities of animals as they live in man-made surroundings. Marshall’s doc exceeds Côté’s, however, because it puts the onus on its audience to acknowledge that it’s simply our intellect that sets us apart from these creatures and that we should use this advantage for kindness and compassion, and not for profit and consumption.

Marshall’s rendering of McArthur’s project is a worthy portrait. The Ghosts in Our Machine is as impeccably composed as its subjects’ photographs. Handsomely shot by a team of four cinematographers—Nick de Pencier, John Price, Iris Ng, and Marshall herself—and seamlessly edited by Roland Schlimme and Roderick Deogrades, The Ghosts in Our Machine offers top-notch filmmaking. Thanks to the extensive coverage Marshall provides for each scene, The Ghosts in Our Machine has the look and tempo of a Hollywood thriller—hence the reference to Zero Dark Thirty—and the convincing insight never feels the slightest bit like a lesson.

The film, which credits all the non-human animals that appear in the film alongside their human animal co-stars, is bound to engage its audience with its dramatic look at the underbelly of contemporary commodification. Jo-Anne’s sympathetic story and inspiring passion could easily change the way many viewers look at animals. Whether they’re feed, entertainment, or domesticated friends, animals deserve to enjoy many of the same rights we do.

Update:  The Ghosts in Our Machine opens in Ottawa at The ByTowne Sept. 23. Subject Jo-Anne McArthur will be in attendance to introduce the film and answer questions.