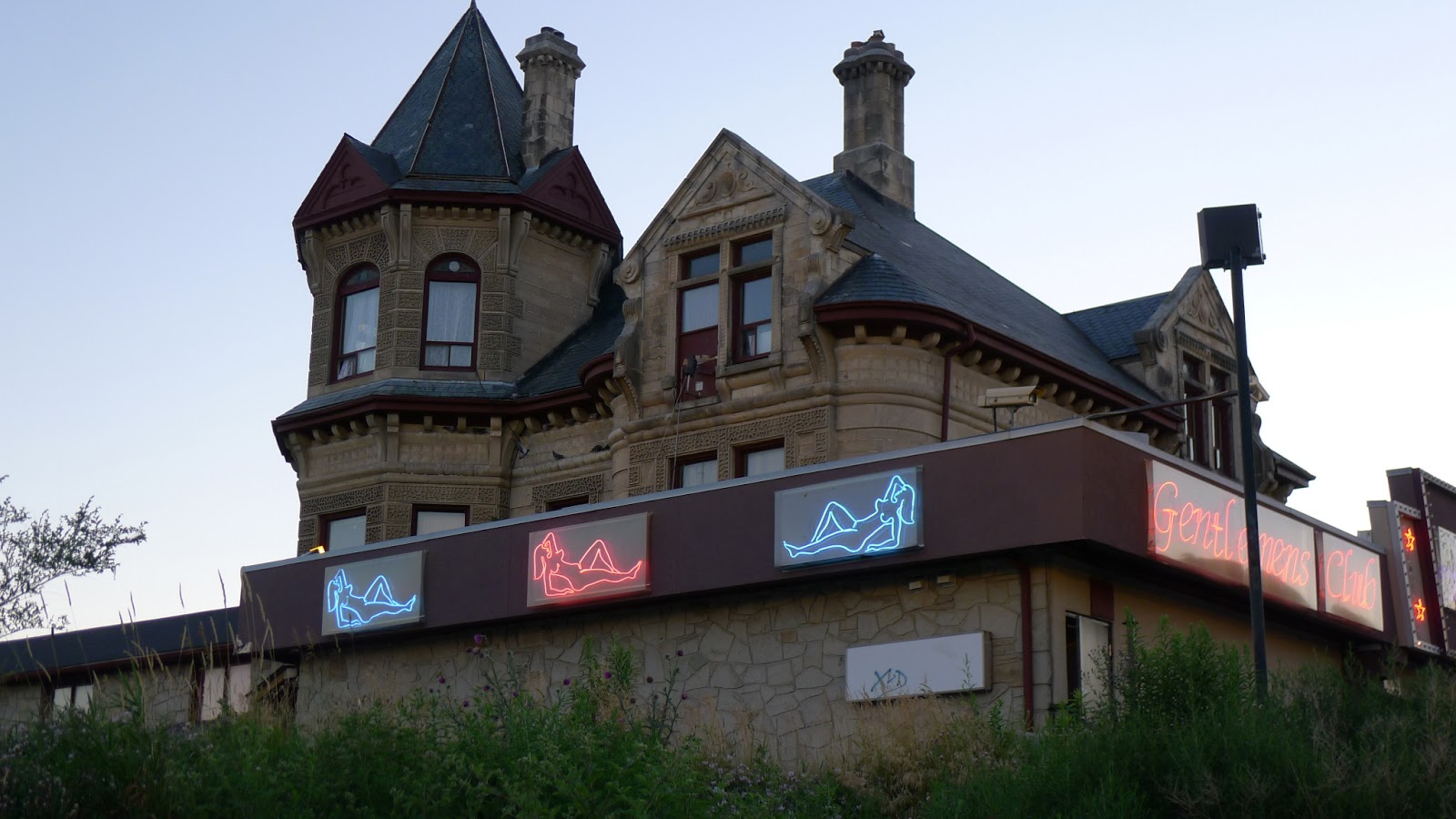 They say that the family that plays together stays together. Tony Soprano, for one, kept his “family” mostly intact through closeness and conviviality. The Sopranos would go out, whack Uncle Pussy, and then head to the gentleman's club to repair family ties with drinks and lap dances. What happens, though, to the family that runs The Bada Bada? Strip clubs seem like a strange business to be in. They’re not illegal, they’re not immoral, but they’re not exactly the first place that one associates with conventional kinfolk. Director Shawney Cohen enjoys a family “outing” of sorts as he documents the eccentricities of his strip club-owning family in The Manor. The Manor, which opens the twentieth annual Hot Docs Canadian International Documentary Film Festival, is a humorous directorial debut for Cohen. It might have overtones of absurdist tragedy, but The Manor feels like one of the most ordinary family portraits ever captured on film.

It’s strange to use the word “ordinary” to describe the Cohens because they seem like a peculiar family on the surface. They’re actually more like a circus freak show, since Shawney’s father, Roger, is 400 pounds and his mother, Brenda, is severely anorexic. Shawney and his brother are also extreme opposites with the former seeming ill at ease at the family's Guelph titty bar (named The Manor) and with the latter looking eager to take over the family business. Cohen also looks behind the flourescent lights to show his "family" at The Manor, which includes an ex-con bouncer and a drug-addled motel maiven. Loud, eccentric, and constantly bickering, the Cohens are an entertaining bunch to observe.

The Manor is often quite funny as Cohen interviews his family members to explore the effects that owning a strip club has had on the family. The consequences are polar extremes for his parents, as Roger is proud of the empire he has built and devours the family earnings by the forkful. Brenda, on the other hand, hides the source of the family’s income, as she often says that they are in the hotel business. Unlike Roger, she rarely consumes more than a cup of coffee and she acknowledges that her eating disorder probably stems from knowing that her husband is always surrounded by beautiful women. Brenda still loves her husband and she trusts his fidelity, as she alludes to Shawney during a brief visit to the swans on the family estate. One can almost hear comparisons to Grey Gardens percolating in the minds of festivalgoers as they watch this tale of an unconventional family and the home that defines them.

Comparisons to the Maysles’ film might be hyperbole, though, since The Manor doesn’t stray as far from a family portrait as one might expect. Shawney focuses more on the peculiarities of his family than on the character of The Manor. The strip-clubbing business all seems so normal through his lens. It’s not seedy. It’s not sexy. It’s just a business.

The Manor could very well be the least sexualized movie about a strip club. (Although that depends on how one reacts to Showgirls.) The only hint of debauchery appears when Shawney brings his girlfriend to The Manor to meet his father. During the meeting, one of Roger’s female employees struts into the office buck-naked and then nonchalantly veers her rear into the direction of Shawney’s girlfriend. First impressions can be difficult, especially when one’s partner peddles well-toned fannies for a living. In spite of the unusual circumstances of his family’s work, Cohen shows that his family is just as flawed and ordinary as any other. The Cohens are highly entertaining, though, and they make The Manor a fun and enjoyable first feature.

The study of the family, however, seems limited. Prop a camera before a cast of eccentric characters and you're sure to have a crowd-pleasing film. The family members are a hilarious bunch, so The Manor is an entertaining character study that enjoys the minute peculiarities of observation without furthering them to create a higher meaning. The restricted frame of the film makes it an odd choice to open the festival, but it's nice to see Hot Docs celebrate local talent and local stories, although viewers familiar with the Guelph establishment will probably enjoy the film a lot more than other festivalgoers. The interior shots of the club are something to behold, though, with how much they de-sexualize the abundance of flesh grinding on the poles against the backdrop of fluorescent lights. What goes on in The Manor looks flaccid, or at least it does within Cohen’s frame. Cohen’s tone is equally plain, as The Manor avoids the snarky double-entendres, irony, sarcasm, or coy diffidence with which one could easily have used to turn the study into an all-out farce. The Manor as ordinary and human as a film can be.

UPDATE: The Manor opens in Ottawa July 13 at The ByTowne.