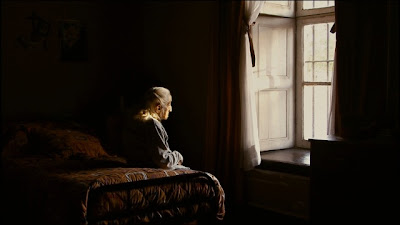 Well, I was bound to hit a grumpy patch after reviewing thirty films…

If I gave a star for each time I yawned during a film, then The Last Station would be a shining constellation. Star ratings work the opposite way, though, so this Chilean co-pro gets one star and a whole lot of dark empty space. The Last Station should really be subtitled ‘when observational films go wrong,’ since this slow, unattractive film enjoys a dryly monotonous life as it witnesses the daily habits of senior citizens approaching their expiry dates. One woman eats soup; she mashes her gums. Elderly men in sweaters sleep in front of the telly and a weathered padre offers slow rambling sermons over the radio. The Last Station hits a low point when it literally moves at a snail’s pace as a slimy gastropod crawls up a tree as the seniors choir sings “Swing Low, Sweet Chariot” off-key in the background. The shot holds until the snail slithers out of the frame. That’s a long, tedious sit for a viewer, especially when the film in question draws attention to one’s limited time on Earth. Said snail is also a plum example of how this well-intentioned film is needlessly and fatally slow. I considered walking out, but the woman two seats down from me was sound asleep and blocking my path for escape. 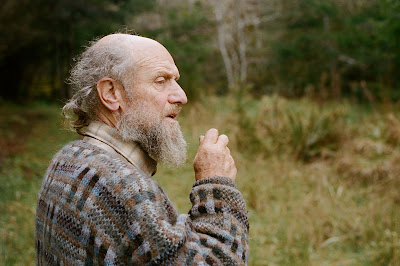 Fall and Winter is yet another environmental awareness doc that does a disservice to left-wing politics and concerned citizens all over the globe. Director Matt Anderson enlists an impressively large roster of experts, but the talking heads are more like a grocery list than a forum for discussion because there are so many voices in the mix that Fall and Winter grants many of them a superficial sound bite. The extensive range of talking points underscores Fall and Winter’s lack of focus, since the film begins with a conventional look at tangible problems, such as famine and agricultural change, but then digresses into a tiresome excursion of academic theorizing that makes a good idea fly off the rails into oblivion. The film misses the opportunity to inspire change because it focuses too much on grandiose conceptualizing and too little on the realistic actions individuals can do to help sustain the environment.

Much of the film’s strongest points have been said with greater force and clarity in superior projects. (See, for example, this year’s Hot Docs film The Human Scale.) Fall and Winter is just a wearisome lecture. Anderson makes the film equally overwrought by using heavy-handed intercuts and visual accompaniments to the intellectuals’ semantic Babel. One scene, for example, sees an expert ramble about the “darkness of human shadows” as Fall and Winter cuts to a shot of Darth Vader. Likewise, a needless sequence on the Occupy movement offers an associational montage of herded cattle to segue to a tirade about the world as a police state. Cullen, however, does provide a solid finish by showing some fully realized actions by a handful of the experts, such as an intriguing concept of “biological houses” built with refuse and debris. Unfortunately, though, the final turn in Fall and Winter comes a little too late for this overdrawn affair to make an impact.