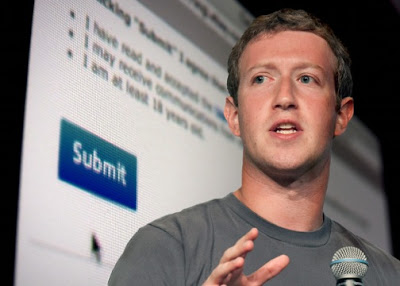 Think before you post. That selfie of chugging 26-er of vodka might not be as good a profile pic as you think it is. Ditto that tweet about needing to pee. Some information doesn't need 140 characters. The perils of social media have been trounced across the news before, as any informed person has probably heard of the problems that the digital age has wrought for job seekers, or for countless persons who are victims of identity theft. Terms and Conditions May Apply looks at the dark underbelly of the digital revolution and asks if developers have gone too far in selling out consumers’ personal rights. The film is especially hard on Facebook and its two-faced founder Mark Zuckerberg, as it wags its finger at the industry for turning consumers into products.

Director Cullen Hoback uses talking heads and case studies to build a convincing, if conspiratorial, argument that serious government intervention needs to happen to curb the violation of fundamental democratic rights that are sold with every acceptance of the fine print. While the film offers little new information for anyone who follows the news regularly and keeps up with the privacy settings of their social media tools, Terms and Conditions May Apply certainly provides an ominous crash course on the collusion between the government and Big Business. The film is compelling, but I’ll admit that I used my Smartphone to check both Twitter and Facebook during the post-screening Q & A.

Terms and Conditions May Apply screens:
Friday, May 3 – 2:00 pm at Hart House 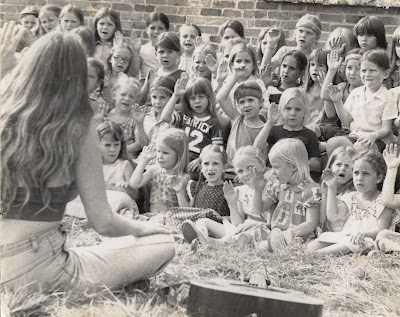 Sisters and filmmakers Rena Mundo Croshere and Nadine Mundo revisit their upbringing on The Farm, a legendary Tennessee utopia that served as America’s largest and longest-running commune. The sisters provide a retrospective account of The Farm that is both affectionate and critical as they cull together the history and ideology of the commune using archival resources and one-on-one interviews with founding members and fellow Farm kids. American Commune explains the philosophy of The Farm fairly and reveals how the ideological motivation of the commune reached beyond the fields of the farm itself. Doc fans who swear by sustainable living and eco-awareness will surely be inspired, but they might also be disappointed by the real-life struggle to realize a socialist utopia in the heart of capitalist America. The sisters give an emotionally engaging portrait of an idealism that failed to endure, but continues in the spirit of former Farmers like themselves. 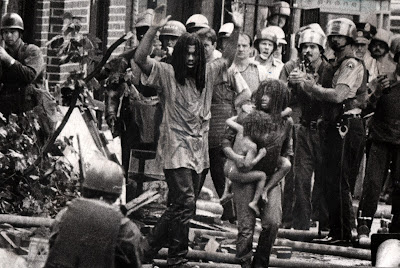 I don’t think any film at Hot Docs has frustrated me as much as Let the Fire Burn has. Immediately after the film ended, I wanted to stand up and cry “Oscar!” (Or at least tweet something to that effect.) As the credits rolled and people started asking questions of the filmmaker, I found that my five-alarm enthusiasm started to fade.

Director Jason Osder does a commendable feat of assembling archival footage of a sensational period of American history. Let the Fire Burn tells of an awful 1985 incident in which Philadelphia police bombed a townhouse in an effort to evict the radical group MOVE from an otherwise quiet residential neighbourhood. The decision was then made to “let the fire burn” and expunge MOVE by the most extreme option imaginable. Eleven people died in the fire. Five of them were children.

The footage that Osder presents is an excellent exposé that examines the devastating effects of intolerance, prejudice, and human indifference. The archival footage is emotionally compelling and almost devastating in its ability to mediate upon the kind of mentality that turns a civil neighbourhood into a war zone. Let the Fire Burn, however, feels a bit limited by its archival scope. Little footage is used to contextualize MOVE—the organization initially comes across as a kind of brainwashed cult—so the larger implications of its struggle aren’t always clear. Likewise, Let the Fire Burn might have benefitted from asking its subjects to revisit the case as they see it today. Why didn’t Osder interview any subjects to complement his astute analysis of primary sources?

Let the Fire Burn presents a strong thesis and delivers an incendiary series of clips as support, but the collage of archival footage doesn’t offer the same thrill of crafty aesthetic intuition and methodology as, say, Our Nixon does with found footage. Much of the footage in Let the Fire Burn is essentially available on YouTube (see this clip), as is the persuasive argument that the actual act of terror was made by the City of Philadelphia and not by MOVE itself (see this clip that offers a similar argument in four minutes). Osder nevertheless constructs a tight and provocative essay, but like the actions of the Philly police, Let the Fire Burn suffers from closer inspection and scrutiny.