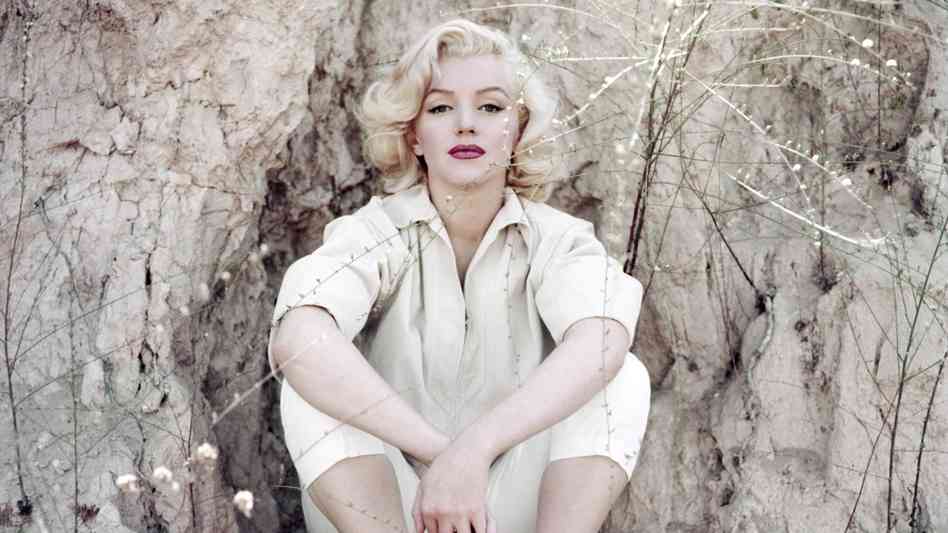 A trip to London a few years back included a visit to the Tate. The highlight of the collection of modern art came in the Andy Warhol wing. Standing out amongst the gaudy cow wallpaper of the room is Warhol’s famed Marilyn Diptych, which is every bit the masterpiece in person as one hopes it to be. This trip included a few days in Paris, too, and I’d say that Marilyn is a far better sight than the Mona Lisa is.


I like Warhol’s “Marilyn” so much due to my fascination with stars and celebrity. By copying Monroe’s image over and over, the work immortalizes her through repetition. Warhol manipulates each portrait of Marilyn with a different edge, much like how a celebrity’s persona morphs as it circulates through popular culture like a mythological message in a game of broken telephone. Warhol captures Marilyn’s mortality, too, by splitting the piece in two and making one side a greyscale series of copies that grow dull. Notice how one side of the piece fades and how the coloured side remains vibrant. Warhol made this piece the same year Marilyn died, so it’s brilliant how much the piece anticipates how one Marilyn would dwindle from the public eye, while the other Marilyn remains the icon of celebrity. She probably always will.

Liz Garbus’s stylish documentary Love, Marilyn acts as a cinematic cousin to Andy Warhol’s iconic portrait of Marilyn Monroe. The aura of Marilyn exists primarily due to the Warholian reproduction and circulation of Marilyn’s image. Her story has been told in 1000s of books, articles, films, discussions, musings, blog posts, etc. Even if one hasn’t seen a single one of her films, or if one can’t even name one of them, the story of tragic story Marilyn Monroe is, nevertheless, probably vaguely familiar. One intellectual in the film likens Marilyn’s story to Greek Tragedy and calls Marilyn the Oedipus of this generation. The statement sounds like bullshit academic hyperbole, but it shows the star status that Marilyn carries fifty years after her death.

The tale of Love, Marilyn is like a new staging of an old Greek myth. A fine artistic conceit can revive a well-trodden story. Garbus achieves a multifaceted reiteration of the Marilyn mystique by assembling a group of twenty-odd actresses to read a collection of newly discovered writings by the star. In addition to the familiar biography of Marilyn Monroe provided by scholars and friends, who all discuss the folktale that the persona of “Marilyn Monroe” was the greatest role the actress ever played, the actresses add Marilyn’s own voice to mix. It’s sort of like an interior monologue that runs through the manipulation and reconstruction of Marilyn’s life.

While neither the biographical elements nor Marilyn’s scribblings offer anything new, aside from her roast chicken recipe, one can’t deny the impressively exhaustive range of footage Garbus presents. Virtually every photograph ever taken of Marilyn Monroe must appear in some frame of Love, Marilyn. The archival footage is helpful, too, as scenes of Marilyn both onscreen and off complement the stories shared by witnesses and actresses. Love, Marilyn is a great crash course for anyone in search of a quick lesson of Marilyn’s life and legacy.

What makes Love, Marilyn worth seeing in spite the tiring accumulation of Marilyn movies (see: My Week with Marilyn) is Garbus’s feat with the actresses who give Marilyn a voice. (A series of male actors also appears to read biographies and letters from the men in Marilyn’s life.) The actresses create a Marilyn mosaic that builds a woman out of all the fragments of Marilyn’s life that have been left out of the portraits offered previously. Here is Marilyn’s desperation in her own voice as Uma Thurman clasps her neck and reads Marilyn’s frenetic notes that push her to do more with herself. Here is Marilyn’s insecurity, as Marisa Tomei hesitates and conveys Marilyn’s self-doubts. Here is Marilyn’s ambition in Evan Rachel Wood and her sauciness in Lindsay Lohan.

As the actresses are crosscut by editor Azin Samari, who does a remarkable feat of creating a collective Marilyn, the actress’s legacy echoes through the passion that each star uses to honour Marilyn Monroe. Marilyn’s more of an aura than an actress, really, thanks to the longevity of such a short career.

Each snippet of Marilyn reveals the traits with which one defines a star. Her voluptuousness, her composure, and her delivery are all highlighted as the hallmarks of a Hollywood legend. As each (auto)biographical extract sizes Marilyn up, however, one can’t help but return the study to the actresses who are piecing Marilyn together. Some actresses don’t quite have the sense of spontaneity Marilyn is said to have. Others show their mechanics more readily, while others (ex: Janet McTeer) inhabit their character with immersive fullness. Some actresses have the strong presence that seems to be a Marilyn rarity. Viola Davis, for one, has a great screen presence as she reads Marilyn’s words with down-to-earth authority.

One of the biggest riddles of Love, Marilyn is whether the endless veneration of the full-bodied blonde has kept other worthy talents from the spotlight. Amongst the Oscar winners and blonde-bombshells of the film appears Jennifer Ehle (Zero Dark Thirty), who easily upstages every A-lister in the film. Ehle is classically beautiful—she resembles a young Meryl Streep—and she reads Marilyn’s words with a sense of naturalness and authenticity that none of the other actresses quite match. There’s a playfulness that inhabits her readings, too, that Marilyn would have probably enjoyed. Ehle has the same kind of screen magnetism that people look for in a star and you can feel it each time Love, Marilyn cuts either to her or away from her. Why isn’t she a bigger star? Parts in films such as The King’s Speech and Zero Dark Thirty will hopefully help, just as it took Marilyn a while to graduate to bigger parts.

Love, Marilyn assembles a full, vivacious portrait of the Hollywood icon. Liz Garbus provides a smart look at Marilyn Monroe, giving the star her own role in her story, thus letting Marilyn enjoy her fifteen minutes of fame each time one of her protégés brings her words to life. By circulating and repeating the deification of Marilyn Monroe, Love, Marilyn is a love letter to a star that will never fade.

Love, Marilyn screened in Toronto at TIFF BellLightbox.
It opens in Ottawa June 14 at The ByTowne and screens at The Mayfair in July.