(Canada, 90 min.)
Written and directed by Sara St. Onge
Starring: Lola Tash, Charlie Carrick, Krista Bridges, Rob Stewart.
Pity the precious snowflake. It must be hard growing up today. Parenting styles have changed so that kids are given more freedom and a more flexible chance to find themselves than their parents had. The previous generation seemed pretty grounded, what with boys and girls popping out in moulds like Sally and Bobby Draper, but kids today just seem lost as they look into their iPhones in search of answers. Someone needs to make an app for growing up.

Molly Maxwell is one of the precious snowflakes at Toronto’s Phoenix Progressive School. All the students at Phoenix supposedly have their own unique gift that they can nurture in an elective course. Molly seems like a lumpy snowflake, then, when she finds herself at a complete loss to discover her special talent. Music? Meh. Gymnastics? So last year. Cheerleading? LOL. Maybe Molly isn’t special. As Molly, played by revelatory newcomer Lola Tash, hides behind a wardrobe of unfortunate looking sweaters—Molly’s indisputable talent is rocking the ‘grandma chic’—she seems in desperate need of guidance from her teachers. Phoenix is an odd alternative school where students sit on couches instead of desks and they call their jean-wearing teachers by their first names. It’s casual progressive education for the new millennium.

The vibe at Phoenix might be a bit too casual, actually, once Molly decides to try her hand at photography and strikes up a relationship with her dashing young teacher-mentor, Ben (played by Charlie Carrick). Molly’s knack for photography flourishes under Ben’s guidance—she really is a precious snowflake, it seems—but their camaraderie takes the student-teacher relationship beyond propriety, even for a school as progressive as Phoenix is. 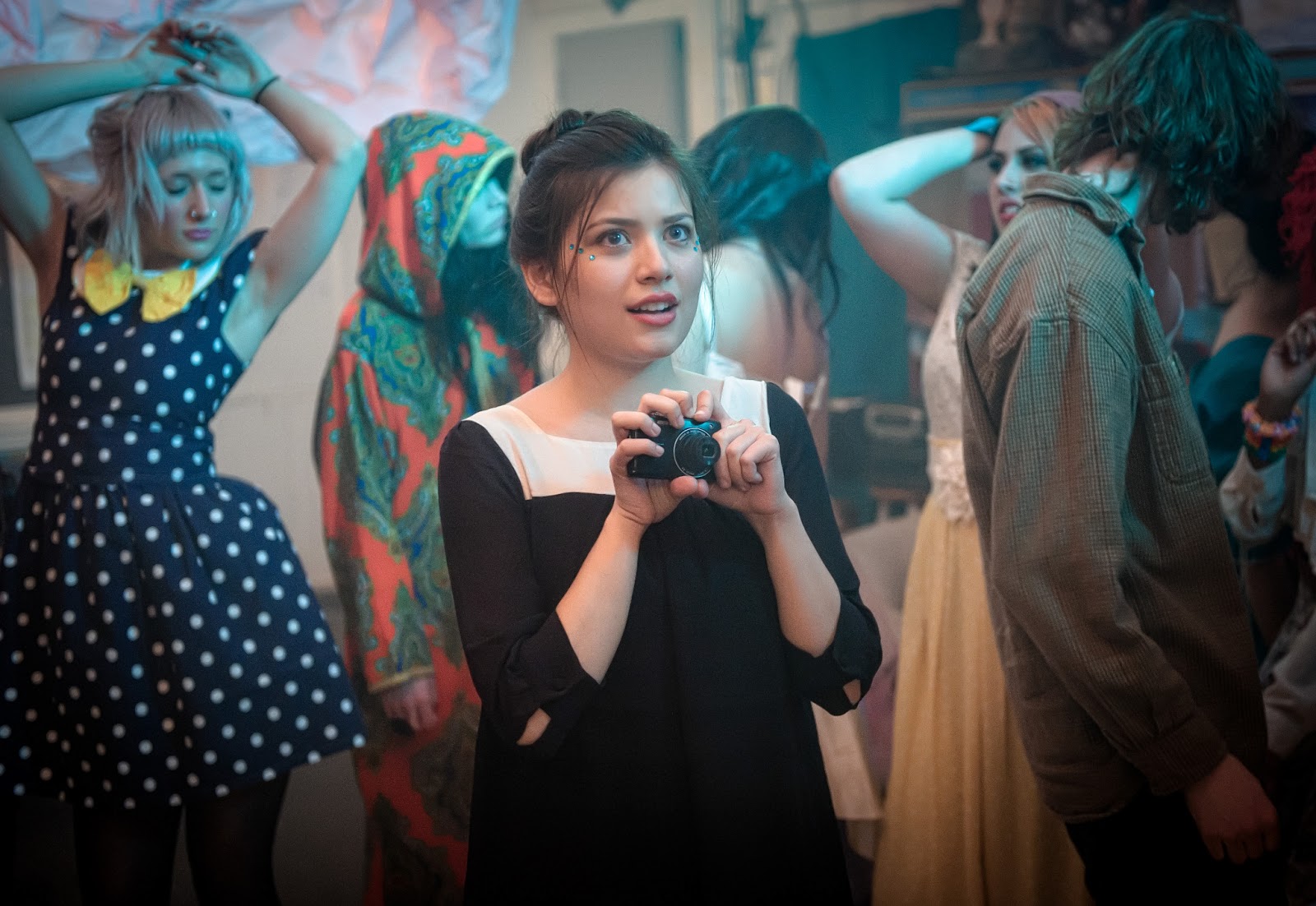 As Molly’s infatuation with Ben takes her on an unexpected detour to growing up, writer-director Sara St. Onge delivers a fabulous coming-of-age dramedy. Top praise is due to new star Lola Tash, who delivers a winning performance as Miss Molly Maxwell. Tash appears in virtually every frame of Molly Maxwell, and she brings a spunky energy that invests the audience in Molly’s dilemma even when the young heroine seems like a selfish, spoiled brat. There’s a striking moment in Molly Maxwell where Tash delights in Molly’s flaws, as she breaks down into a fit of laughter while trying to seduce her teacher. “I don’t know what to do!” Molly cries, as she pauses after unzipping her partner’s fly. Molly is, above all, an innocent, and Tash smartly plays Molly for her age, and not as some giddy-girlwoman who seems wiser beyond her years. Molly’s charm is her imperfection. Carrick matches Tash tit-for-tat, as he plays Ben with a charming ambiguity. Ben is too young to be the creepy old man, but he should know better, even if his boyish charm seems as youthful as Molly’s carefree spirit.

Molly Maxwell is a refreshing take on the teacher-student relationship. It’s much more buoyant than the riveting squeamishness of, say, Notes on a Scandal. Had one asked me six years ago if one could find anything new to say on the teacher-student relationship after the excellent Judi Dench-Cate Blanchett drama, I would have probably shaken my head; however, Molly Maxwell isn’t afraid to let the audience look at the predicament of its two protagonists with a critical eye. St. Onge’s story is hardly a black-and-white morality play on misguided affection, for neither Molly nor Ben are free of blame, but there is a sense that their relationship is rewarding, even though it feels wholly inappropriate. Whereas Notes on a Scandal looks at the affair from only the teacher’s point-of-view (seen through the imaginative gaze of Dench’s fanatical old battle-axe), Molly Maxwell puts the young girl’s confusion as its central dilemma and results in a mature, entertaining coming-of-age tale.

Parents and students alike are bound to find themselves squirming in their seats during Molly Maxwell’s racy study sessions. Even though Ben instructs Molly that “clothes stay on,” their relationship is so palpably taboo that it feels awkward—intentionally so—to sit back and watch Molly find herself in over her head. St. Onge makes their relationship unusually innocent, too, as she balances the sauciness with an innocuous charm. Take the scene that follows Molly’s botched seduction: she tries to hide her girlishness from Ben by ducking under his shirt, but even as she masks herself from his eyes, she creates the most intimate moment they share in the film.

Molly Maxwell adds another dimension to this coming-of-age story by giving the audience a look at the parents’ involvement in Molly’s dilemma. Mr. and Mrs. Maxwell, played with heart and humour by Rob Stewart and Krista Bridges, aren’t the typical dupes one sees in a film riddled with teen angst. The Maxwells have a laid-back unorthodox style of parenting—they never seem to confer, but rather parent the kids individually—and one can see that they want the best for their kids, but, like Molly, they don’t really know how to express themselves. Molly’s mother, for example, gives her daughter a gift-wrapped vibrator as her way of having “The Talk.” (Awkward!) Molly’s mother undergoes just as strong a character arc as Molly does, though, so the life lesson of Molly Maxwell is a family affair.

St. Onge makes an impossibly difficult scenario drolly humorous and quietly effective. The writer/director adds a hip, youthful vibe to Molly Maxwell with the aid of a stylish indie soundtrack and a loving eye for the character of Molly’s surroundings. Both the school and the city, lovingly shot by DP Catherine Lutes, are framed with a personality unto themselves.

Molly Maxwell feels utterly grounded and refreshingly natural. Few feature debuts manage to have such a flair for whimsical and quirky character, yet seem wholly based in the authenticity of their characters and setting. Molly Maxwell could mop the floor with Juno, since this troubled young girl is one of the most entertaining yet believable teens to hit the screen in some time.

Molly Maxwell is currently playing in Toronto at the Carlton.